Jeff Bezos’ Y721 sailing yacht finally has a name! The controversial Oceanco ship is allegedly called Koru per the AIS on Vesselfinder. The shipyard’s largest build is being moved from the primary facilities in Alblasserdam to Rotterdam through the country’s canals. Her masts will be fitted later to avoid dismantling the Koningshaven Bridge after all the hue and cry over dismantling a historical monument to accommodate a tycoon’s pleasure craft. 417ft Koru is christened after a Maori word meaning “new beginnings,” It was posted on Instagram by Jeff Bezos, who is thought to have commissioned the superyacht. The $500 million schooner first hit the water in August at Oceanco’s Alblasserdam shipyard as the biggest sailing yacht in the whole world. The vision was indeed spectacular, as Koru was almost twice the length of the Airbus A380.

Koru, the largest sailing yacht worldwide, will have support vessel YS 7512 for company-
Jeff Bezos’s superyacht has made waves since the Amazon co-founder commissioned it in 2018. The 246 feet support vessel was signed in 2019 with Damen Yachting. YS 7512 support vessel is humongous, offering more than enough space to house an arsenal of tenders and toys, marine gear, and store emergency relief support equipment. Wright Maritime Group supervised the making of this boat with an eye-catching grey hull flaunting an orange stripe running across the length. 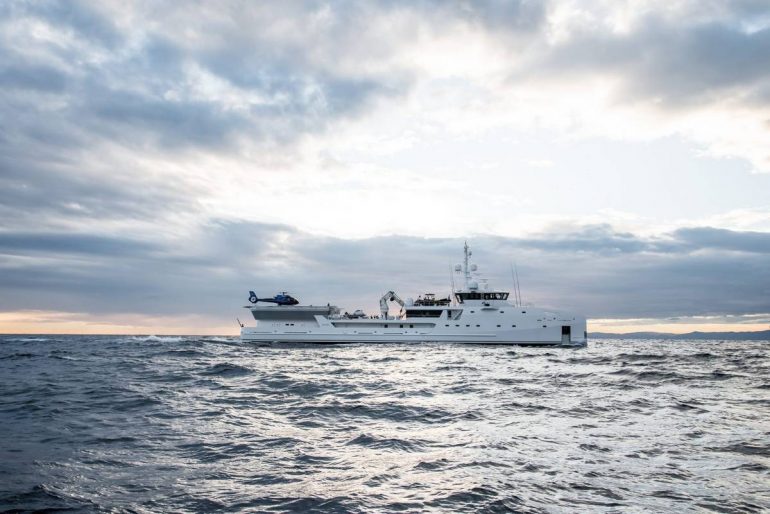 The ship includes a helipad and hangar for a D14 value helicopter. A total of 45 people, including crew, guests, and specialist staff, can comfortably reside onboard.


Koru, a man-made wonder taller than the Great Pyramid of Giza-
Bezos’s sprawling 417ft yacht came with an exuberant $500 million budget that seemed utterly justified when the spectacle was glimpsed at the Zwijndrecht shipyard in West Netherlands. With three enormous decks, a bowsprit, a colossal black hull, and an elegant contour, yacht builder Oceanco outdid the revered Black Pearl ship, known to be one of the world’s largest and most ecological yachts. The three decks will feature amenities like an on-deck swimming pool, a movie theatre, several lounges, and business areas dotting the enormous decks.
Tags from the story
Jeff-Bezos, Superyacht