Europe has slowly begun to crawl out of the coronavirus pandemic situation and the popular touristy locations are already seeing a considerable footfall. This also means the famous driving roads in the Alps with its beautiful and thrill-inducing twisty sections are set alive by thunderous supercars zipping around more often. You’ll expect people to be a bit rusty behind the steering wheel after the Covid-19 lockdown; driving on those tricky roads has never been easy either. And we already have the first serious crash involving a Bugatti Chiron, a Porsche 911, and a Mercedes-Benz C-Class estate, leaving behind a trail of destruction. The incident happened at the scenic Gotthard Pass in Switzerland. It is believed that a slow-moving motorhome was holding up traffic behind it, which included the three cars that eventually were involved in the crash. The Chiron and the 911 were driving behind the Mercedes and the impatient driver of the Chiron decided to pull-out and stamped on the throttle to overtake the two cars in the front and the motorhome. However, the 911 is thought to have also pulled out at the same time and the Chiron ended up rear-ending the Porsche, sending it out of control and crashing into the Mercedes. 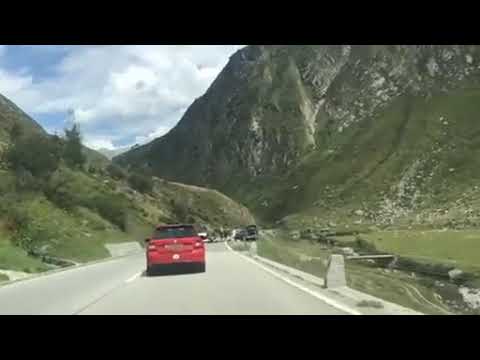 There are no videos of the crash but several clips and pictures of the aftermath went viral on different social media platforms. By looking at pictures, the 911 Carrera GTS appears to be completely destroyed having hit a concrete barrier. The Bugatti’s front end took most of the brunt with the horseshoe grill warped out of shape, the carbon fiber bumper cracked, and the hood popped-out thanks to the hypercar’s pedestrian protection system. Thankfully, no lives were lost in the accident and only one passenger in the Mercedes-Benz suffered injuries serious enough needing a visit to a nearby hospital. According to reports, the incident resulted in property damage worth 3.7 million francs ($4.06 million). This is also the first reported crash of a customer-owned Bugatti Chiron. The only other Chiron crash happened in 2016 at the Volkswagen test facility in Germany at the hands of a test driver. 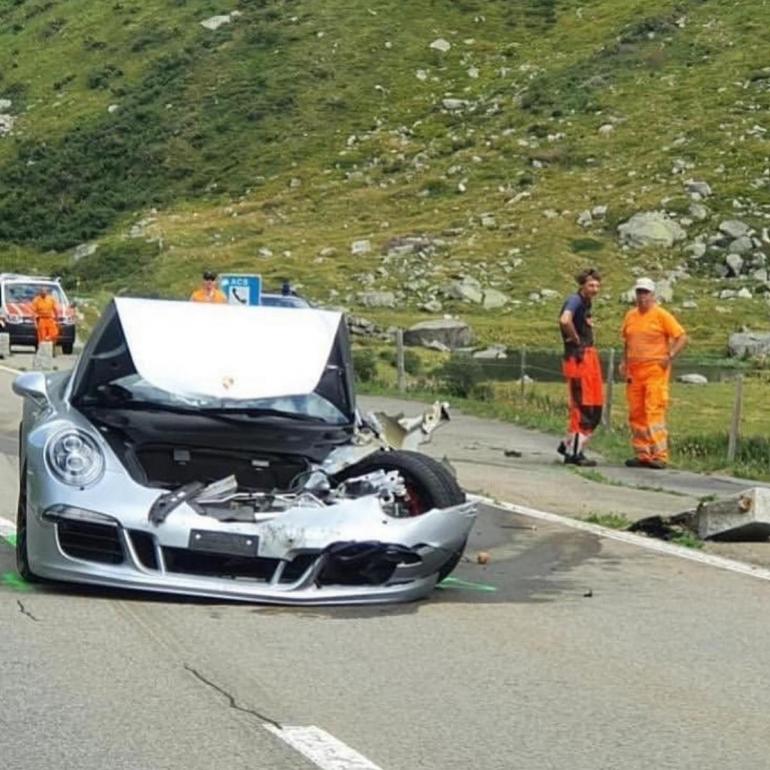 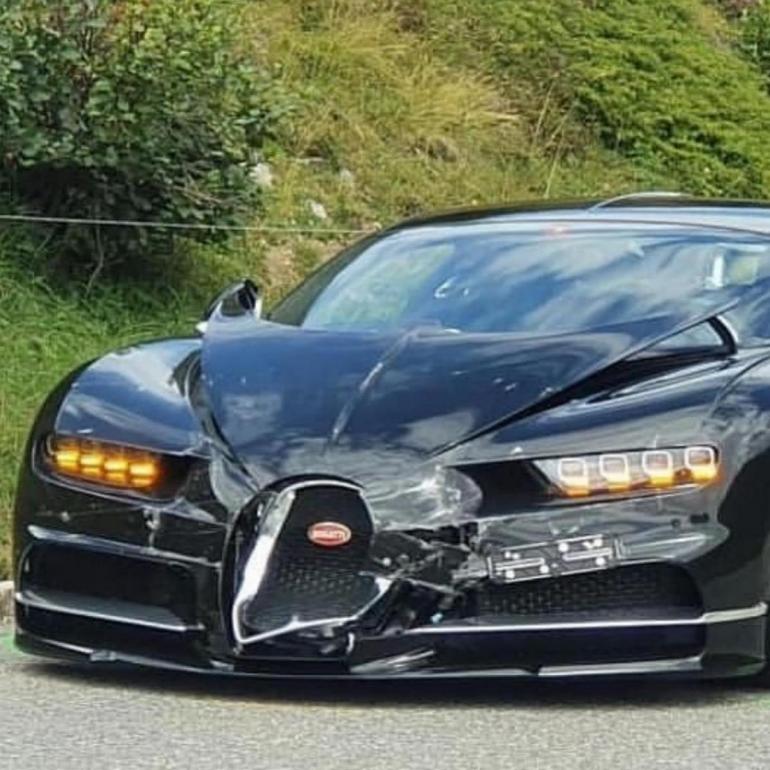 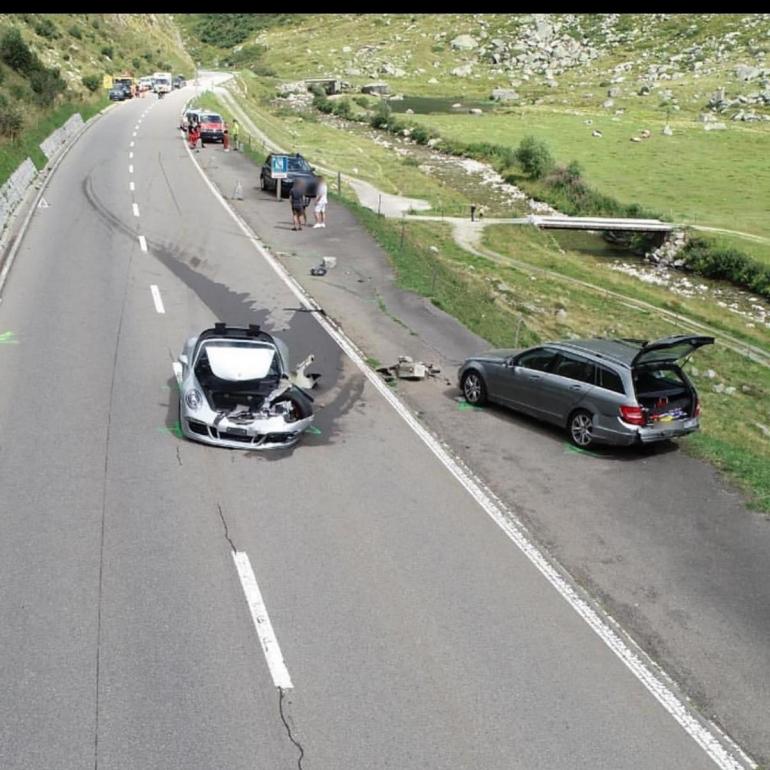