No one likes a crash, not even millionaires who can afford them. And when stunning superyachts crash, watching such beauties break is truly heartbreaking. In the past too we reported a $75 million luxury yacht built for Roman Abramovich smashed into a Caribbean dock and another $24 million luxury yacht weighing 160 tons plowed into smaller boats docked at a port. In the latest news, a 235ft-long superyacht GO from Turquoise Yachts, a custom creation estimated at some $90.5 million smashed into a luxury Caribbean yacht club’s pier, causing ‘very significant’ damage, after suffering a computer malfunction. The costly collision took place at the wooden dock of the Sint Maarten yacht club in the Caribbean. The stunning turquoise-hulled vessel is owned by Capri Sun juice tycoon Hans Peter Wild, 79. The vessel that tore through the wooden dock and a concrete wall flaunts a helipad, gym, steam room, swimming pool, and its own hospital onboard. Sint Maarten Yacht Club’s dock has been closed until further notice while the extent of the damage is assessed. A note posted by them read: ‘As most of you will have heard by now, this morning an accident occurred with a mega yacht. They lost control over the vessel and hit the dock of the Sint Maarten Yacht Club. Nobody was injured and the damage is solely structural, however, it is very significant. We are currently assessing the extent of the damage to make a plan to rebuild.’

A video has been recorded which shows the vessel crashing into the concrete boundary and an onlooker can be heard saying ‘Oh my God’ over and over again. Not only will repairing the superyacht be an ordeal even the work on repairing the docks could take months. 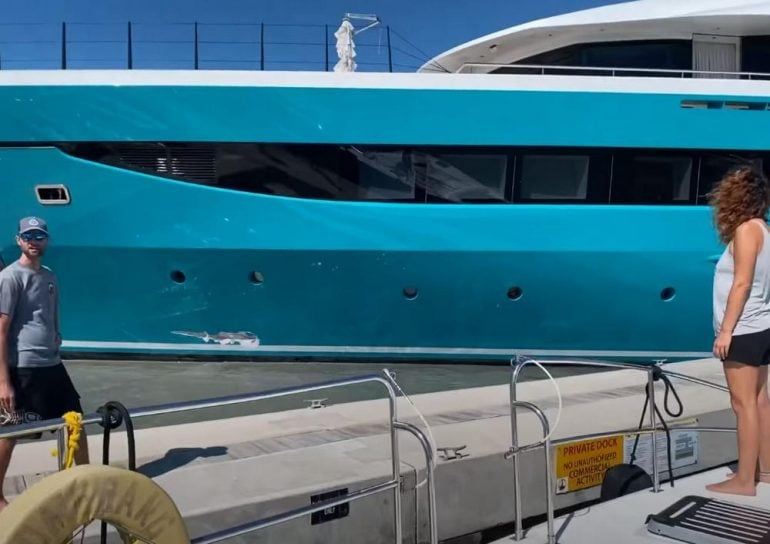 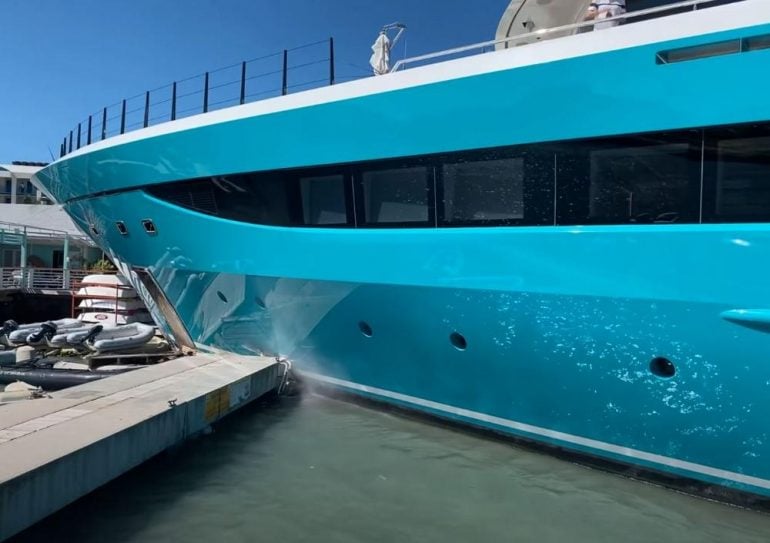 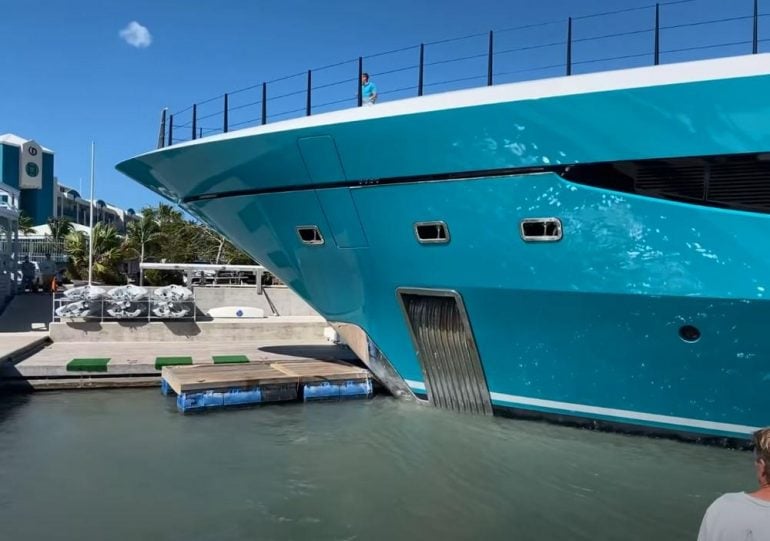 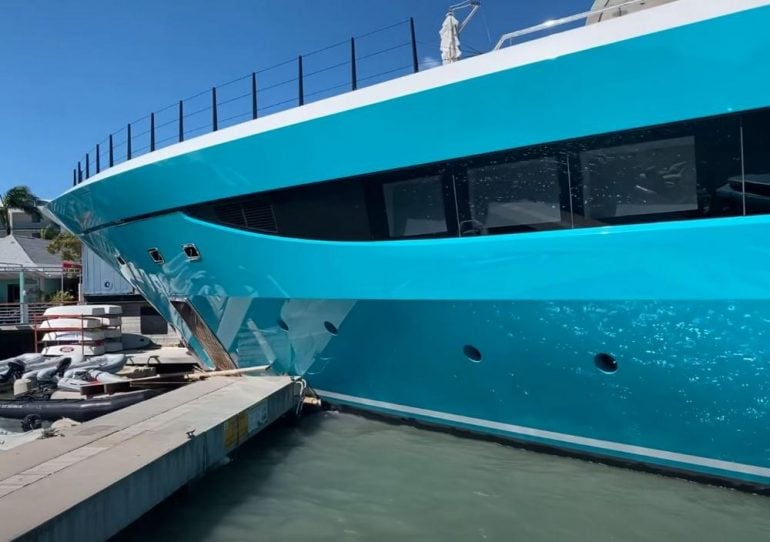