In the early ‘70s, a 750cc two-stroke Kawasaki triple named H2 ushered a new era of high performance street machines in the world of production bikes. The motorcycle was so frighteningly fast that it was infamously called the ‘widow-maker’. Four decades later, Kawasaki decided to revive the legendary name in the form of a motorcycle that promises performance that has never been seen on a production motorcycle ever. The Japanese company had launched a month long teaser campaign to build up the hype, and it was finally unveiled by Kawasaki at the ongoing Intermot Cologne show. So is the motorcycle mad enough to live up to the hype? Well, let’s just say the word ‘special’ doesn’t do justice to the new Kawasaki Ninja H2R. It not only stands up to the reputation but rather takes it a whole new level. You ask how? The motorcycle packs in a jaw-dropping 300hp (a figure that’s even good enough for a small sportscar). 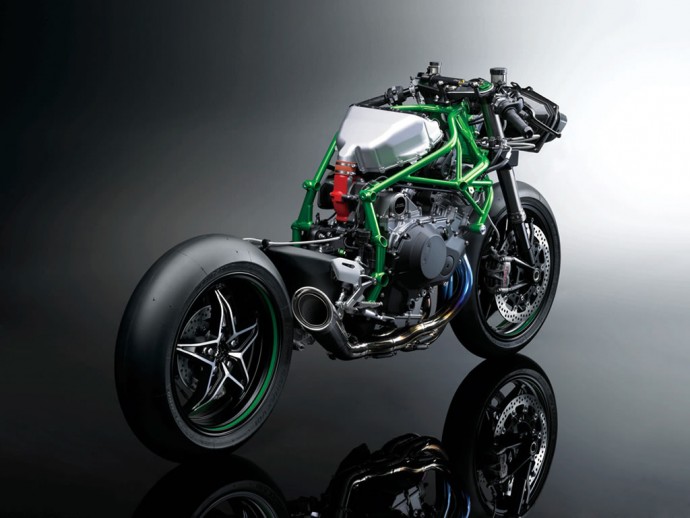 Just to put things in perspective, the championship-leading Honda MotoGP racing motorcycle of Marc Marquez has 30 less horsepower than the Ninja H2R. Even the fastest production motorcycles like BMW S1000RR and Ducati 1199 Panigale have less than 200hp. The carbon fiber-clad monster is powered by a 998cc inline-four engine with forced induction. It has centrifugal supercharger, developed in-house with assistance from KHI’s aerospace division. Instead of aluminum, the bike’s trellis frame is made from steel and a single-sided swingarm, a first for Kawasaki, holds the rear wheel in place. Even the bodywork made out of carbon fiber is over the top. The cowl was designed with assistance from the company’s aerospace arm and the wings on the body will provide extra stability at high speeds. Though this is a production ready motorcycle and not a prototype built for shows, but it isn’t street legal and is only made for tracks. Kawasaki will reveal a road-legal version of the Ninja H2R at this year’s EICMA show. Have a look at the video after the jump; it’s the wildest production motorcycle to have been launched in a long, long time. 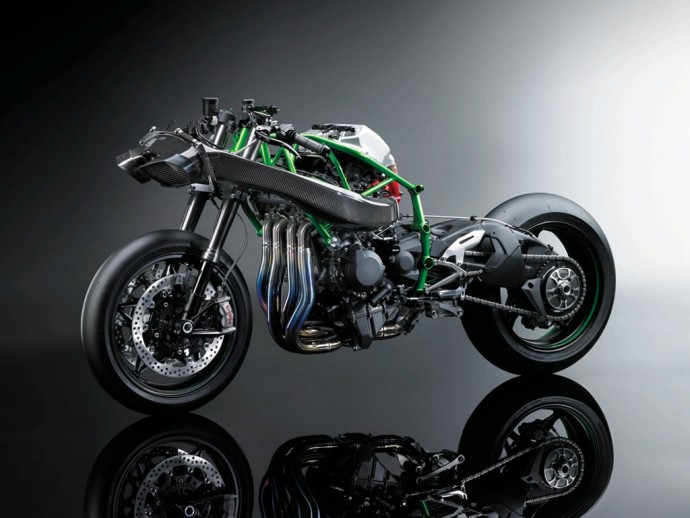 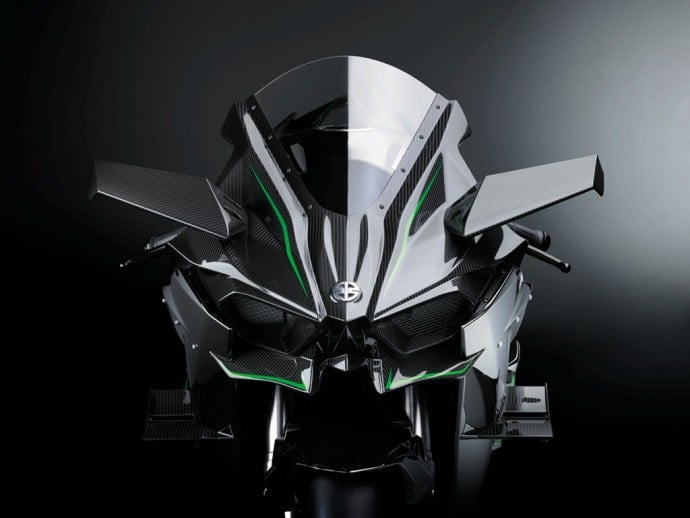 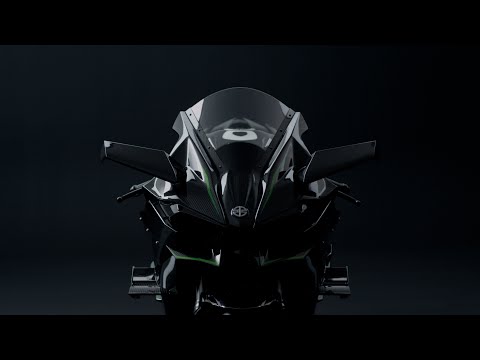 Tags from the story
Kawasaki, Motorcycles