You have to be really foolish to think the 641-hp Lamborghini Urus is not fast enough. In fact, the Italian manufacturer’s “Super SUV” with its mad performance can easily shame some really capable sports cars on the race track. Yet, it didn’t stop Lamborghini from giving the Urus its celebrated Performante treatment. Behold the 2023 Lamborghini Urus Performante, a hotter version of the sporty crossover that arrives with a slight bump in output, tweaked aero, and even wider wheels. 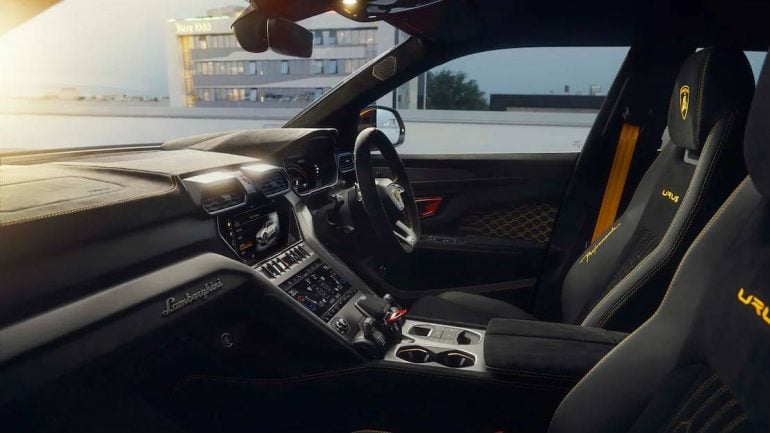 Starting with the powertrain, Lamborghini has massaged the 4.0-liter twin-turbo V8 in the Urus Performante to increase the output by 16hp, taking the total output to 666hp. The torque figure remains unchanged at 627 pound-feet. Don’t let the power figures fool you; Lamborghini has employed different tactics to extract more performance rather than just adding power. 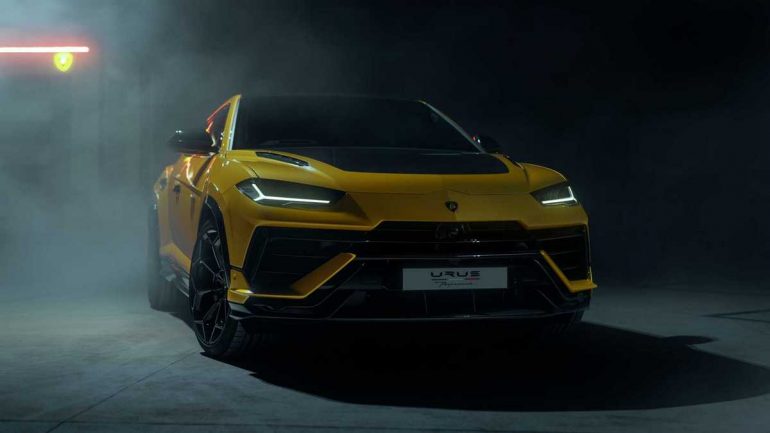 Just like what it did with the Huracan Performante, Lamborghini shaved off all the excess weight to improve the power-to-weight ratio. The Urus Performante is lighter by 104 pounds than the regular model. As a result, the Performante is three-tenths quicker in the 0 to 62mph sprint, which now takes only 3.3 seconds. The top speed has not changed from 190mph, which is 3mph slower than the Aston Martin DBX707. For better handling and performance, Lamborghini has lowered the chassis by 20 millimeters, while the track has been widened by 16mm, which should make the SUV more stable. 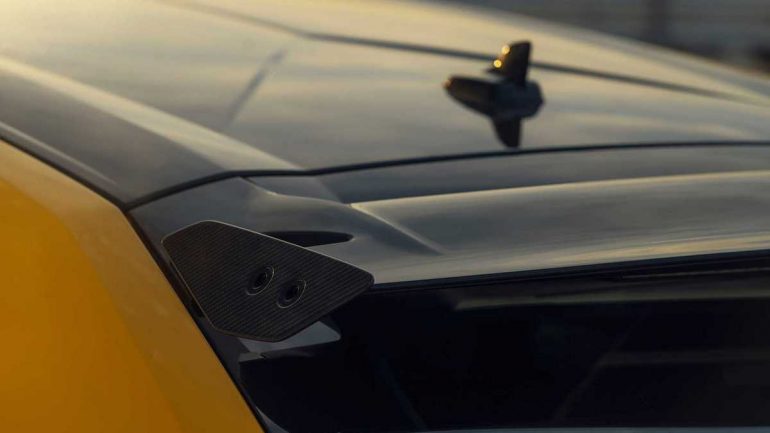 The Urus Performante also features a more aggressive aero package that includes a tweaked version of the roof-mounted spoiler. It features carbon fiber fins derived from the Aventador SVJ to help increase rear downforce by 38 percent. Lamborghini claims the overall downforce has increased by 8 percent over the regular Urus. 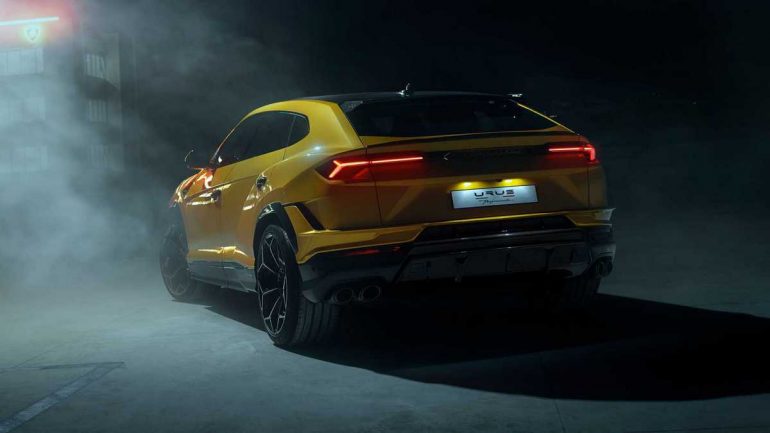 Additionally, the Performante has a new differential for more efficient torque distribution and a quicker rear-wheel-steering system. The air suspension from the non-performante spec Urus has also been replaced with steel springs. The changes to the cabin are subtle, which include a new hexagonal seat stitching, a Dark Package, and revised graphics for the driver’s display and infotainment touchscreen. 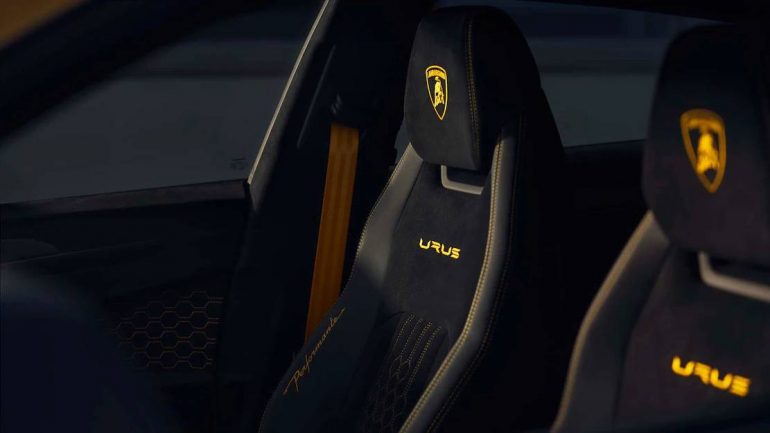 The Lamborghini Urus Performante has a starting price of $260,676 in the United States and the deliveries are expected to start by the end of 2022. 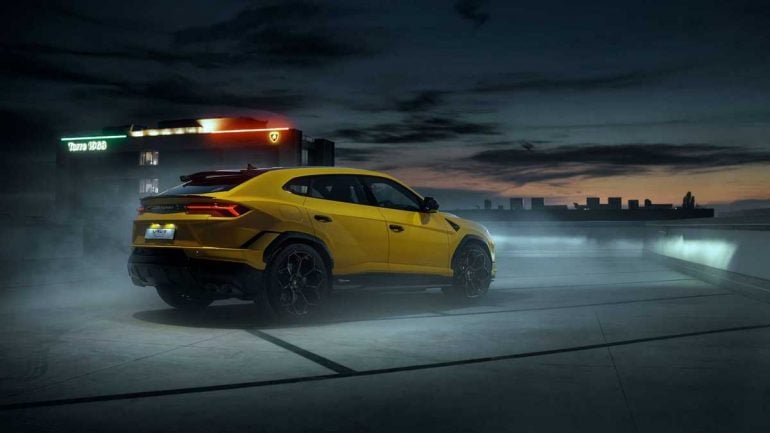 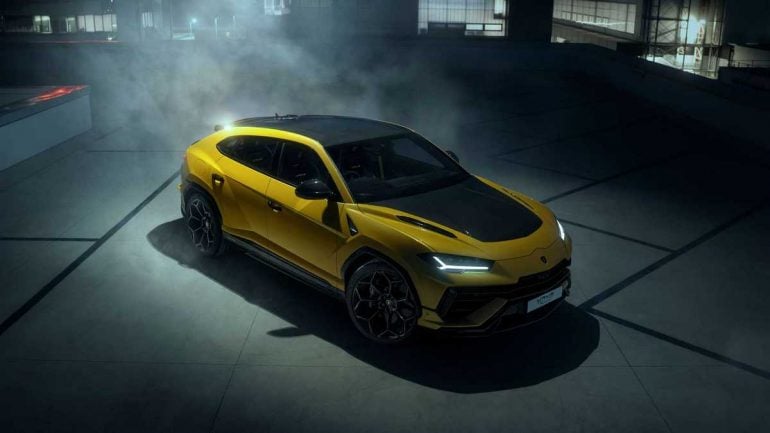 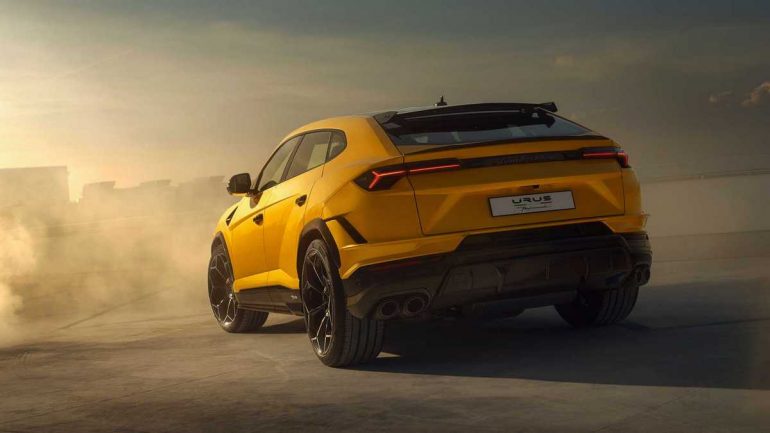 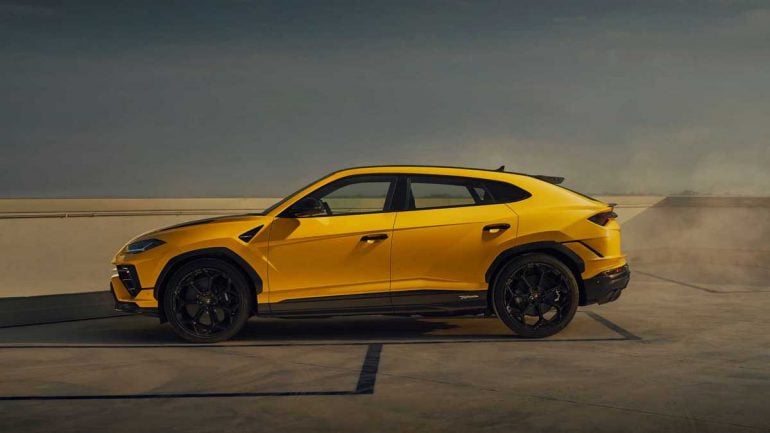 Tags from the story
Lamborghini, SUV