The Lamborghini Veneno Roadster might share its underpinnings with the Aventador, but no one needs any sort of convincing for the $4.5 million price tag of the most outrageous beast in the automotive world. My lexicon runs short of adjectives to describe its stellar credentials and when Lamborghini introduced the roadster for the first time in October this year, the world went weak at the knees. To give this over-the-top machine an over-the-top debut, Lamborghini chose a fitting introduction to showcase the Veneno Roadster to the world. The Lamborghini’s newest flagship made its debut atop Italian navy’s newest flagship MM Cavour, an aircraft carrier warship, docked in Abu Dhabi as part of a trade mission to the Middle East and Africa.

Showcased alongside other fire-breathings beats including the Harrier II jets, the Veneno Roadster put up a scintillating show. The event was part of a UAE Italian industry showcase, with Lamborghini chosen to represent the Italian car industry at the ‘Italian evening’ on December 1. The Lamborghini Veneno is powered by a 6.5 L V12 engine which has been tuned to produce 740 hp; with its massive wing on the back and sharp edges of the bodywork, it looks at home on the warship except for the bright crimson red color paintjob. 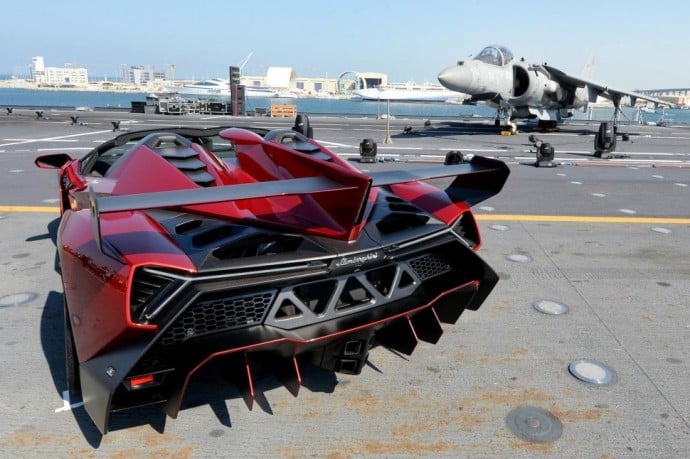 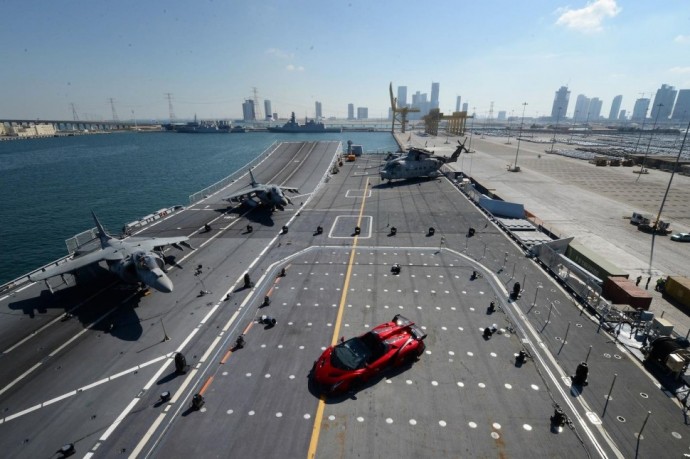 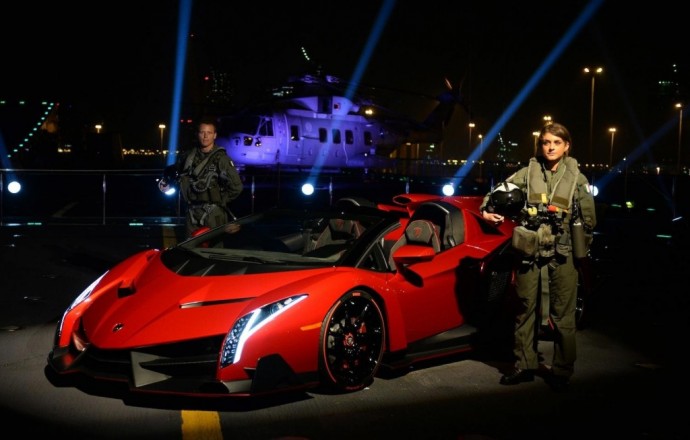