Yes, Land Rover has come up with yet another special edition Defender after introducing the Heritage models and the Rugby World Cup car earlier this year. In fact, the British marquee is going to use every opportunity between now and December to mark the end of its production. On this occasion, Land Rover marked 67 years of production with a unique vehicle to commemorate the UK production of the two millionth Series Land Rover and Defender. The automaker invited few people close to the brand to build the 2,000,000th Series Land Rover/Defender at the Solihull factory.

This special one-off will be auctioned by Bonhams on December 16, with funds going to the International Federation of Red Cross and Red Crescent Societies as well as the Born Free Foundation. “Over 67 years, the Series Land Rover and in turn Defender has been the transport of choice for explorers, charity organizations, farmers and even royalty. Throughout history it has helped pioneers to reach the unreachable,” said Dr Ralf Speth, chief executive of Jaguar Land Rover. 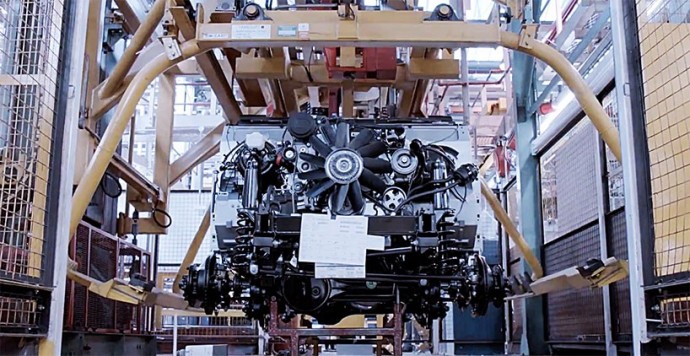 The distinct finishing touches on the one-off include a map of Red Wharf Bay, where the original Land Rover design was drawn in the sand, which is etched into the exterior along with a Defender 2,000,000 badge. The no. 2,000,000 logos are also stitched into the headrests and the Red Wharf Bay graphic is featured again on the leather and cloth seats.