In January this year, Land Rover introduced three special edition variants of the Defender to mark the end of production of the iconic model. However, it seems like Land Rover doesn’t feel it’s enough to give the Defender a fitting send off. Land Rover’s Special Vehicle Operations (SVO) has collaborated with British designer Sir Paul Smith to build a one-off bespoke Defender to mark the final production months of the iconic car. As it turns out, Sir Paul Smith is both a Defender fan and owner, which led to their collaboration. The one-off Land Rover Defender with a multi-colored exterior and a bespoke interior finish features hand-finished artwork. 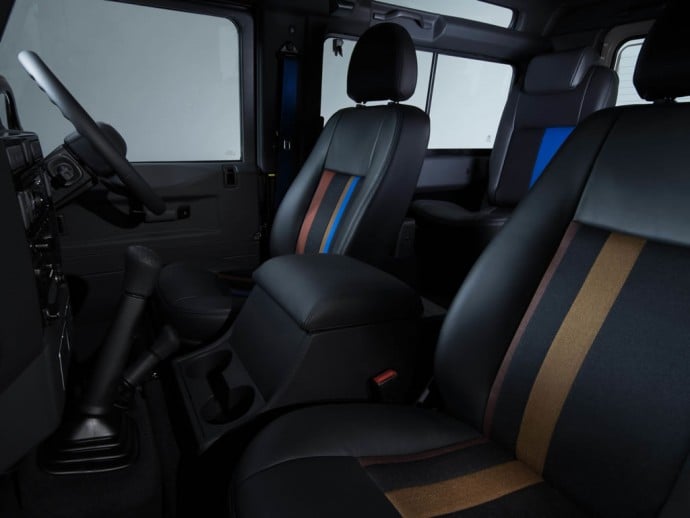 There are 27 different paint colors on the body, including Smith’s trademark stripes, most of which were mixed especially for this vehicle from Pantone color references provided by the designer. “I wanted deep, rich colors, but at the same time, I wanted them to work together yet be surprising,” he said. The Defender is a British icon, which is something I’m exceptionally proud of,” Paul added. “I keep a Defender at my home in Italy which is in the middle of the countryside, so it’s the perfect vehicle to cope with the rugged terrain.” 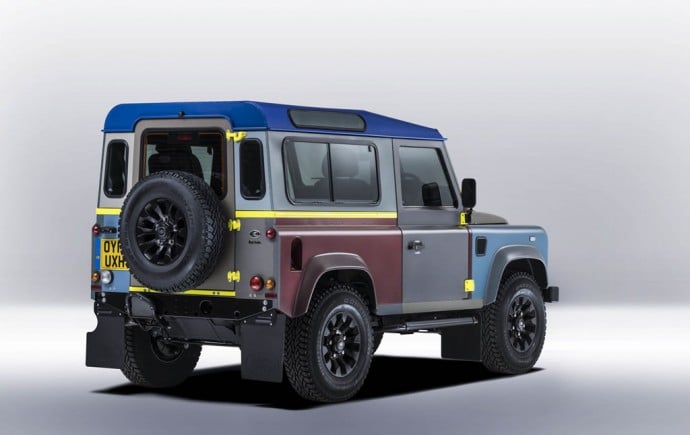 Gerry McGovern, Design Director and Chief Creative Officer of Land Rover, added: “I felt it would be a fitting tribute to the iconic Defender, that one of Britain’s most distinguished designers worked with the Land Rover team to recognize his creative vision.” The one-off was launched recently outside the designer’s store on Mayfair’s Albemarle Street and it won’t be offered for sale. Land Rover has made it just for the celebrating the record-breaking production run of its first car, which began in 1948, just two years after Smith’s birth in Nottingham.

Tags from the story
Land-Rover, Paul-Smith