This is the brand new, 2015 Land Rover Discovery Sport, the first model in the second phase of Land Rover’s three-pillared regeneration plan, or basically the new Freelander which has been around for almost 17 years, spanning two generations. The long awaited SUV model packs in quite a few neat tricks and comes with the perfect blend of serious off-road ability and modern sleek design that echoes the stunning Range Rover Sport. The LR Discovery Sport has been comprehensively redesigned and lengthened compared with the compact Freelander, with new rear suspension and a ‘five-plus-two’ seating layout. Like the Evoque and Land Rover Freelander, the 2015 Land Rover Discovery Sport features a transverse-mounted engine and standard four-wheel drive. 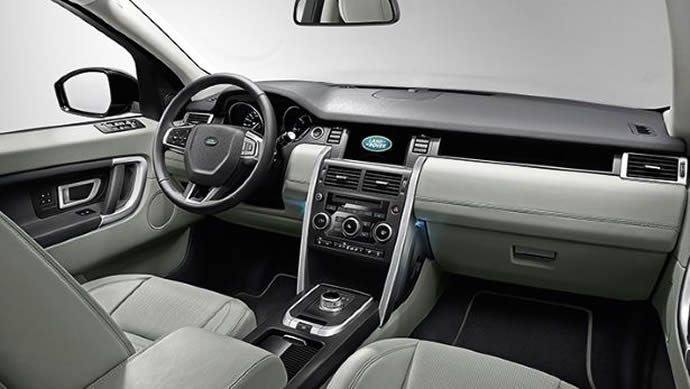 The new Discovery Sport will initially be available with a range of three petrol or diesel engines, each with four cylinders. The petrol variant is powered by the 2.0-liter turbocharged I-4 from the Evoque making 240 hp at 5500 rpm and 250 lb-ft of torque at 1750 rpm; the power is channeled to the wheels via a ZF nine-speed automatic transmission and standard Haldex all-wheel-drive system. The eD4 diesel variant with two-wheel drive will arrive later in 2015. In addition to the launch of the new model, Land Rover also announced its Galactic Discovery contest, in cooperation with its partner, Virgin Galactic. Four lucky winners will get a once in a lifetime chance to take a trip to space aboard one of Virgin Galactic’s crafts. The Prices start below $40,000; $37,995 to be precise for the base variant which excludes the destination charge of $925. It will go on sale in early 2015.