We at Luxury Launches normally don’t cover concept cars but we make exceptions to that rule only when something drool-worthy yet significant comes up. From being cash-strapped in 2008 to its current dominant position in the automotive industry, Land Rover has seen a huge swing in their fortune in the past seven years. The British Marquee has been teasing its new Discovery Vision Concept for the past one month and recently showcased the amazing transparent bonnet technology in action. And now Land Rover has finally taken the wraps off the Discovery Vision Concept a couple of days in advance of the 2014 New York International Auto Show. LR sure knows how to grab the attention of everyone with each of their new unveils; the brand had roped in Daniel Craig for unveiling the Range Rover Spot at last year’s New York Auto Show. How do you top it you ask? Unveil it atop an aircraft carrier sharing the deck with a Lockheed SR-71, Concorde, a Space Shuttle and the Virgin Galactic spaceship. 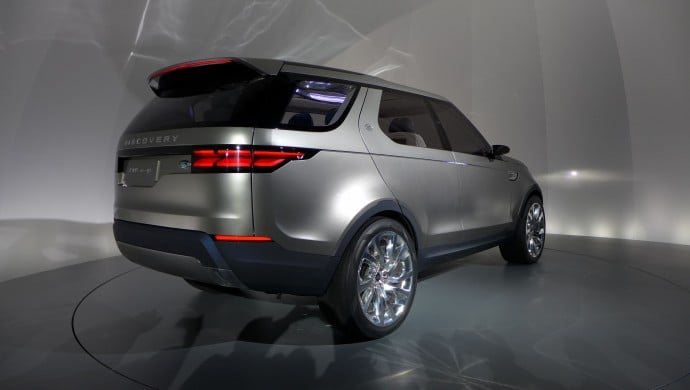 The glitzy event took place yesterday place on the deck of the USS Intrepid, now serving out its retirement as the Intrepid Sea, Air & Space Museum in the Hudson River in New York City where LR also announced a long-term partnership with Richard Branson’s Virgin Galactic. The concept vehicle is feature laden and innovations that were showcased include an autonomous drive feature, gesture control, smart glass, new age Terrain Response with laser scanning capability, and a X-Ray like system that displays the terrain below the vehicle on the bonnet. The front-end of the concept looks similar to the refreshed line-up of the brand and has instantly recognizable sleek headlights. The vehicle has suicide doors and huge 23 inch alloy wheels. On the inside, the interior is very impressive but the central dash resembles the Tesla Model S. Another central feature of the interior is the massive panoramic roof, which has a large integrated LED cabin light which provides adjustable ambient lighting. It would be interesting to see how many of these amazing features from the concept vehicle trickle down to the production variant, but nevertheless, the Land Rover Discovery Vision Concept is awe inspiring. 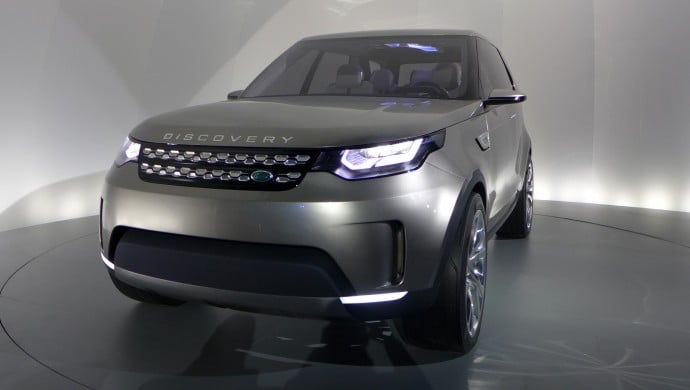 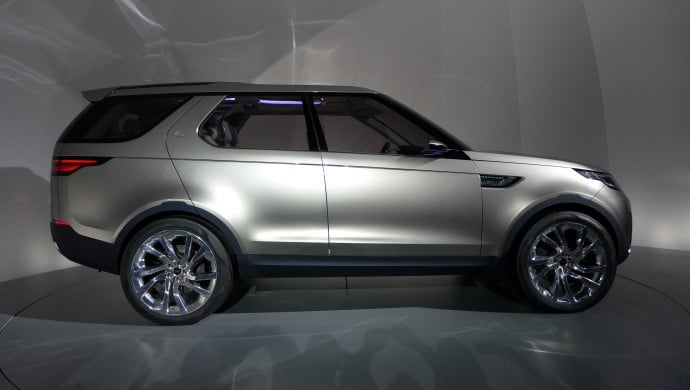 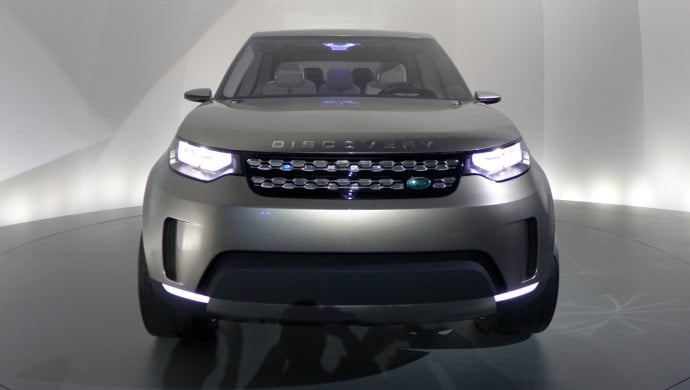 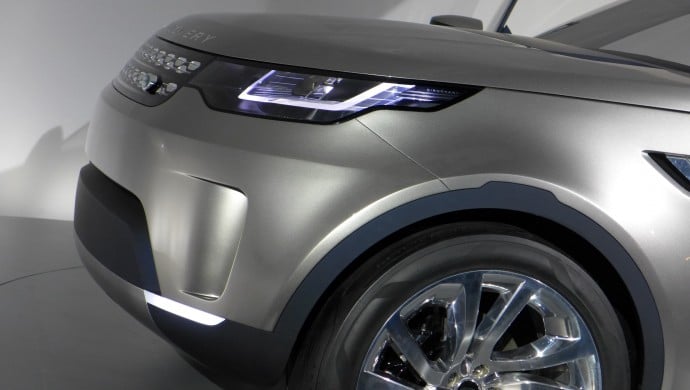 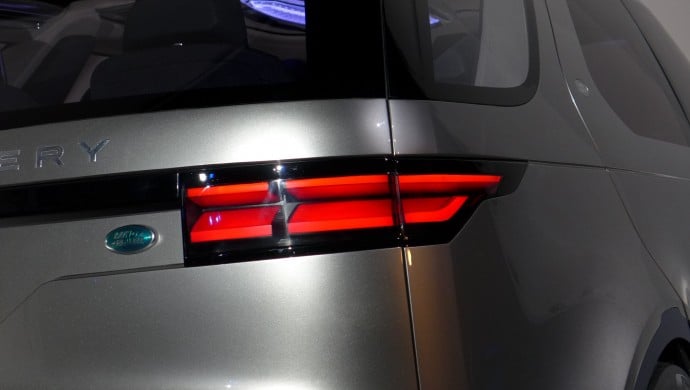 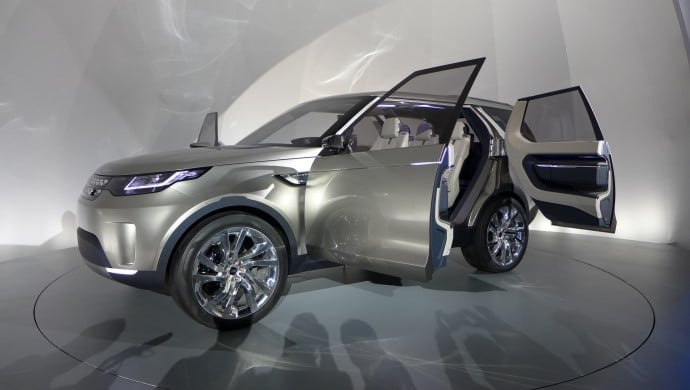 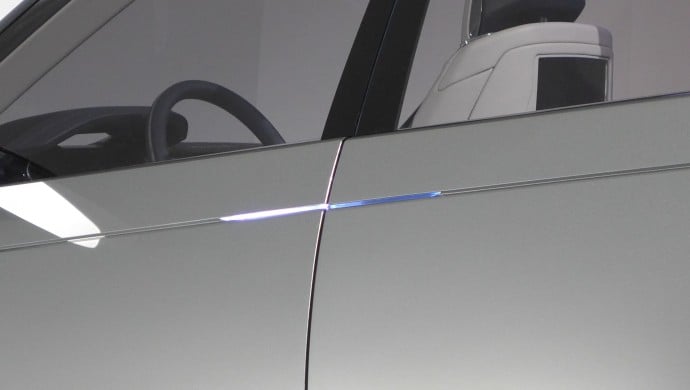 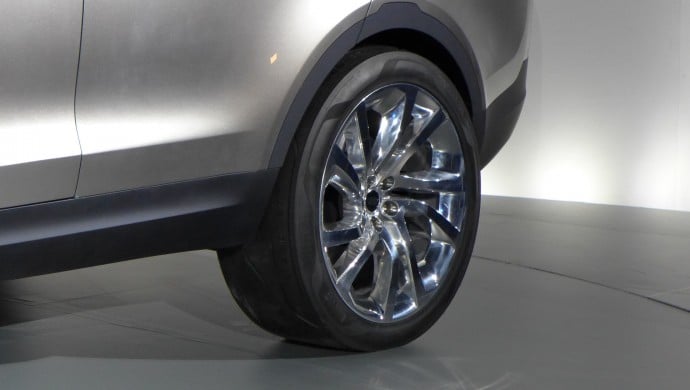 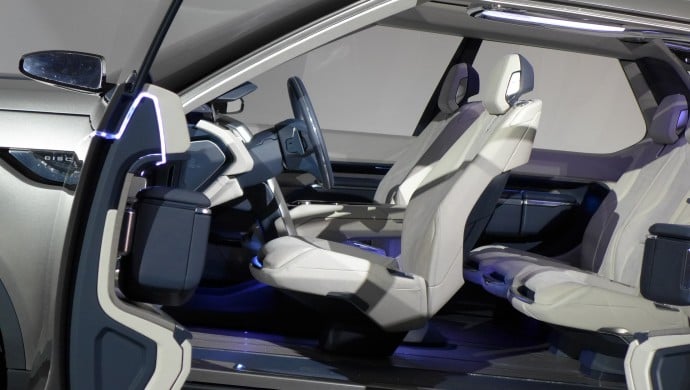 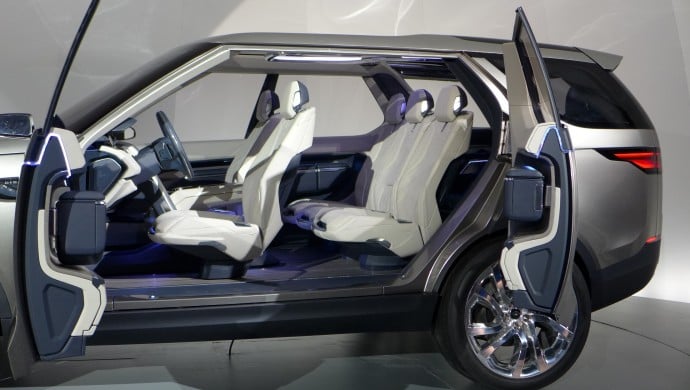 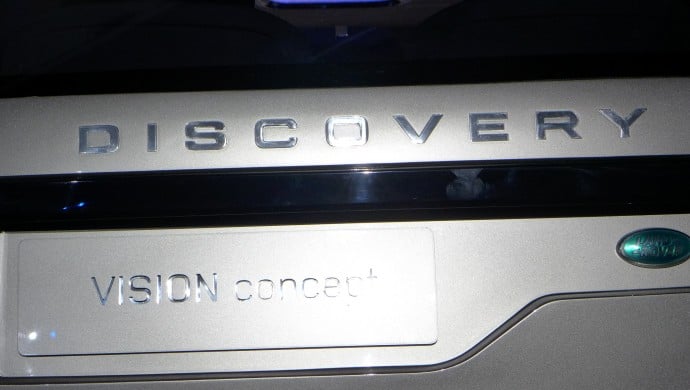 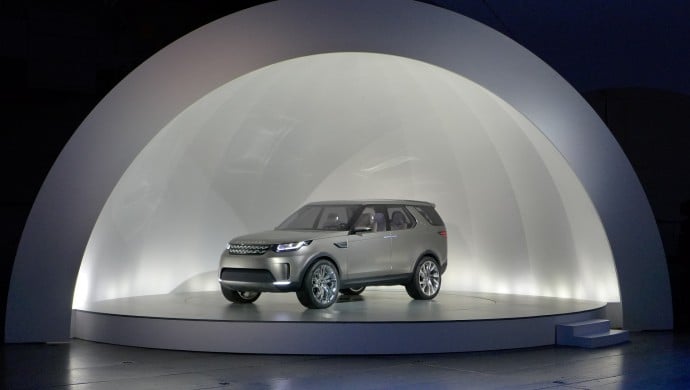