Lazzarini Design, an Italian design studio founded by Pierpaolo Lazzarini, is known for its over-the-top yacht concepts, and its newest design study is no different. Behold the Plectrum, a 74-meter luxury superyacht concept equipped with massive hydrofoil fins. The concept is claimed to be inspired by contemporary America’s Cup sailboats, specifically the Luna Rossa design, and would become the biggest vessel in the world to be equipped with foiling technology if it ever enters production. The designer has envisioned a flexible design for the superyacht’s foiling system where the width of the fins can be adjusted according to the cruising needs. According to Lazzarini, the flexible design will create “a different super yacht configuration which will allow much faster sea traveling than conventional similar size ships.”

The Plectrum’s propulsion system is equipped with a trio of motors powered by hydrogen fuel cells which are capable of producing 5000hp each. 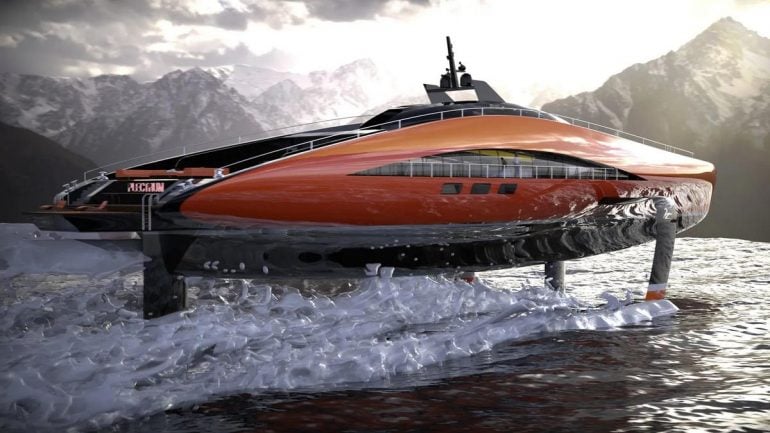 Undoubtedly, 15000hp is enough to lift the vessel above water with the help of the hydrofoil fins and give it a top speed of 75 knots, which is insane. Obviously, there are plenty of reasons why this has never been done before, and weight is one of them. Lazzarini claims the vessel will be built entirely out of dry carbon fiber composite materials to keep the weight as low as possible. 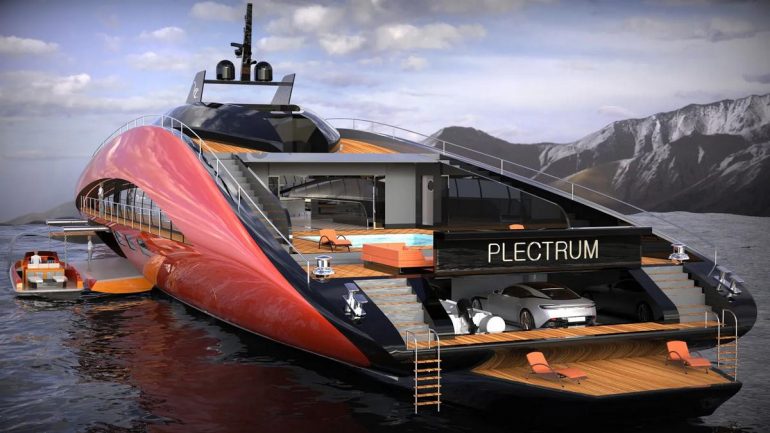 As far as the design is concerned, the Plectrum concept features an aerodynamic shape with a flowing design to minimize drag. Rendered in candy orange with black accents, the superyacht looks pretty good. The bow features a Rolls-Royce-like hood ornament which appears to be made of crystal and is fully retractable. The living spaces are split across four decks and the vessel gets six guest cabins and an owner’s suite. 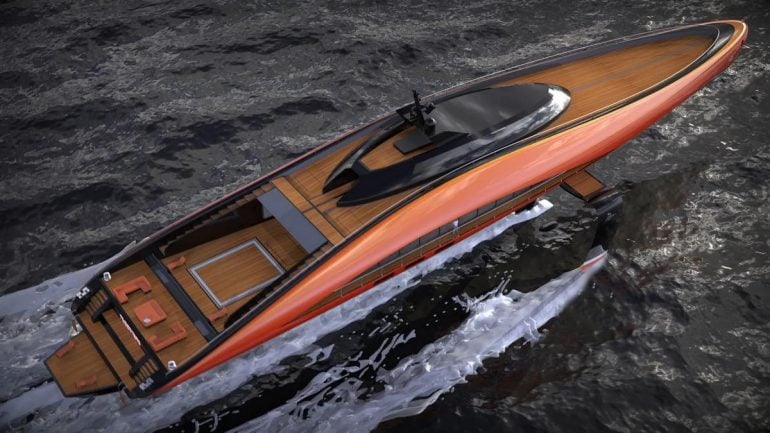 The bow also features a retractable helipad, while there’s a garage for a car at the stern. Additionally, there’s a tender garage midship that can hold a speedboat for quick trips to the shore. While a hydrofoil vessel of Plectrum’s size is theoretically possible, it would be too complicated and expensive to build. Let’s see if this concept ever sees the light of day. 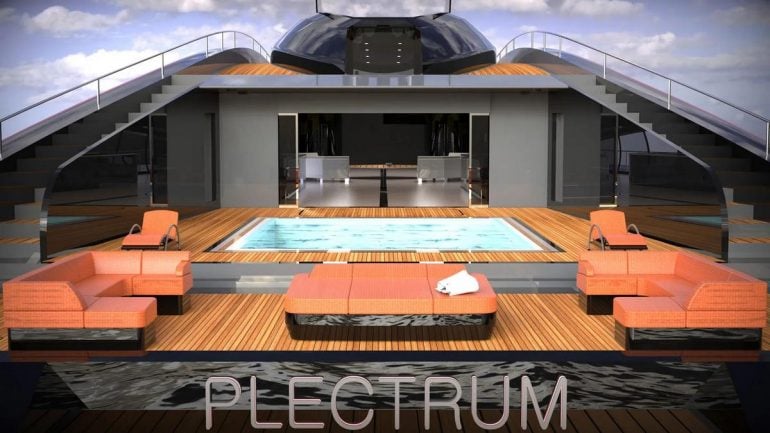