Formula 1 is on a summer break until August 29, and most of the drivers are enjoying their three-week vacation doing different things. Seven-time F1 world champion Lewis Hamilton was seen spending his time at his favorite vacation place – Monaco. Plenty of videos and pictures of Hamilton driving his one-off Pagani Zonda on the roads on Monaco have flooded the internet over the last few days. While a hugely successful racing driver enjoying his time off driving a rare supercar should not really raise eyebrows, but we are talking about controversy’s favorite child Sir Lewis Hamilton here! People immediately started calling Hamilton a big-time hypocrite.

Well, you see, Hamilton, in an interview with Reuters in 2020, expressed his desire to adopt an environment-friendly lifestyle and take active steps to offset the massive carbon footprint generated by Formula 1 cars. It included a vegan lifestyle, selling off his private jet, being driven to and from airports in EVs, and replacing most of his gas-guzzling exotic automobiles with electric cars. Most saw that as a pathetic attempt at promoting the EV line-up by Mercedes, including the EQC and EQS. While the Zonda is powered by an AMG-sourced naturally aspirated 7.3-liter V12 engine, it’s not environment-friendly from any angle. 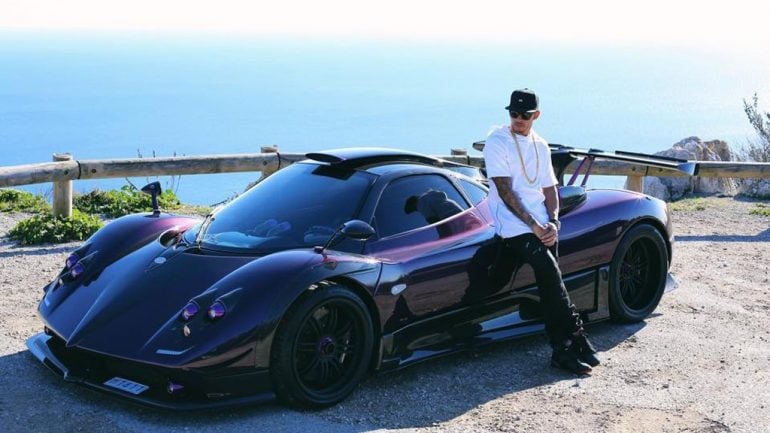 That’s not all; Hamilton had previously described his Zonda as not his favorite car while speaking to The Sunday Times a couple of years ago. He said: “The Zonda is terrible to drive! It’s the best-sounding car I own, but handling-wise it’s the worst. I got it in manual because I didn’t like the Tiptronic version.” Yet, he was seen driving a car that he doesn’t fancy driving the most. Well, the ridicule might be a tad harsh, but everyone should remember their previously made statements, especially when they sound preachy. Something similar happened with Arnold Schwarzenegger a few years ago. The Hollywood star is a vocal supporter of EVs and sustainable mobility but was spotted driving a tank-like military vehicle to run errands.

Tags from the story
Pagani-Zonda