BMW Japan has announced the limited edition 7 series V-12 Bi Turbo edition. Effectively combining the performance of the M series and the luxury of a 7 series the flagship saloon is the best BMW money can buy. Starting with the engine the car is powered by a mighty 6.0 liter V-12 Twin turbo engine with double VANOS technology delivering 554 HP. In addition to the M aerodynamic package the car comes with 21 inch V-spoke styled alloys, Nappa leather interiors which are manufactured using piano lacquer technology, the iDrive controller, air conditioning vents and other levers come with a ceramic finish. The V12 Bi-Turbo has a special Bang and Olufsen sound system which delivers 16 channel sound using 16 speakers while delivering 1200 watts of crystal clear sound. 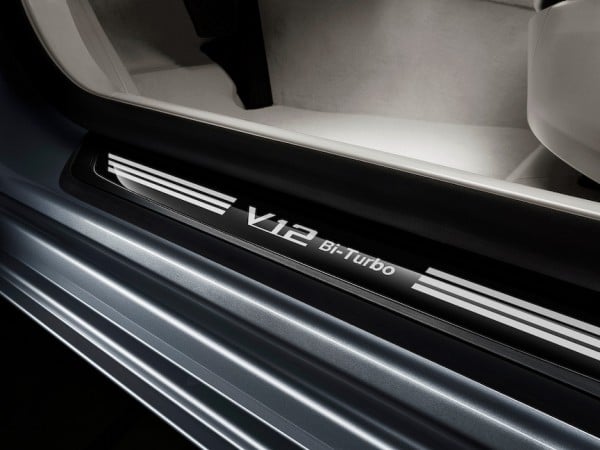 The Door Sill plate has the V-12 logo and the Trunk lid finisher has the M and V-12 logo. 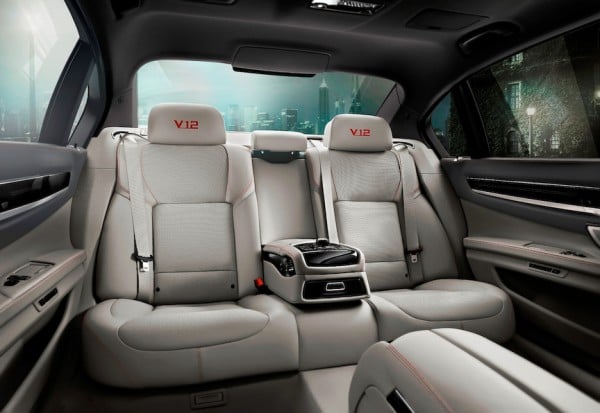