The demand for big-sized luxury yachts is higher than ever, which can be attributed to the growing list of billionaires in the world. One trend we have seen lately is that yacht buyers are favoring vessels with non-traditional designs for uniqueness and exclusivity. The newest megayacht concept that aspires to break the mold is this stunning 110-meter luxury vessel named Malena that looks like a uber-luxe high-rise apartment building floating on water. Created by Rodriguez Design which is owned by designer and sailor Josh Rodriguez, the megayacht ditches the traditional yacht design in favor of an “architectonical approach.” The studio’s founder says the yacht’s design draws inspiration from various different architectural structures. 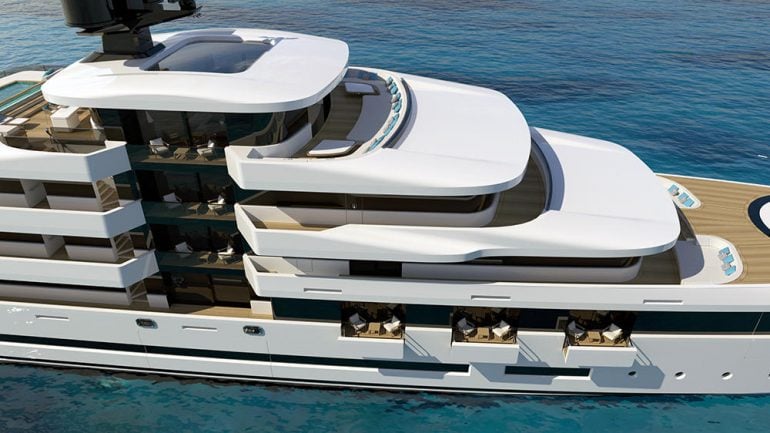 “With the side balcony system, we wanted to create the feeling of being on a super-luxury skyscraper,” said Rodriguez. “Wherever the yacht is docked or moored, the city will have a new addition to its skyline.” The vessel measures 26 meters from the waterline to the top of the mast and features several tiers of balconies to look like a luxury skyscraper. The Malena megayacht gets two infinity pools and can accommodate up to 24 guests in its 11 cabins, which includes six VIP cabins on the main deck. The owner’s deck gets sliding doors for limited access and complete privacy, which hides behind it a Jacuzzi and a huge sun-pad area. The upper deck, on the other hand, features a dining area big enough for 24 guests, a lounge area, and a touch-and-go helipad. 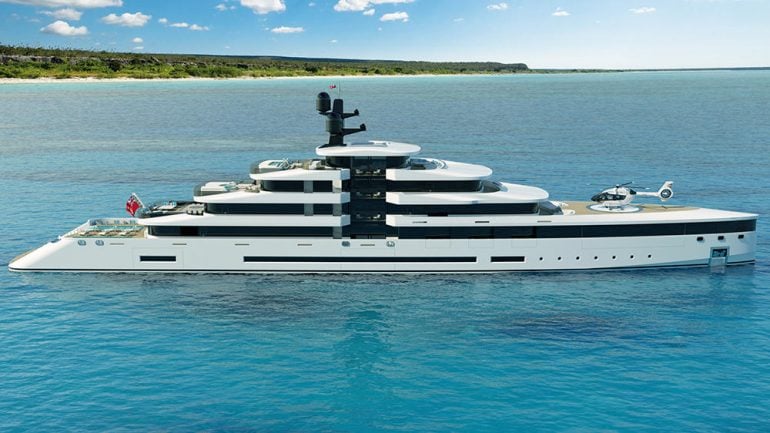 In terms of propulsion, Malena has been designed to be powered by a hybrid diesel-electric unit which can help the superyacht hit a top speed of 18 knots and an estimated range of 6,000 nautical miles when cruising at 12 knots. “The difference between a diesel-electric hybrid system and a traditional shaft line arrangement is that on diesel-electric arrangements, the propulsion can come from azipods, or rotating propellers that can turn 360 degrees,” Rodriguez told CNN. While Malena is just a concept design at the moment, Rodriguez claims that the design studio has already received interest from clients and shipyards. He says the vessel will likely cost over €350 million (about $396 million) and can be ready for delivery in three to four years. 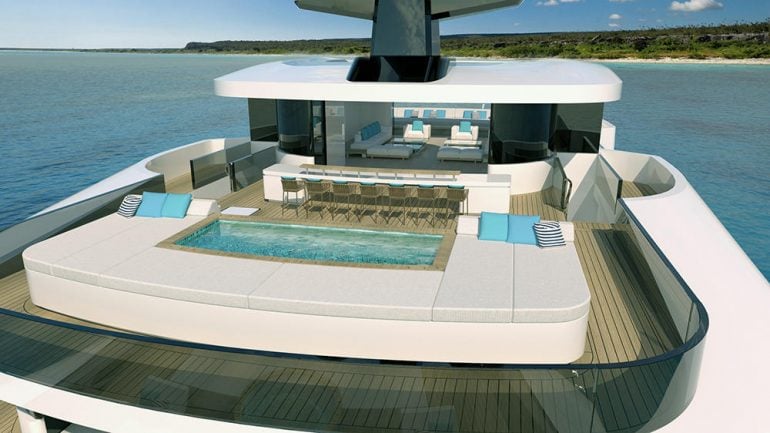 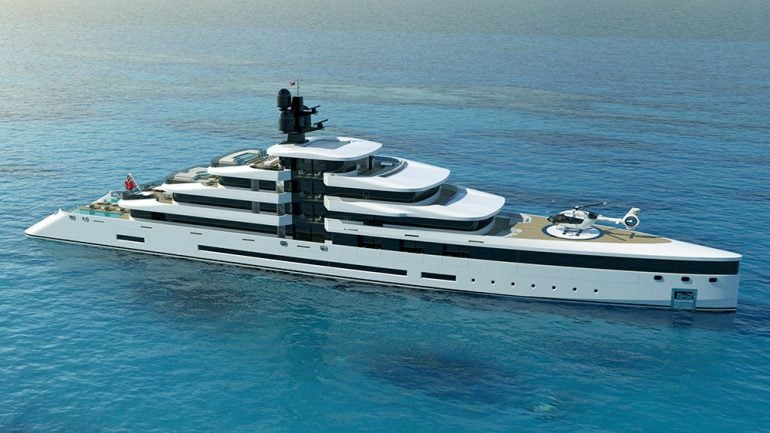