Dutch shipyard Lynx has launched the luxury vessel of its Crossover 27 series. Named Avontuur (Dutch for adventure), the 27.4-meter superyacht hit the water for the first time on 18th March at the Lynx Yachts shipyard in the Netherlands. The vessel’s design and layout have been customized to maximize tender and toy to satisfy the needs of her outdoorsy and sporty American owner. Slim Bouricha, Founder & Owner of Lynx Yachts, said: “We are delighted to launch Avontuur following a fantastic and fruitful collaboration with her Californian owner. He is a seasoned and sporty yachtsman who was involved at every single level of the build, and it has been a real pleasure working together.” 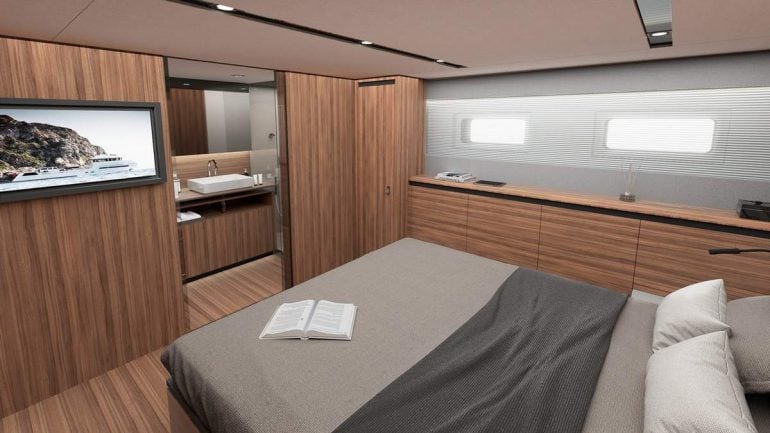 While the standard Crossover 27 series superyacht features a layout that can accommodate up to 8 guests in four staterooms, including an owner’s cabin, a VIP cabin, and two twin-sharing cabins along with the crew quarters located aft of the engine room. However, the Avontuur’s American owner asked for the vessel’s layout to be customized with three guest cabins and the crew quarters also integrated into the guest space. Furthermore, to meet the demand for maximum tender and toy storage, the sporty superyacht offers a 70-square-meter main deck that can accommodate an Air Nautique G23 and a five-meter RIB. Similarly, the sundeck is also capacious with space for a pair of Waverunners and a pair of Jet-Skis plus a crane. 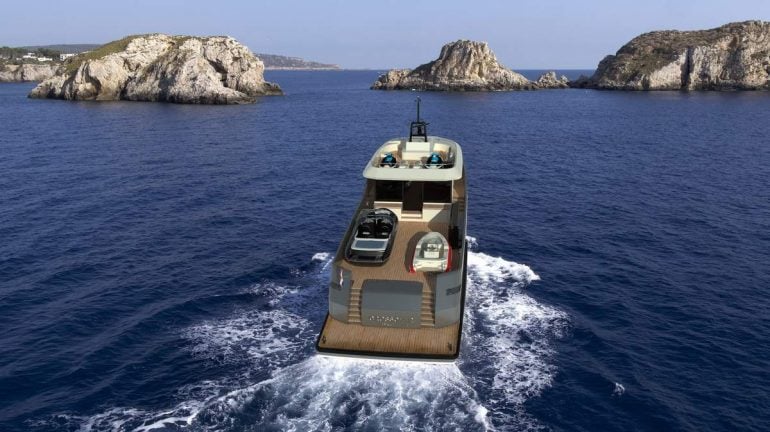 The exterior of the Avontuur superyacht was designed by Dutch studio Bernd Weel, while the interiors were done by the French designer Franck Darnet and naval architecture by the Alkmaar-based studio Diana Yacht Design. Additional onboard toys include watersports equipment such as stand-up paddleboards, surfboards, canoes, scuba diving equipment, and much more. The superyacht has a maximum speed of 14 knots, a cruising speed of 12.5 knots, and a range of 1,800 nautical miles, which is very impressive. The Avontuur will be delivered to her owner in April just in time to make her maiden trip around the Mediterranean to enjoy the summer season. 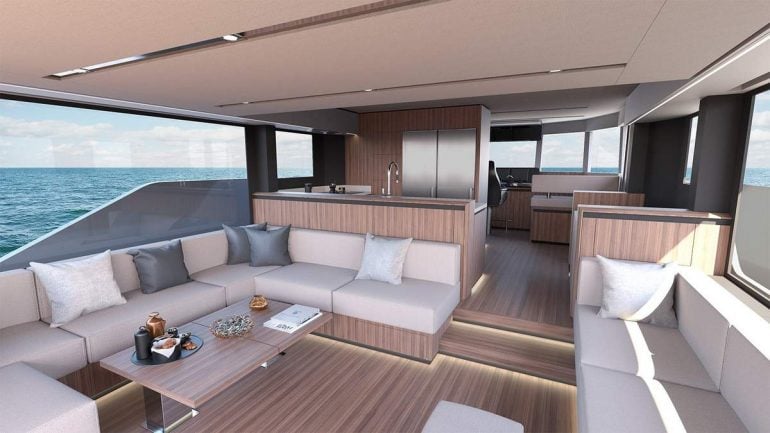 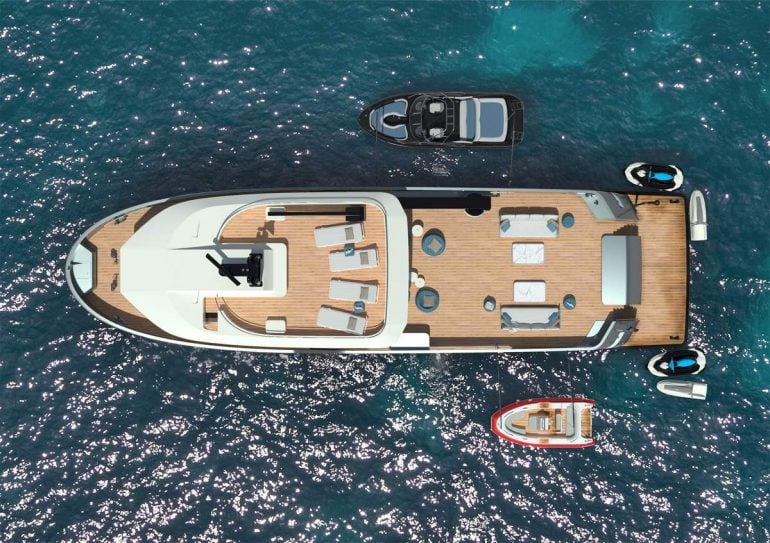 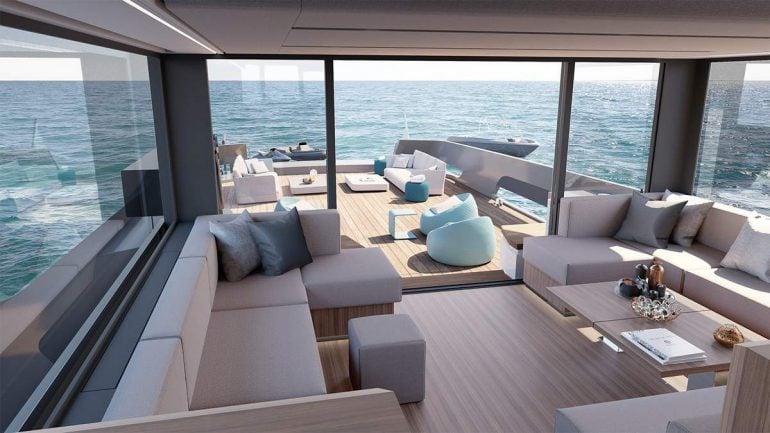 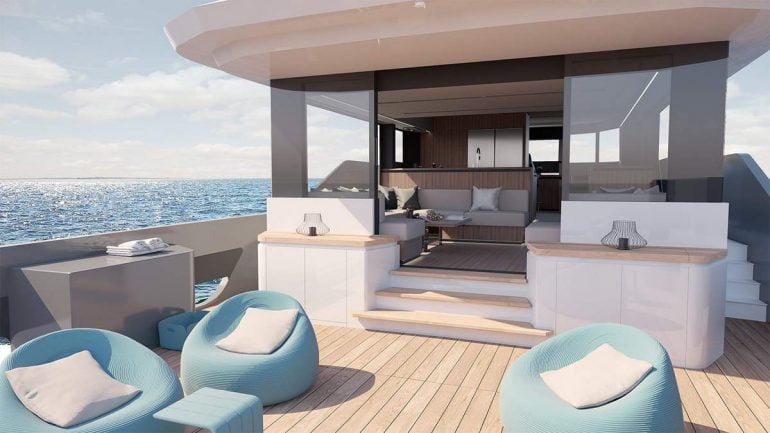 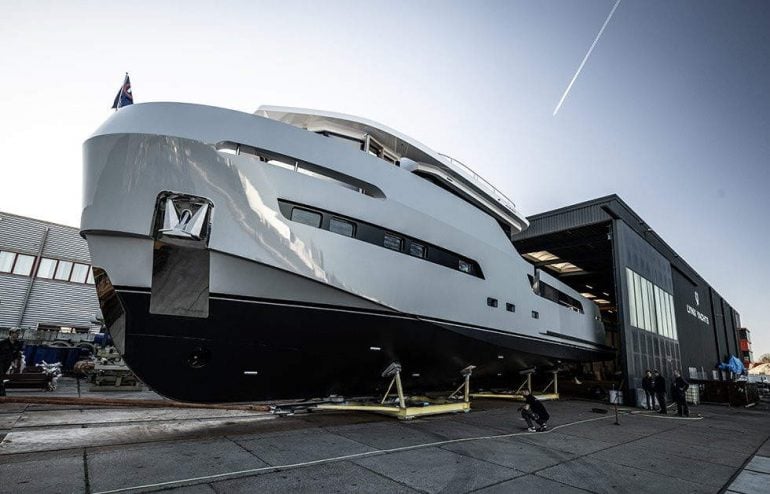