There are quite a few companies across the world that are working hard to bring hypersonic spaceplanes to fruition. The latest to join the modern space race is a startup from down under called Hypersonix Launch Systems. With the aim to revolutionize satellite launches, the Australian company is developing hypersonic spaceplane Delta Velos that will be capable of deploying small satellites into low Earth orbit (LEO), making it an alternative to the likes of SpaceX and Blue Origin that rely on reusable rockets. Capable of hitting a top speed of Mach 12, the spaceplane can return to the surface by landing like a traditional airplane. 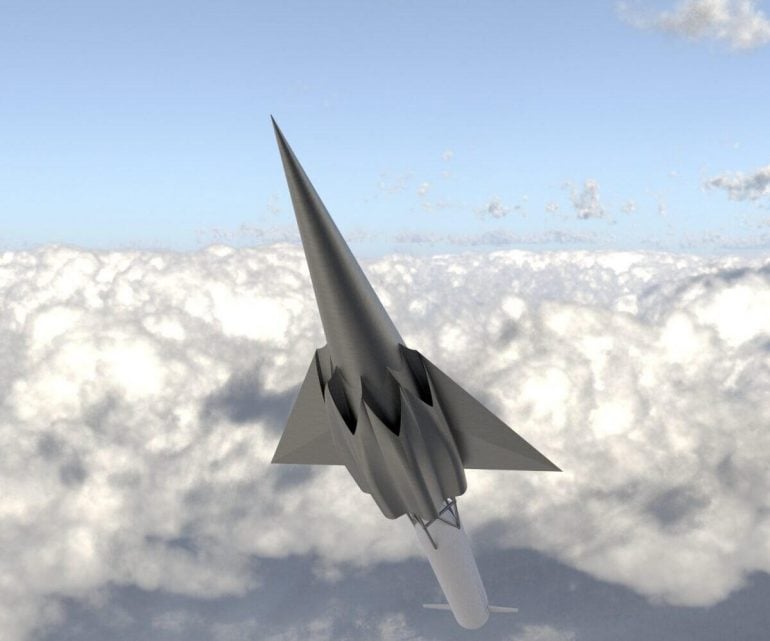 The notable part of the Delta Velos is its sustainable scramjet engine which is being touted as the greenest, the most sustainable engine powering a spacecraft. The revolutionary engine features a 3D printed structure along with a fixed architecture, which means it has no moving parts. The engine will be powered only by hydrogen and will be completely reusable. The Delta Velos will be powered by a total of 4 Spartan engines, giving it a range of over 1,550 miles. However, the company plans to build several single-engine prototypes by 2023 that’ll have a 310-mile range.

Hypersonix has collaborated with the University of Sydney to develop components and the manufacturing process for Delta Velos. That company says the spaceplane will be built with innovative high-temperature composites and will extensively rely on 3D printing. The university’s newly inaugurated Sydney Manufacturing Hub will be used to develop the spaceplane’s fuselage and launch system. While Hypersonix has said that it’ll start testing the prototypes by next year, there’s no word on the timeline for Delta Velos.