The world of Megayachts is a constant evolutionary platform for designers and has been undergoing serious revolutions in recent times. However, sometimes a concept that’s so bold, so very opulent and so far in to the future comes up and it begs asking the questions – Why not? and more importantly – How soon? Vasily Klyukin, who happens to be an architect, designer and writer (of science fiction no doubt) has envisioned a yacht that undoubtedly has its roots in some sort of comic book; he calls it the Monaco 2050. 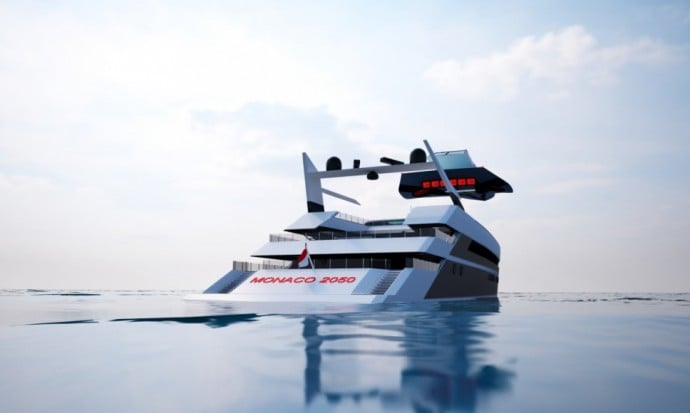 The concept of the Monaco 2050 is thus – a super slick and completely state-of-the-art sea craft that has everything from a swimming pool to anything and everything else you could possibly imagine for a quick trip across the seas to a long haul ocean adventure. And while that might seem, ‘ho-hum’ interesting to any yacht buyer, the feature that will have customers whipping their checkbooks out in a frenzy is the Avenger’s Quinjet styled plane that sits atop this sporty looking boat. The idea is to make “commuting” an easy facility wherein one can simply take off and head to shore by air and return the same way with the craft’s VTOL (Vertical Take-off and Landing) capabilities. Of course the simplest solution would have been to have a helipad but this is so much more ostentatious and so very very cool! 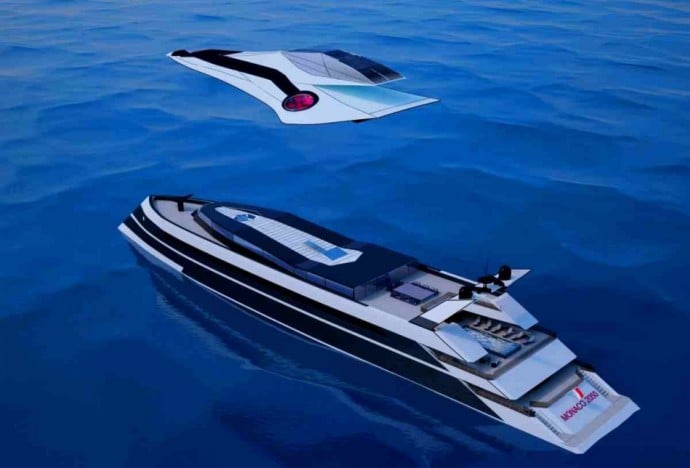 The primary idea behind this concept is to keep things sleek and streamlined and managing a helicopter in bad weather could pose a serious problem on slightly smaller yachts, and that’s where the Monaco 2050 would prove to be far superior. The black white and red theme of the air and sea craft fits in perfectly with the futuristic looks and gives it a very – Tony Stark invented it – type of design. There would be no need for a runway as the three downward blades (as depicted in the images) would easily get it off the ground from anywhere and the 6 jet engines could also make it quite speedy. 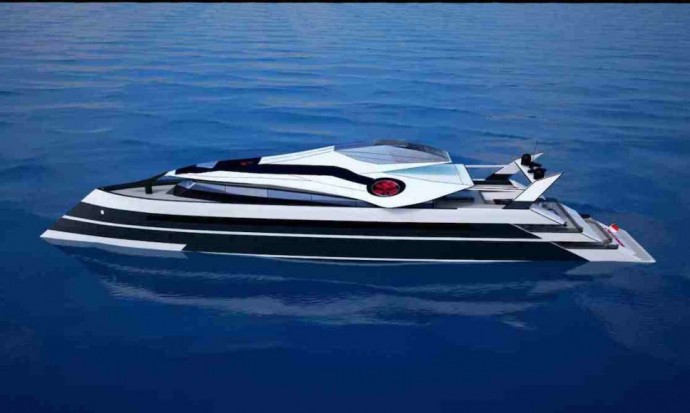 We know that VTOL technology already exists and is being used in military airplanes so getting it into the private and commercial sector is only matter of time and red tape restrictions. Although I may never get to travel by these excessive means, I’d nonetheless love to see the technology in action.