The Covid-19 pandemic has dealt a devastating blow to the aviation industry with unimaginable consequences. No analyst can properly assess the magnitude of losses suffered by the aviation business due to the deadly disease. Reports suggest global business jet deliveries dropped by 20.4% in 2020, while many major airline companies were forced to drastically reduce their fleet by decommissioning hundreds of aircrafts – the majestic Boeing 747 and the Airbus A380 being the biggest victims. And the saddest bit is these incredible aircrafts will soon make their way to the aviation graveyards to rot. While there’s no way we can save these beauties from their imminent death, yacht designer Uros Pavasovic has proposed a very interesting way to salvage and upcycle components from the discarded aircrafts. Meet the Cobra concept, a sleek 130-meter luxury yacht inspired by military vessels that uses jets engines for propulsion. 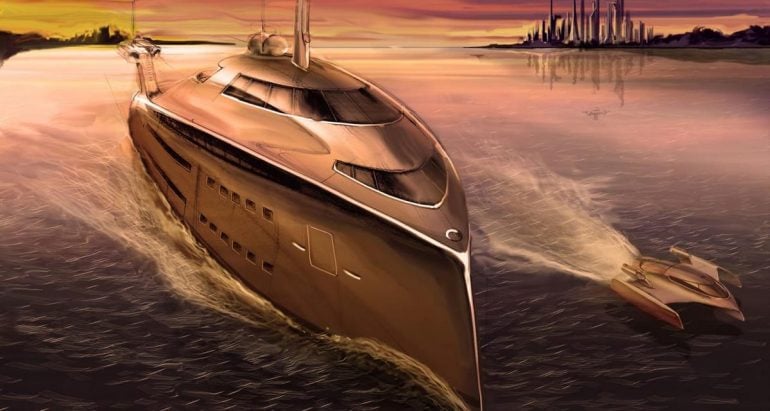 “The Cobra concept came from pandemic-related news on the early retirement of jumbo jet fleets,” Pavasovic said in an interview with Robb Report. “With all those discarded airplanes and functioning jet engines, it made perfect sense to re-use them in a Mad Max-style, post-pandemic world which felt, at the time, like the future we were heading towards.” The highlight of the concept yacht is its multi-type propulsion system that features repurposed jet engines on the upper shell capable of producing an equivalent of 15,000hp. The designer says the jet engines will be used to power electric generators. Even though it’s just theoretical at the moment, Pavasovic believes the propulsion system can prove to be highly efficient. 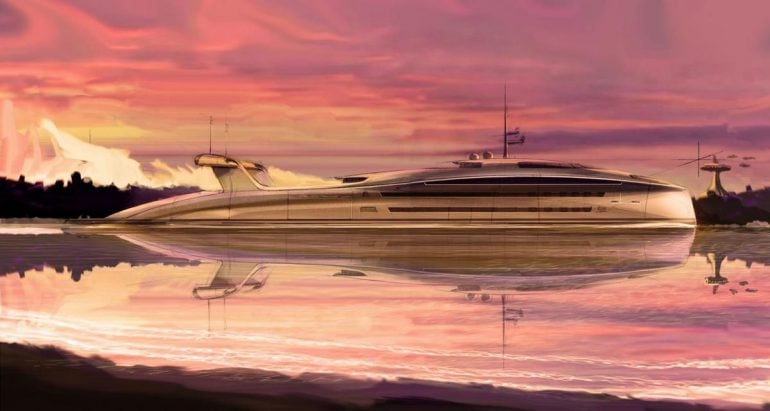 The biggest problem of this concept will be sound generated by the jet engines, but Pavasovic claims that the noise can be successfully mitigated by various methods. “While a yacht with loud, exposed jet engines may not appeal to a real-world yacht owner, only a few modifications, such as the relocation of the turbines to the engine room, will transform it into a realistic yacht proposal for an owner who wants to stand out,” says Pavasovic. “The design also allows for the airplane-inspired aft vertical wings that carry the exposed engines to serve as masts for communication and navigation equipment.” 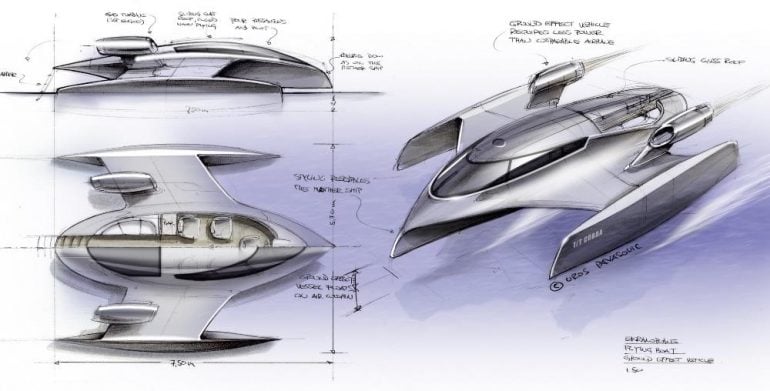 The inspiration for the Cobra yacht came from ground-effect vehicles (GEV), particularly Cold War-era flying sea craft Ekranoplan. The military vessel powered by jet engines glided a few yards above the water. In fact, the Cobra concept has a very stealthy design that looks very similar to the iconic Lockheed SR-71 Blackbird. But despite that, the concept yacht gets all the luxury amenities including a large swim platform, a main deck with a pool, a supersized beach club, and a tender garage with folding platforms. The Cobra yacht also has a futuristic onboard helicopter that has the ability to land on water, while the five-seater tender boat that looks like a racing speed boat is basically a mini version of the main yacht. The Cobra is just a concept study at the moment, but we’ll love to see someone build this engineering masterpiece. 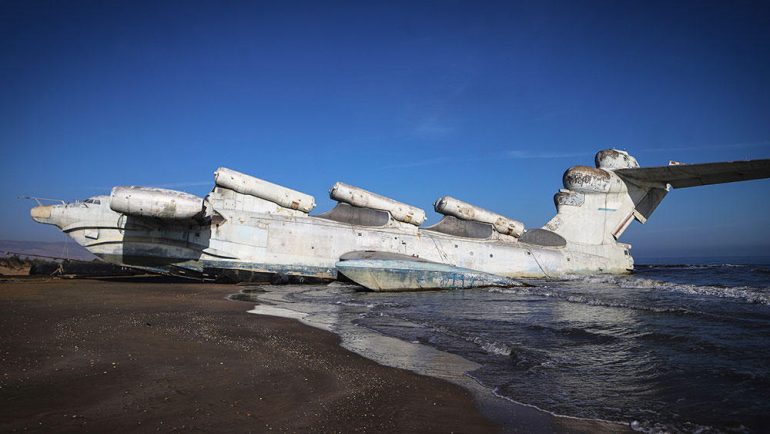 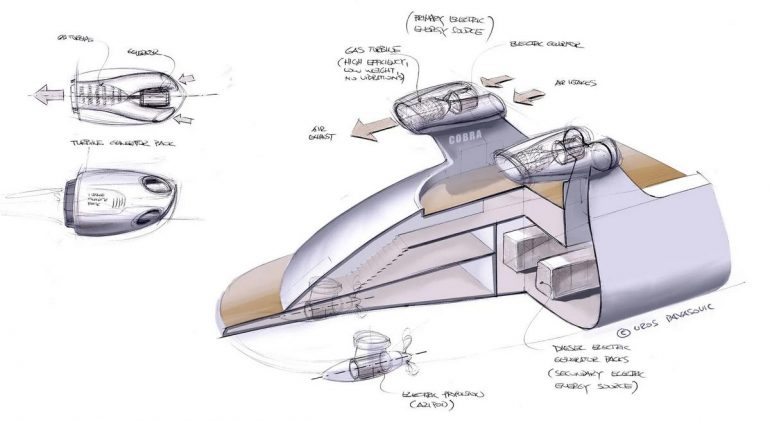