He Black Series cars by Mercedes have always been the most potent, limited edition models based on already fast and brutal AMG models. Ever since it debuted in 2006, only six different Mercs have earned the right to wear special nameplate, with the 2021 Mercedes-AMG GT Black Series being the latest. We were already aware of the fact that the newest Black Series model was built with just one purpose; to demolish lap records. And that’s exactly what it has done by going after the most haloed titles of them all – the Nurburgring record. The 2021 Mercedes-AMG GT Black Series is now the fastest production car to lap the iconic Nurburgring with a lap time of 6:43.61. That’s 1.36 seconds faster than the Lamborghini Aventador SVJ that previously held the record with a lap time of 6:44.97 set in 2018. What’s interesting is that the new record seriously questions the norm that mid-engine cars are faster around race tracks than cars with engines at the front.

Mercedes says that the record-setting car was production-spec without any special changes and equipment. All the little tweaks that were made to the car specific to the conditions and the race track can all be done by the Black Series owners themselves. The German automaker has even revealed all the settings that were dialed in by the Mercedes-AMG engineers, which include changes to the suspension settings and playing with the traction control at different sections of the lap. No alterations were made to the twin-turbocharged 4.0-liter V8 which churns out 720hp in the Black Series with all the power sent to the rear wheels. Additionally, the record run was made using Michelin Pilot Sport Cup 2 MO tires which are a part of the standard equipment for the Black Series. 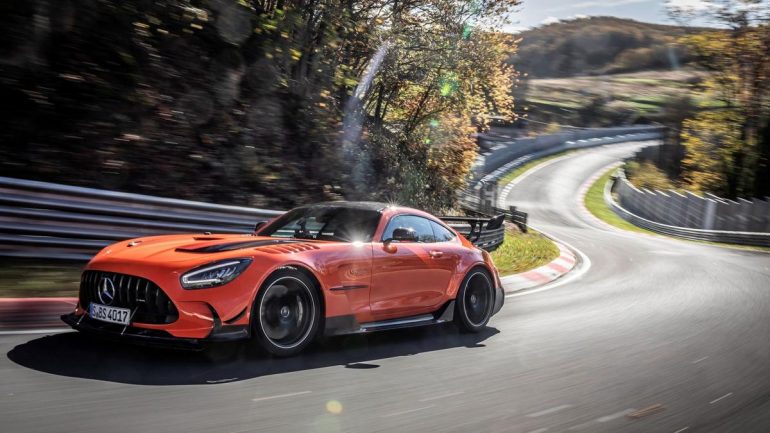 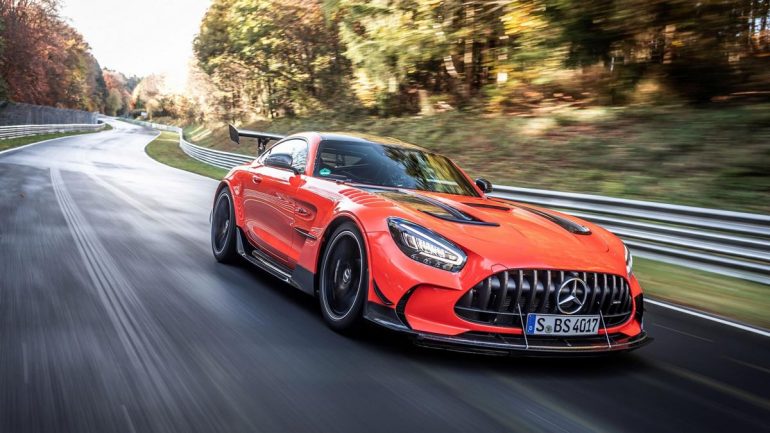 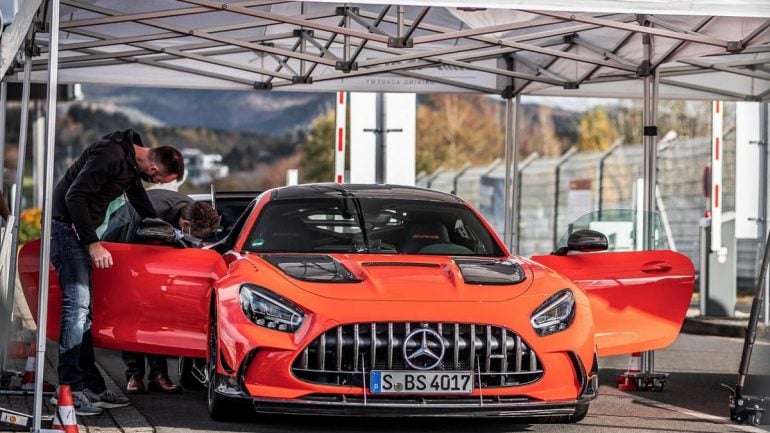