The commercial vehicles division of Mercedes-Benz is celebrating the 20th anniversary of the Sprinter van. To mark the occasion, the German automaker has introduced a special edition version of the Sprinter. Called the ‘Edition Sprinter’, the limited-run model is exclusively available as a panel van and as a crew bus, and both body styles can only be ordered in metallic silver exterior paint-job. Additionally, it boasts body-colored bumpers for the first time in the van’s history, a chromed radiator grille, blacked-out tail lamps and black 16-inch alloy wheels. 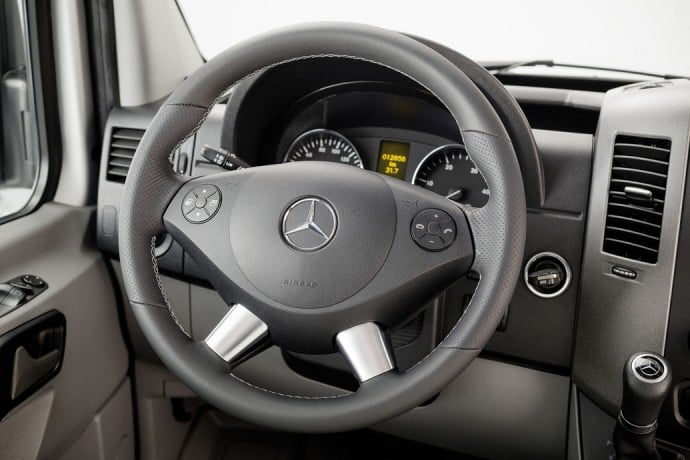 ‘Edition Sprinter’ emblems and decals can be found around the bodywork and buyers can also order their special edition van with 17-inch alloys at an extra cost. As for the changes made on the inside, the cockpit comes with special “Edition Sprinter” floor mats, while the crew bus arrives with a leather-upholstered four-spoke steering wheel and dark-tinted windows out back. The Edition Sprinter can be ordered with any engine currently offered on the Sprinter and is limited to only 2000 examples. It will go on sale in 19 European countries including Sweden, Spain, Germany, Hungary and France in a couple of weeks. The limited-edition model is priced €2,300 (roughly $2,500) more than the standard variant, which Mercedes says represents a 50-percent saving over a comparably equipped regular-production Sprinter. 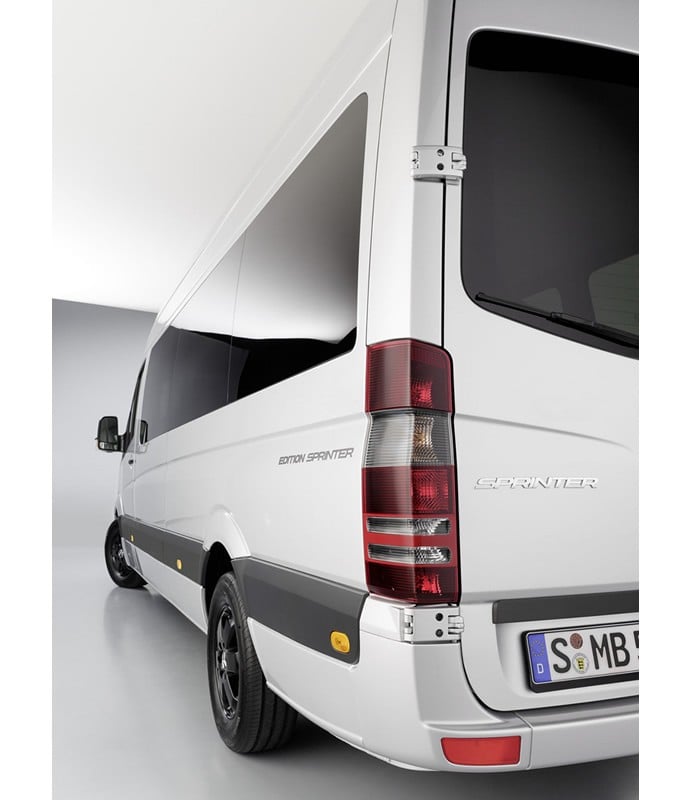 Tags from the story
Limited-Edition, Mercedes-Benz