No, it’s not a Mercedes Sprinter Van with a top hat but the German marquee’s latest take on the luxury camper van named Marco Polo. Based on the elegantly styled Mercedes-Benz V-Class which was unveiled earlier this year, the Marco Polo is a versatile, stylish and contemporary take on the classic camper van. Built in cooperation with camper conversion specialist Westfalia, the compact live-in van will take on the Volkswagen California when it goes on sale in Germany. At last year’s Düsseldorf Caravan Salon, Mercedes showed several camper vans, including the Viano-based Marco Polo and the German automaker decided to debut the V-Class based Marco Polo at this year’s show. 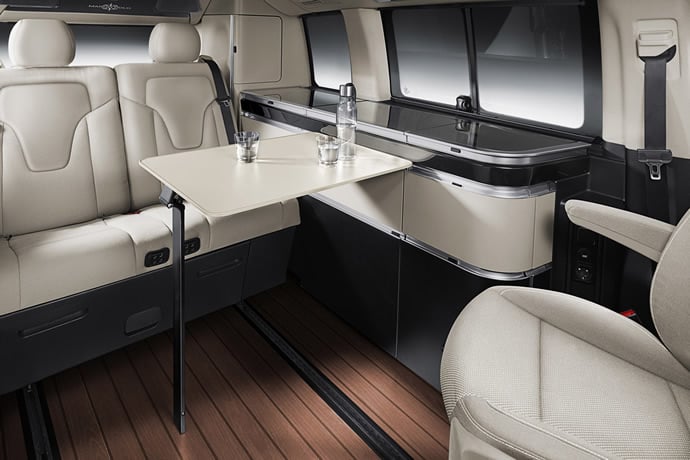 The Marco Polo has room for four people thanks to the rear bench that electrically folds flat into a bed and the second berth under the protruding pop-top. On the inside, the flexible interior is decked out with ambient LED lighting as well as wood, metal and piano black trim. It features large and small self-closing draws, two hobs, a refrigerator, extending worktop and even a kitchen sink. A scratch-resistant folding table is positioned between the rear bench and the driver and front passenger seats, both of which can rotate 180 degrees to face the rear. Power comes from any of three four-cylinder turbodiesel engines, ranging from 134bhp and 188bhp, with the 161bhp 220 CDI capable of 47mpg. The Marco Polo will be available for order in Germany starting July 29 and though the pricing is yet to be announced but is expected to start from around $77,000. 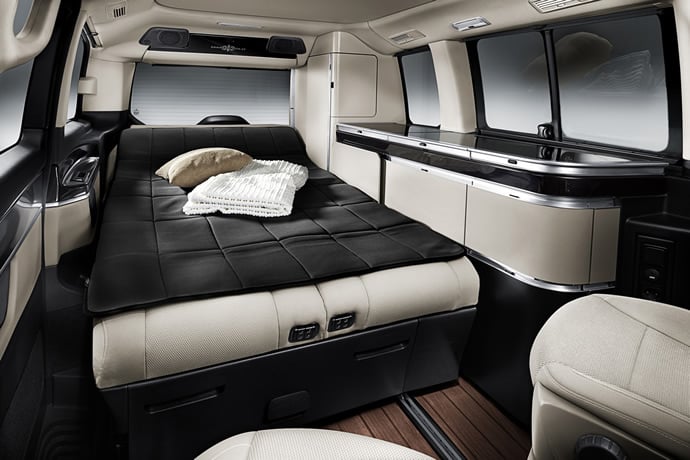