arlier this year in May, Mercedes-Benz showcased an uber-luxurious concept based on the Maybach sedan called the Haute Voiture. The German manufacturer has finally launched the production version which is limited to 150 examples and will go on sale in early 2023. The limited edition model features plenty of opulent upgrades over the standard Maybach sedan, which includes a two-tone color scheme that combines Nautical Blue and Light Shimmering Rose for the upper and lower parts respectively. The wheels are also finished in the same dark blue hue. In addition to that, the Haute Voiture also gets surround lighting with animated projection. 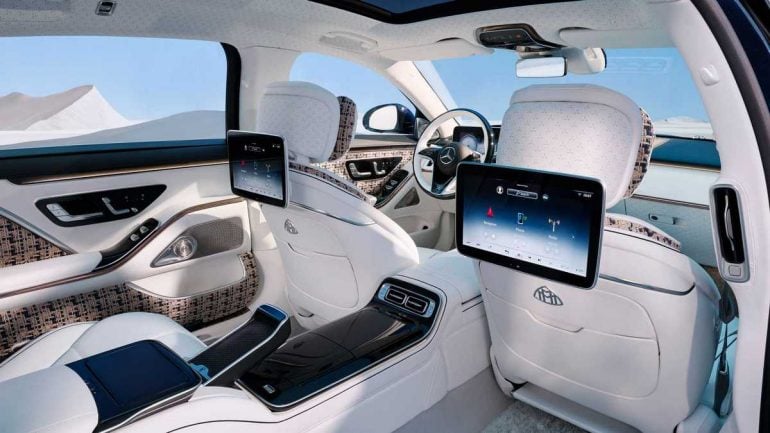 On the inside, the special ultra-luxe edition features the same color combination of blue and rose gold. The dark blue shade appears on the upper door panels, dashboard, and steering wheel, while the seats are upholstered in Crystal White leather. 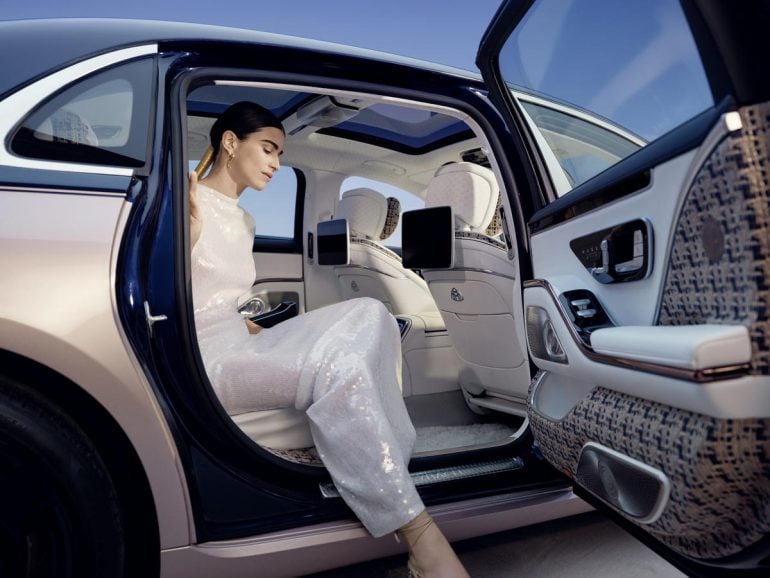 Further elevating the luxury quotient of the special edition are linen and mohair floor mats, rose gold-colored champagne flutes, and a special badge on the center console that denote the production number of the 150 units. The MBUX infotainment system also gets a unique look for the Haute Voiture to “emphasize the catwalk atmosphere,” according to the car manufacturer. 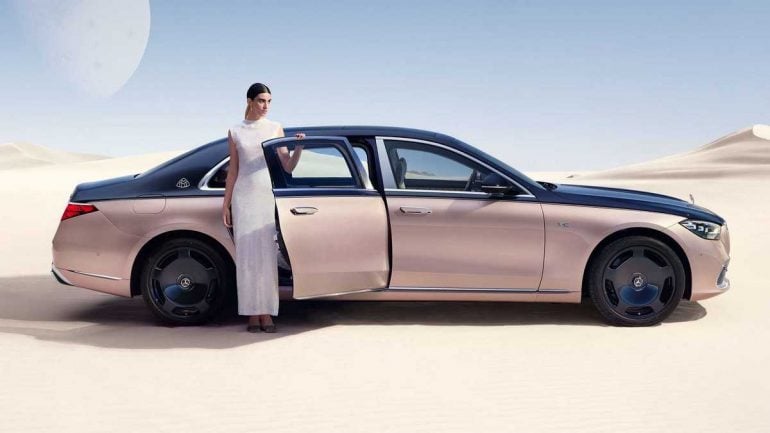 Furthermore, the Haute Voiture comes with a hand-made gift box that features a scale model, key ring, and badge number, along with a car cover that sports the Maybach and Haute Voiture logos. Buyers can also get themselves matching bag sets, which will be sold online and at luxury stores around the world. 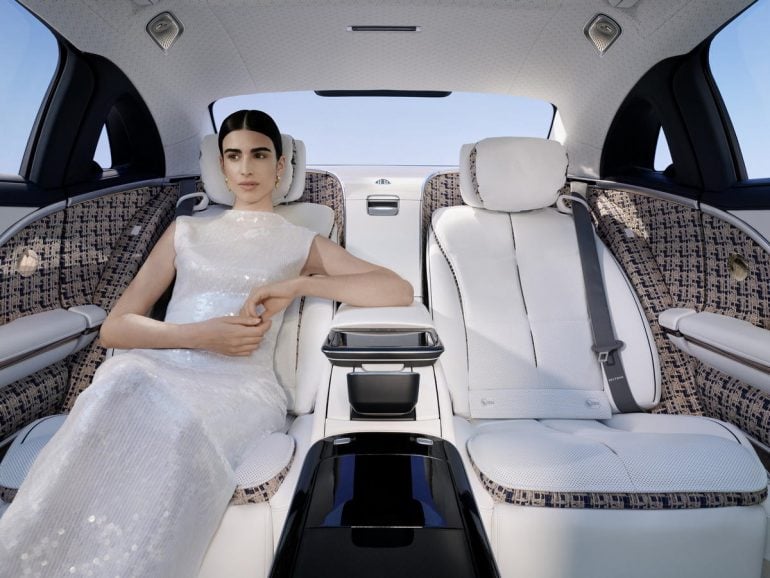 “The intricate features and exclusive design elements are what makes the Mercedes-Maybach S-Class Haute Voiture one of the most extravagant models we ever created—it represents Sophisticated Luxury in its purest form,” said Gorden Wagner, Mercedes’ chief design officer. “Our customers have access to the most aspirational lifestyle, so we wanted to reflect this through creating something utterly desirable and using components never before seen on a Mercedes-Maybach.” 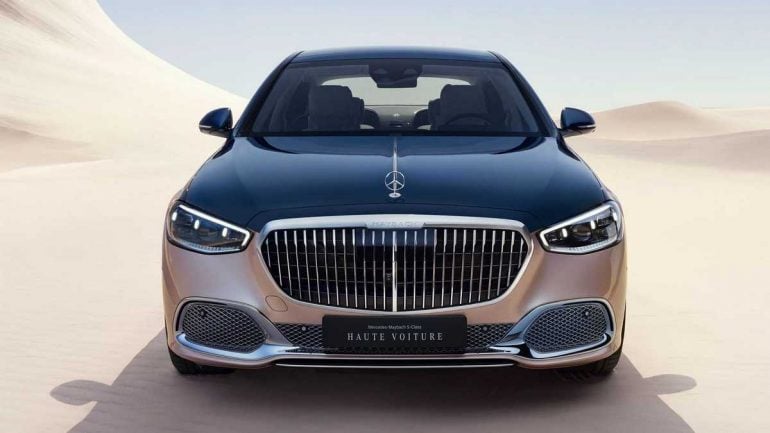 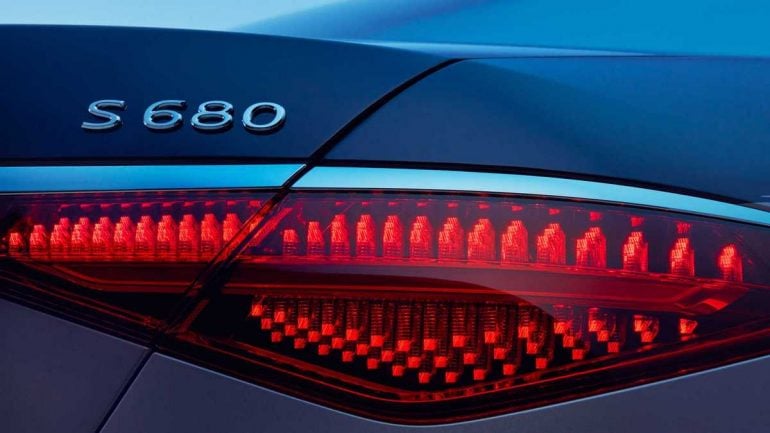 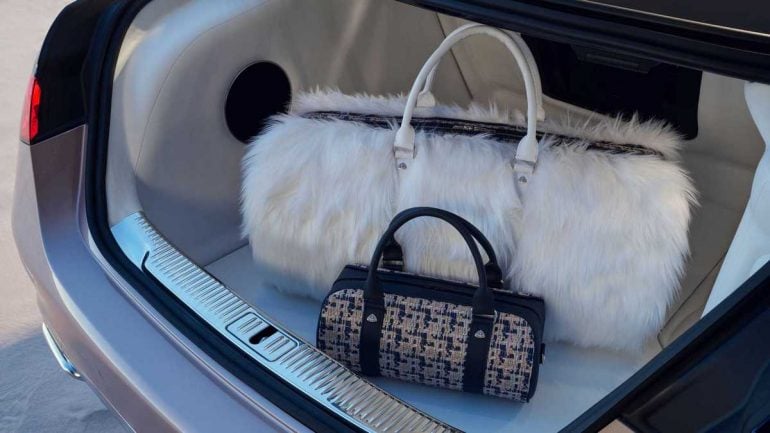 Tags from the story
Mercedes-Benz, Special-Edition