As we reported earlier, Mercedes is all set to bring back the Maybach name in the form of a long-wheelbase variant of the new S-Class. Some new information on the top end luxury limo has been revealed along with the launch date. Dubbed the 2015 Mercedes-Maybach S600, the car will debut at the upcoming Los Angeles Motor Show. The Mercedes-Maybach will be one of four sedan variants of the current W222 S class, alongside long- and short-wheelbase versions of the base sedan and the Pullman limousine and it will sit between the S-class and the Pullman in automaker’s hierarchy. The S-Class Maybach will feature styling similar to the S-Class, but will be 10 inches longer than the LWB model. 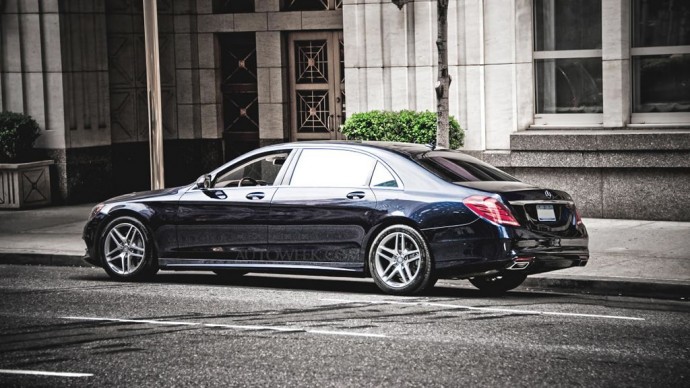 The rear section and the C-pillar have been completely reworked and thanks to the extra length, the Mercedes-Maybach S600 will feature reclining rear seats as well as a refined entertainment system. Rest of the details is yet to come out but the Mercedes-Maybach is expected to be powered by the twin-turbo V-12 producing 523 hp and 612 pounds-feet of torque found in the current Mercedes-Benz S600. There is also a possibility of the luxury limo to be offered with a version of the twin-turbo V-12 currently found in the S65 AMG that produces 621 hp and 738 pounds-feet of torque, though it is not clear at this time whether all versions of the upcoming sedan will receive 4Matic all-wheel drive. The entry-level model is expected to cost approximately $200,000 and it could eventually be joined by an armored version that offers VR9-level ballistic protection.