Last month, Mercedes had announced the pricing of its top-end Mercedes-Maybach luxury limo in Germany. Almost after a month, the German automaker has finally announced the pricing officially on its ultra-luxurious Maybach S600 for the US market. Prices start at $190,275, including the $925 destination charge, which makes the 2016 Mercedes-Maybach S600 cost $22,450 more than the current top-dog Benz sedan, the S600. At that price, it still isn’t the most expensive offering in the whole Mercedes range as the honor still goes to the ridiculously powerful and absurdly priced S65 AMG, which starts at $222,000. Nevertheless, with a sub-$200k price tag, the Maybach S600 is still a bargain considering the long list of features on offer. 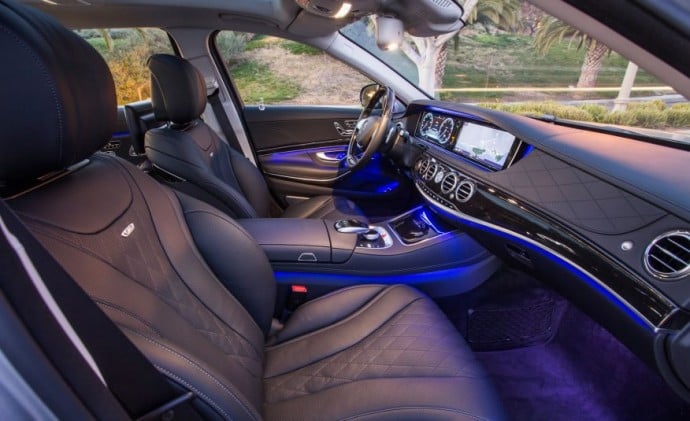 It might cost $22,450 more than the smaller 2016 Mercedes-Benz S600 on which it is based, but the price difference comes to about $13K when you add features to the S600 that are standard on the Maybach. But honestly, the Mercedes-Maybach is far more than just a trim package as the German automaker went out of its way to ensure buyers would be able to tell the difference between a well-quipped S-Class and the uber-luxurious Maybach S600. In addition to the impressive extra 7.9 inches added to the wheelbase, it comes with a 0.5-inch gain in headroom, rear-seat passengers benefit from 6.3 inches more knee room than the in regular-length S600. Mercedes also modified the rear-door assembly and pushed the rear seats back behind the C-pillar to increase passenger privacy. The long list of features include MAGIC BODY CONTROL, full LED headlights, Burmester 3D surround sound system, head-up display, rear seat entertainment system, heated windshield and many more. The 2016 Mercedes-Maybach S600 goes on sale in the U.S. in April.