MV Agusta is known for creating ultra-limited-edition versions based on its line-up of already exclusive motorcycles. We’ve already seen several Brutale 1000 special editions in the recent past and the Italian marque has added another one to the list. The newest one pays tribute to one of the most iconic race tracks of all time – the Nürburgring Nordschleife. The storied 12.94-mile German circuit is steeped in history. The unforgiving race track that was dubbed “the Green Hell” by the great Sir Jackie Stewart still attracts hundreds and thousands of automobile enthusiasts each year. A special edition named after the Nürburgring has to be special and absolutely mad to be worthy of the legendary name. We are happy to report that the new MV Agusta Brutale 1000 Nürburgring delivers in spades. 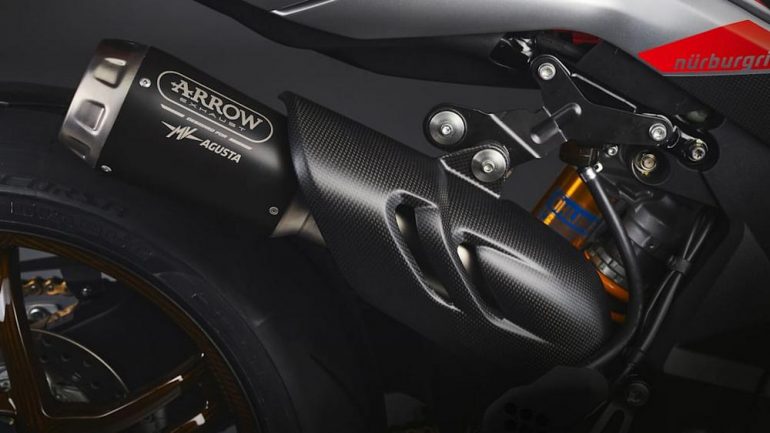 The limited-edition is based on the brand’s flagship hyper-naked, the Brutale 1000 RR, which currently is the world’s fastest and most powerful naked motorcycle. The standard model has a top speed of 186mph and has 208hp on tap. The idea of extracting more power and performance from such a wild motorcycle is simply mad. But that didn’t deter the people at MV Agusta from creating the Brutale 1000 Nürburgring that arrives with upgrades that go well beyond than special livery. The most notable addition to the limited edition is the ultra-lightweight BTS wheels. The carbon fiber wheels not only significantly reduce the unsprung weight but also looking stunning thanks to the transparent glossy finish. 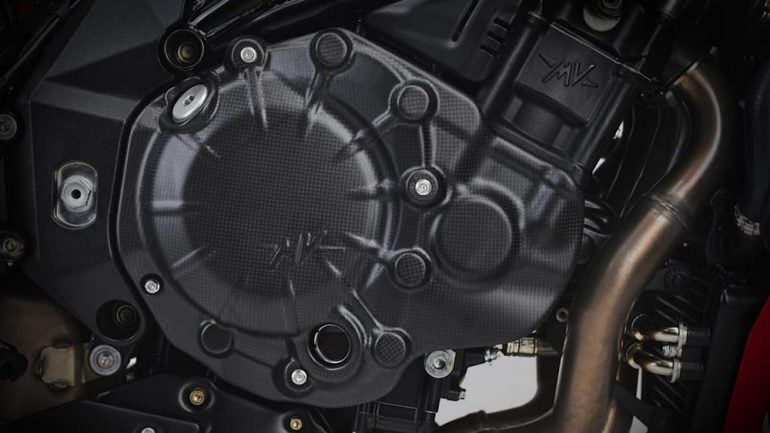 MV Agusta will also ship a racing kit with the MV Agusta Brutale 1000 Nürburgring that won’t come installed from the factory. The kit includes a racing-spec 4-into-2-into-1 Arrow titanium exhaust system and a dedicated ECU map that together bump the output to 215hp. The titanium exhaust is also much lighter than the standard exhaust, further reducing the overall weight. Additional component upgrades include electronically controlled 43mm male-slider Öhlins NIX EC telefork specifically tuned for the version, along with Öhlins EC TTX rear shock absorber, which is also electronically managed and specifically tuned. 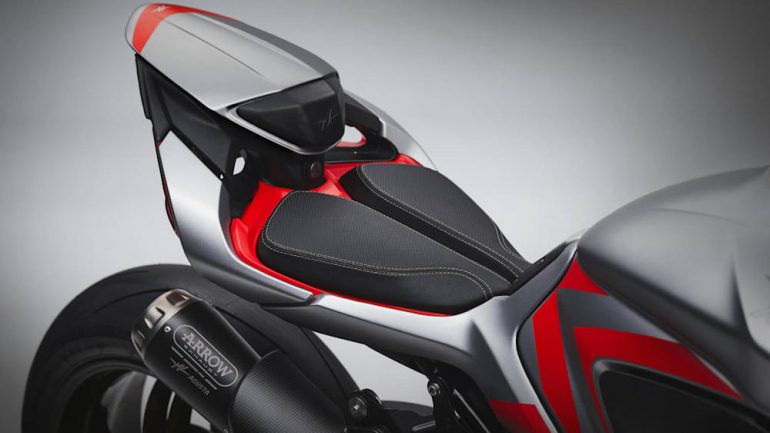 In terms of aesthetic updates, the MV Agusta Brutale 1000 Nürburgring gets a bespoke silver, black, and red livery with Nürburgring logos along with a carbon headlight cowl that generates additional downforce and protects the rider from windblast. The electronics suite is identical to the newest Brutale 1000 visions. Only 150 examples of the limited edition hyper-naked will be made and it is priced at 32,200 euros in Italy, which roughly converts to $37,000. 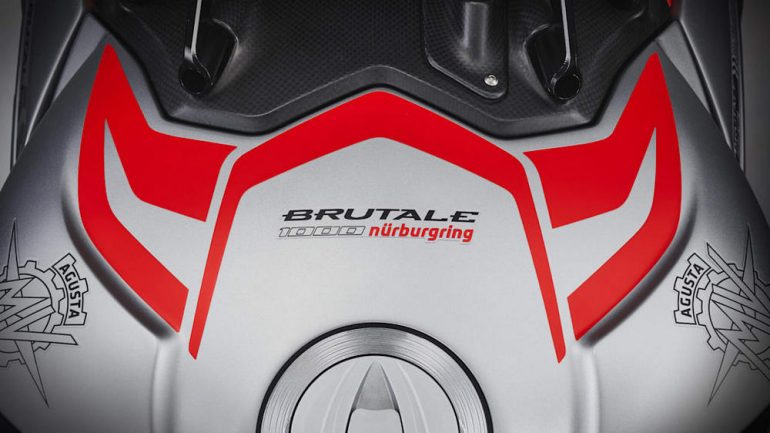 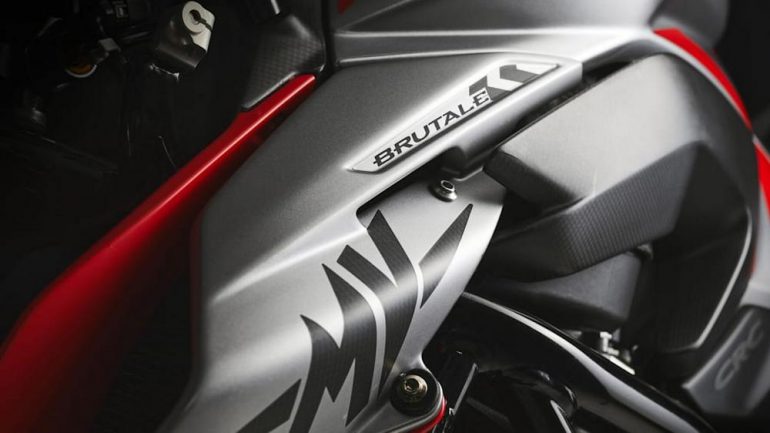 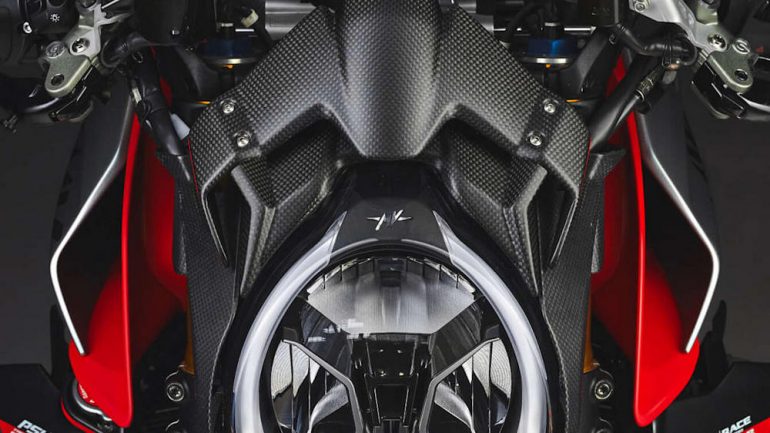 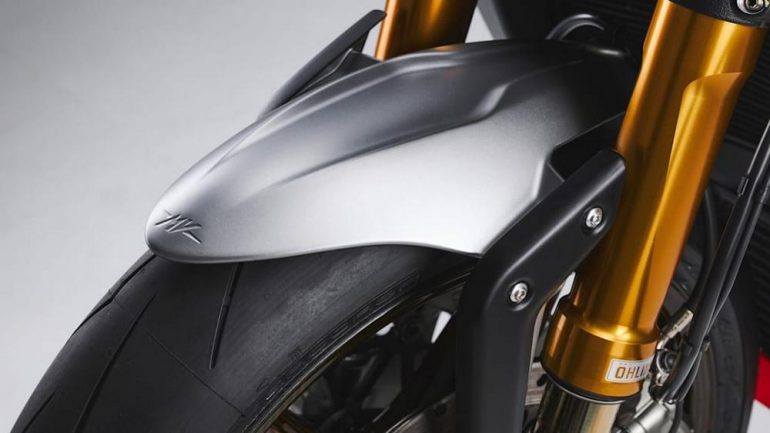 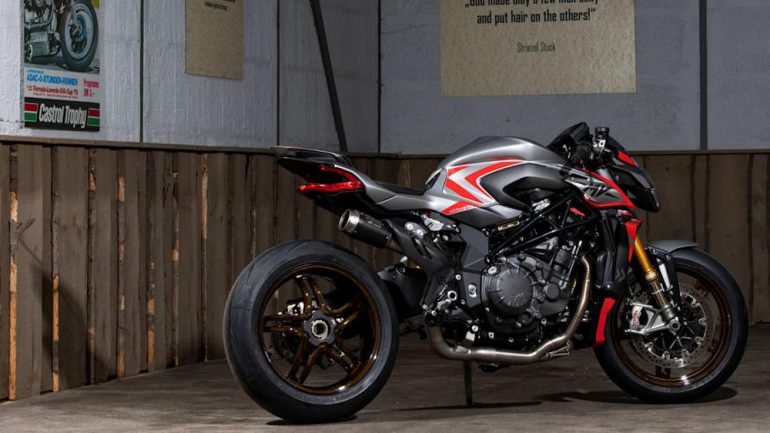 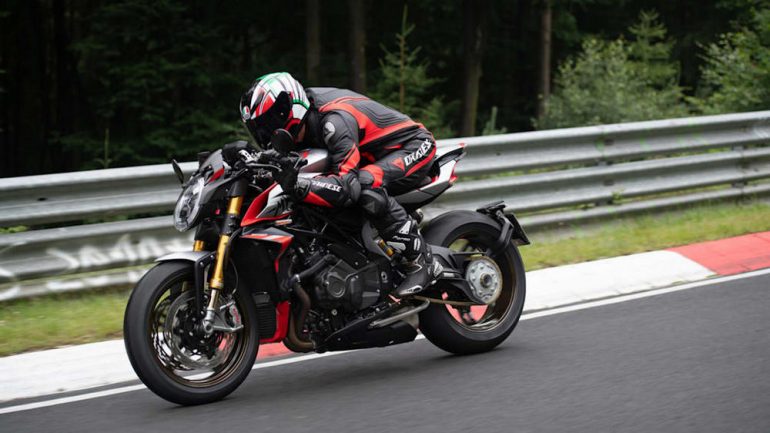 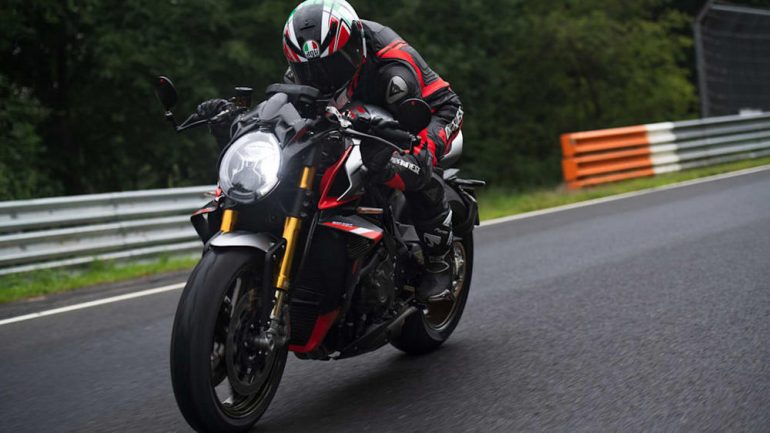