BMW Motorrad went after the cruiser motorcycle segment with the launch of the R 18 in 2020. The heavyweight cruiser is squarely aimed at competing with America’s two of the most iconic manufacturers, Harley-Davidson and Indian Motorcycle, and we already knew the Bavarian brand will continue to expand the line-up with more iterations based on the R 18. Meet the BMW R 18 B “Bagger” and the BMW R 18 Transcontinental, two new touring models created using the R 18 platform. The pair of R 18 models have been officially revealed ahead of its public debut at Sturgis 2021 in August. We had already seen spy shots of both the tourer and the bagger, giving us an idea of what to expect.

Both the new iterations are powered by the 1,802cc boxer engine found in the regular R 18 that churns out 91 horsepower and 110 foot-pounds of peak torque. Both come with touring-friendly handlebar-mounted fairings that should help protect riders from energy-sapping windblast on long rides. The windscreen on the bagger is slightly shorter than the one on the Transcontinental. If you look closely, the two R 18 models are quite different from each other in features and styling. The bagger is a more traditional American-style touring machine that has a more toned-down appearance and is less adorned. While the bagger only gets color-matched side cases, the Transcontinental comes with an additional top case. 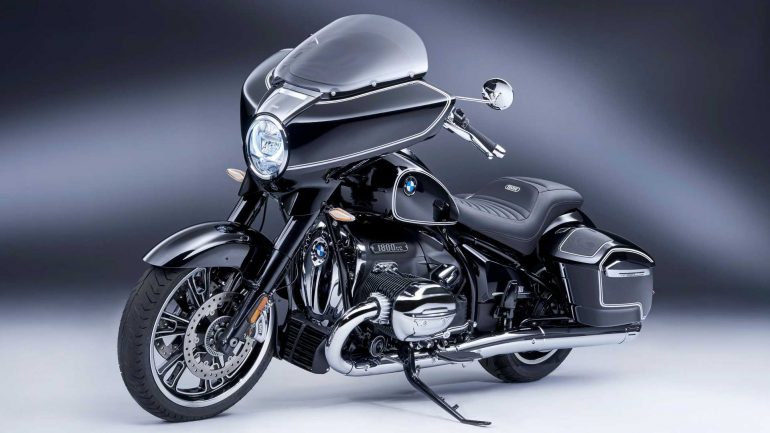 The extra goodies on the Transcontinental include an engine guard, heated seats, and a continuously adjustable rocker switch in the running board. Both get BMW Motorrad Full Integral ABS, Dynamic Cruise Control (Active Cruise Control is available as an option), LED lighting all around, heated grips, keyless ride, three riding modes, reverse assist, and hill-start control. BMW has also fitted the new variants with a touring-friendly 24-liter fuel tank, which is a big upgrade from the regular R 18’s relatively small 16-liter tank. BMW has also upgraded the rear suspension that is automatically adjusted. The cockpit has a four-pod set up with a massive 10.25-inch TFT display flanked by two Marshall speakers. 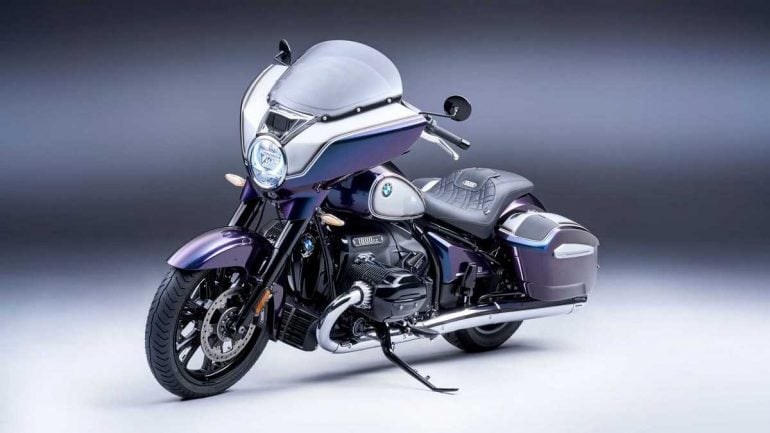 Just like the original R 18 model that debuted last year, BMW Motorrad will introduce a First Edition R 18 B and R 18 Transcontinental with the same trademark black paint scheme with white pinstriping. The regular models will be available with a choice of three colors. In terms of pricing, the R 18 B starts at $21,945 and the R 18 Transcontinental has a starting price of $24,995. The base BMW R 18 starts at $17,495. 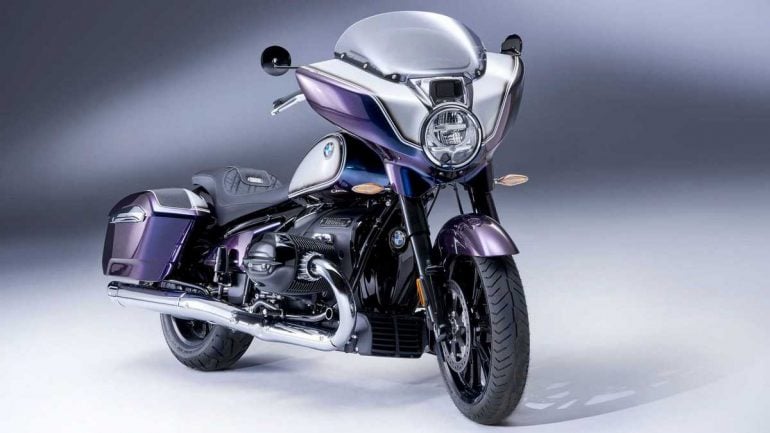 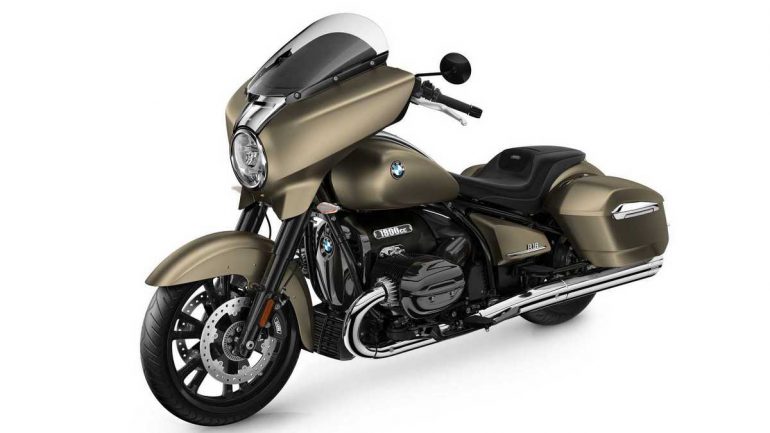 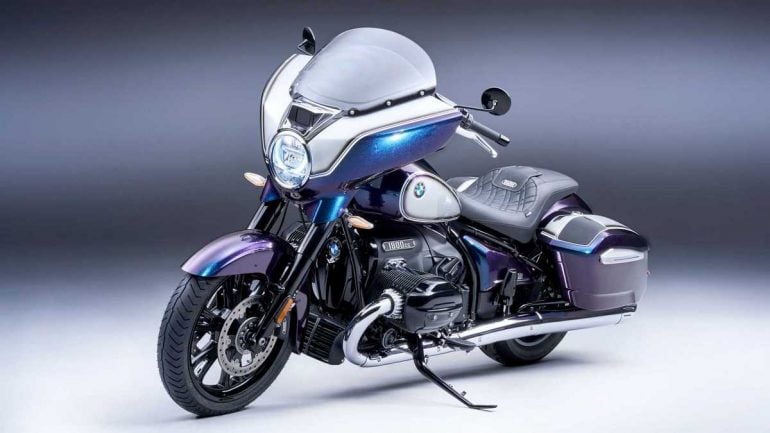 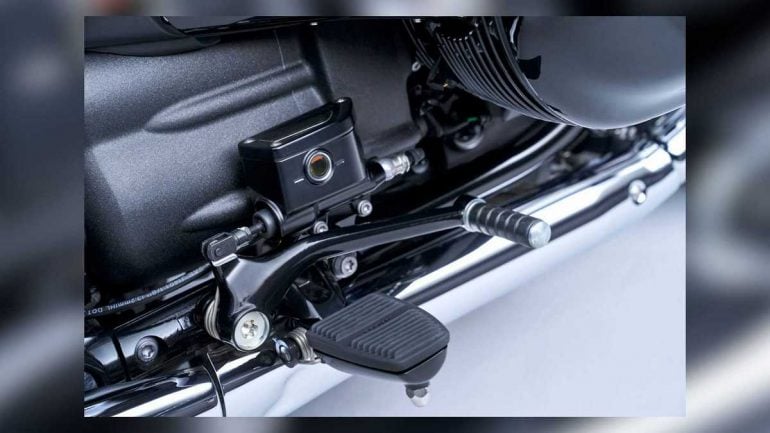 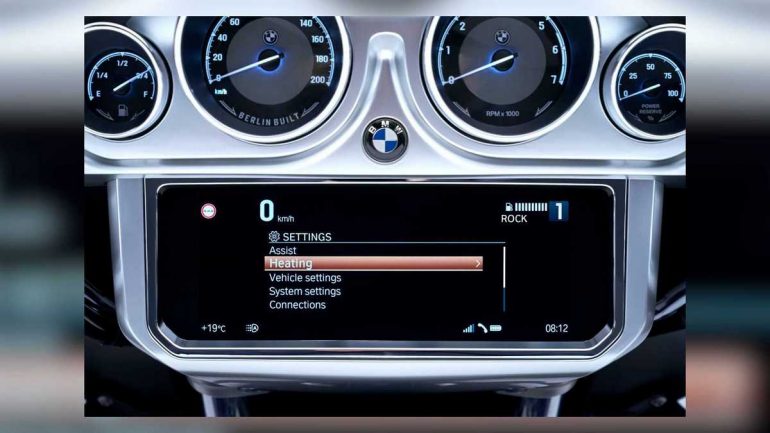 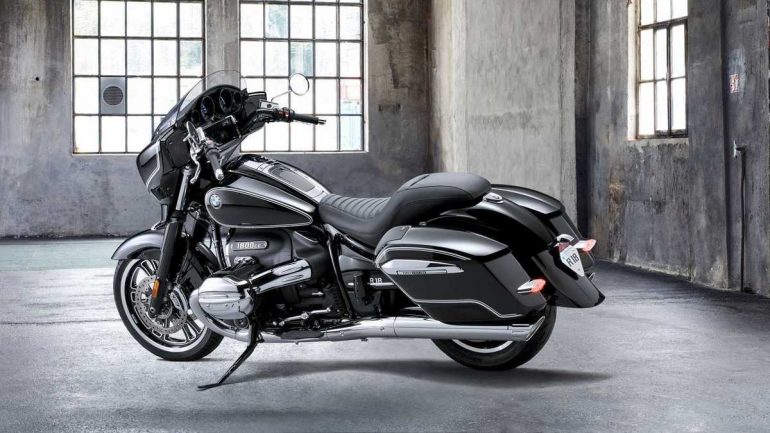 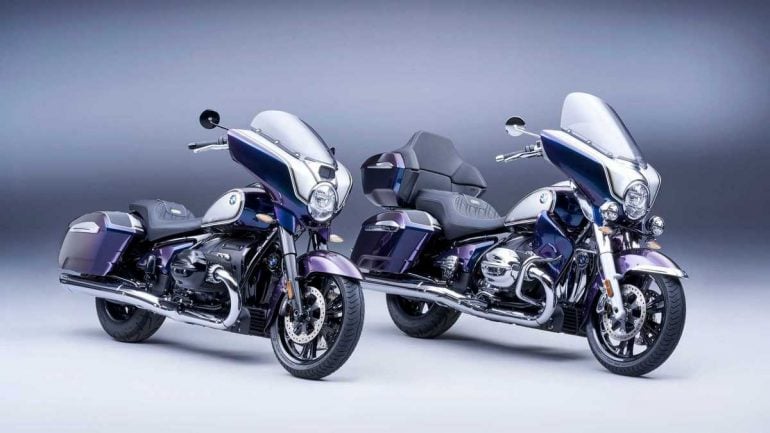 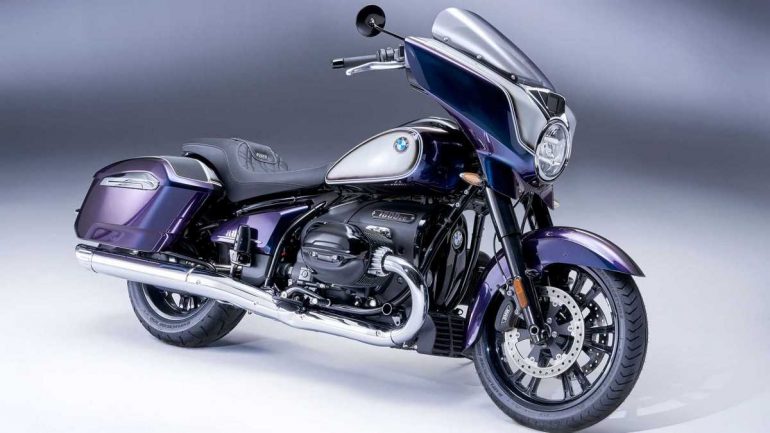 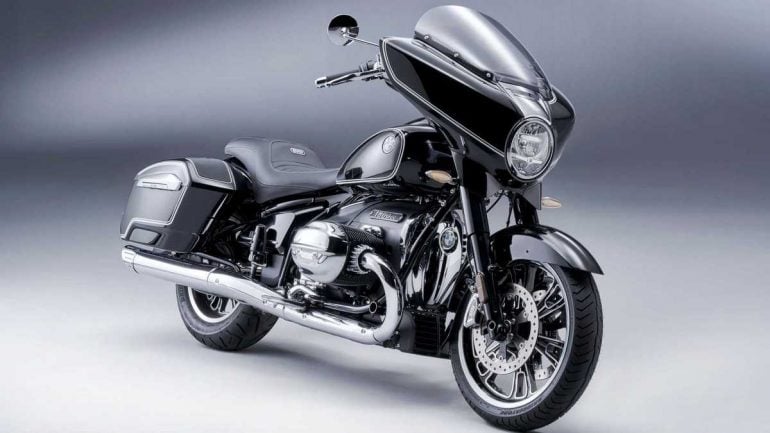