The use of the human skull as a design element is highly prevalent in the custom motorcycle building scene ever since the whole scene of making custom choppers originated in the US in the 1950s. Be it through beautiful spray-painted artwork or jaw-dropping sculptural shapes, the human skull has to be the most popular design theme with custom choppers thanks to its symbolism attached to death and the dark side. However, this custom Harley-Davidson takes the skull theme to a whole new level. This mad Harley-Davidson trike from 1998 has a custom bodywork that looks like a giant skull with a top hat. Officially called the Skull trike, wild creation will be a part of Mecum’s January 2022 auction in Kissimmee, Florida. 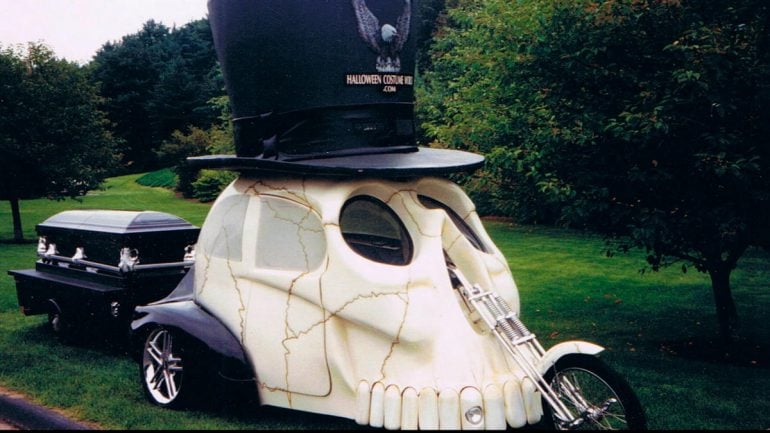 According to the information posted along with the listing, the total build cost of this unique three-wheeled Harley is around $154,000. Underneath the crazy bodywork is a gray-colored Harley-Davidson trike that is powered by a 1340cc V-twin. The trike is also fitted with a springer front fork which is very popular with Harley choppers. The bodywork is made out of unspecified material, but we presume it must be fiberglass. The trike also has a rear bench seat that could easily fit two people and the enclosed cabin also gets air conditioning. If that’s not crazy enough for you, the trike also has a trailer in tow that is styled like a coffin. According to the Mecum listing, the coffin trailer has a generator, fuel cell, and a fog machine housed inside it. With the top hat and the coffin trailer, we think the trike should rather be called the undertaker. In case you want this wild creation to be a part of your collection, head over to the listing for more information on the January auction. 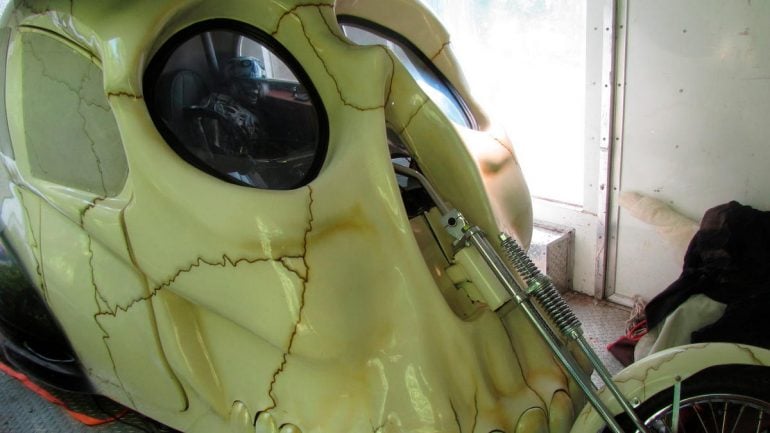 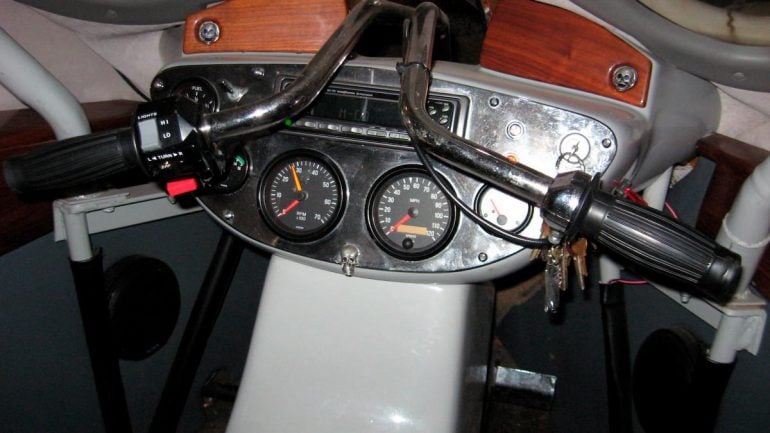 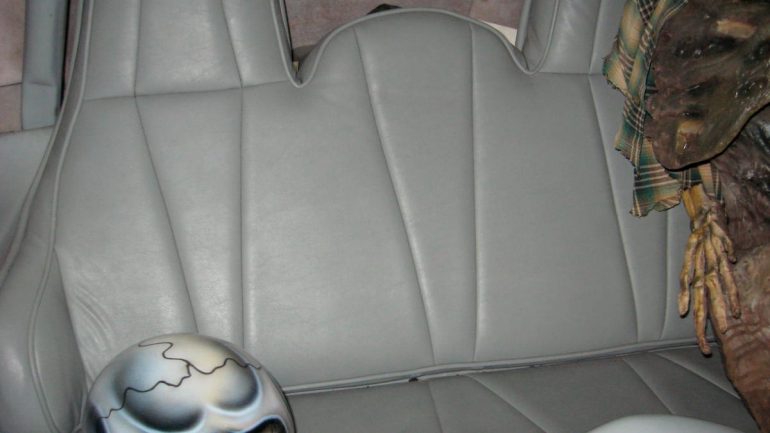 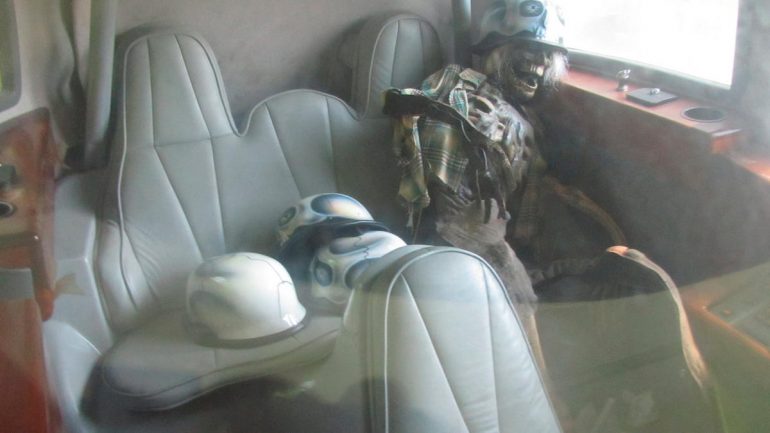 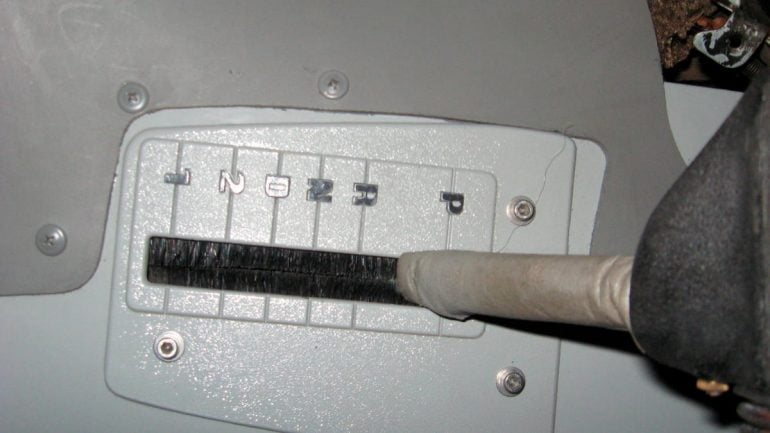 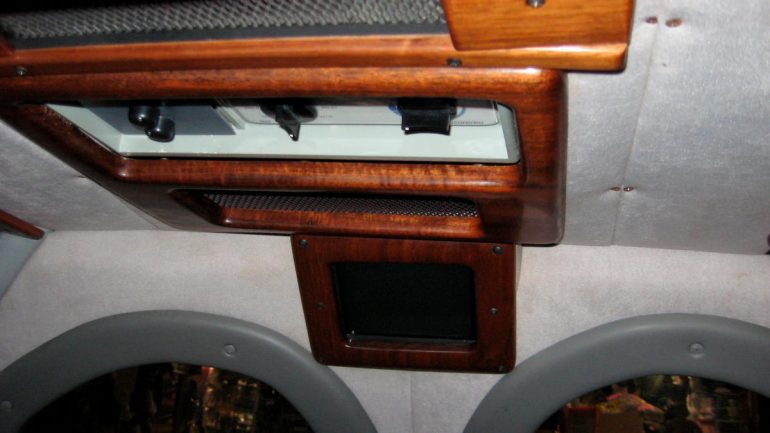 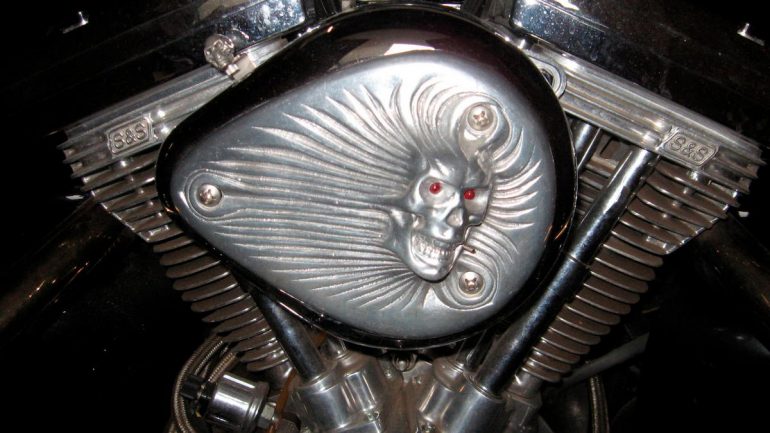 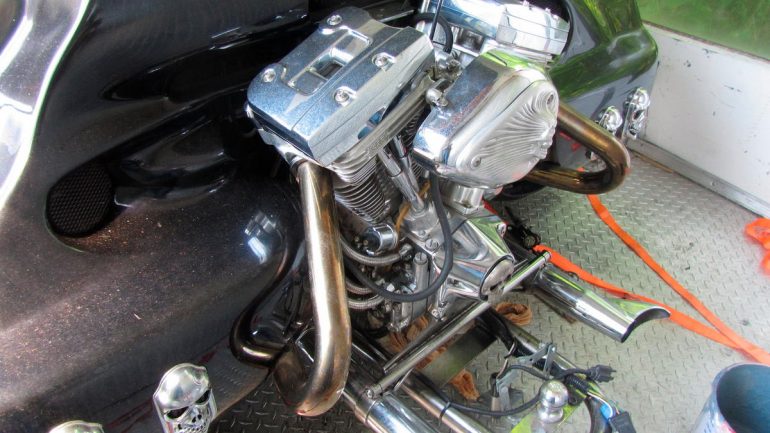 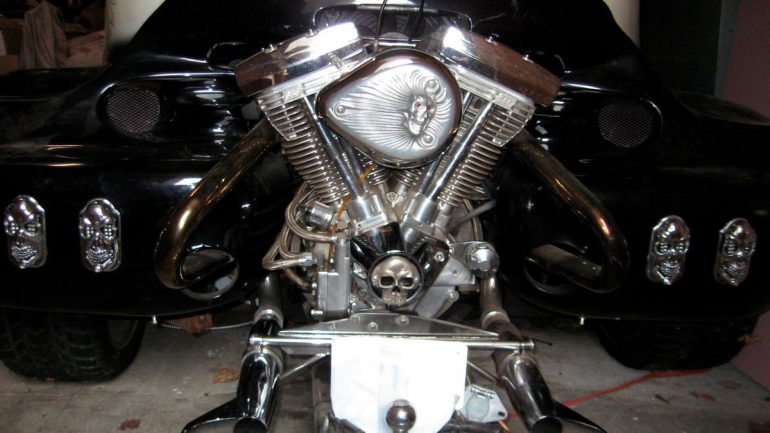 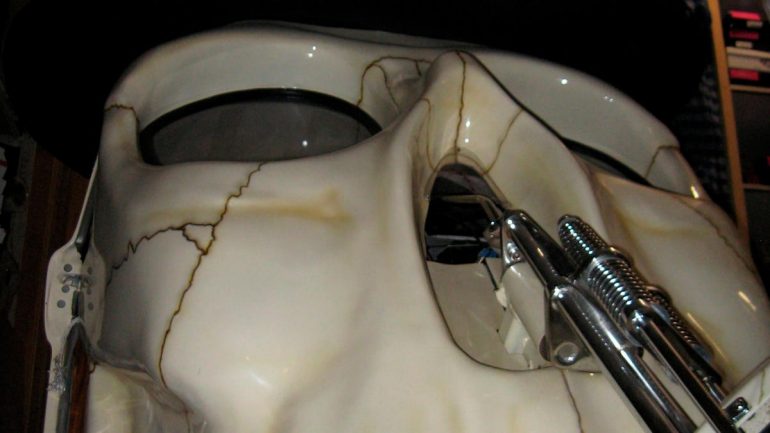 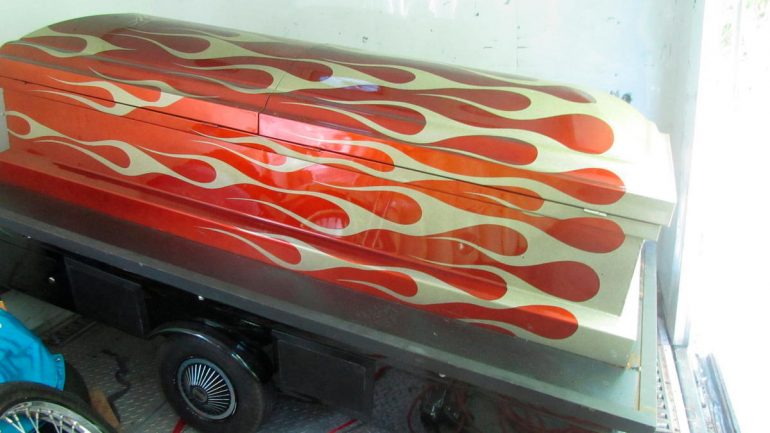