Luxury vessels that once enjoyed the most picturesque locales of the famous Mediterranean hot spots have bid adieu to the good old days in the wake of the sanctions imposed on Russian oligarchs. The waters that were the destination for the ultimate recess turned cataclysmic. To save his tuxedo-donning warship, Nord, Russia’s richest man Alexei Mordashov raced it at full speed to safe shores. Not one to give up his $500 million megayacht easily, sanctioned oligarch Mordashov saved Nord from seizure by spending a whopping $465,000 in fuel and racing it at full speed to Vladivostok, a Russian port city near Japan. It is now being observed on Vessel Finder that the 464 feet long megayacht is positioned in East Asia, sailing on the Japan Sea.

The mammoth pleasure craft sailing under the flag of Cayman is heading to the port of Busan in South Korea. This move comes as a surprise not only because the Lürssen– built mega yacht is the first one to move to South Korea but also because The United States and South Korea are allies under the 1953 Mutual Defense Treaty. The United States is one of South Korea’s major foreign partners, vital to its strategic security. It is also confusing why the Russian tycoon will risk sailing the luxury vessel beyond safety after all the risk he endured.
With the move to Busan, in all probability, Russia’s richest man Alexei Mordashov has left his luxury boat open for the taking. The tycoon left no stone unturned to save this expensive $500 million pleasure vessel. From spending hundreds of thousands of dollars on fuel to sailing her halfway across the globe to even going dark by turning mandatory location transponders off, he did it all.
About Nord and its many destinations:
Currently, the Nord is sailing on the Japan Sea as per My Ship Tracking, but its journey to Busan has been quite an action-packed adventure. Firstly, it’s no small feat to conceal a megayacht this enormous and take it to different locations without authorities seizing it first.
The luxury vessel built by German shipyard Lurssen can reach a top speed of 22 knots and was built for world cruising, but is this the best time to test its competencies? Despite its massive size, akin to a military ship, the luxury boat traveled far and fast, only possible after turning off the location transponders.
Nord ignored caution and sailed back full steam ahead despite the risk. To whisk the Nord yacht away from the grasp of authorities, the steel billionaire had her cruising for no less than 6,701 nautical miles from Seychelles to Vladivostok.
As per Bloomberg, Nord spent winters in the Maldives and Seychelles. It left Seychelles on March 12 and cruised toward Sri Lanka. The turning point, was when Nord took a distinctive 90-degree left turn before arriving at Vladivostok on April 11. Nord has hit the waters again to head to Busan. 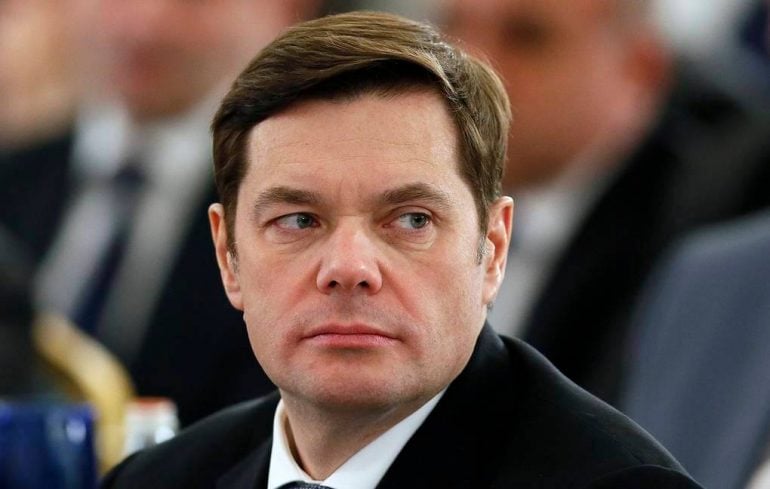 Who is Alexei Mordashov:
The Russian billionaire businessman is the main shareholder and chairman of Severstal, Russia’s largest steel and mining company. He is among Russia’s wealthiest men, second only to Putin himself, with $21 billion. Mordashov’s journey, much like his superyacht, is an interesting one. The self-made billionaire made it big despite humble beginnings as the child of steel mill workers. In addition to the $500 million Nord Yacht, the billionaire owned the $71 million, 215-foot yacht, ‘Lady M,’ seized by Italian authorities. Mordashov’s building complex located in Portisco, on the Mediterranean island of Sardinia, worth $116 million, was also taken by Italian authorities in March.