Last week, the internet was set abuzz by a pair of leaked pictures of a new one-off Ferrari that was rumored to be based on the F12 Berlinetta but without the roof and packed with technology like KERS (Kinetic Energy Recovery System). Very little was known about it except for its rumored price-tag of $4.2 million. The prancing horse marquee has finally taken the wraps off the unique new model named Ferrari F12 TRS. The one-off made its debut last week during the annual Ferrari Cavalcade driving tour, which this year took place in Sicily. The Ferrari F12 TRS was developed at a client’s request as an extreme, two-seater, open-top sports barchetta. 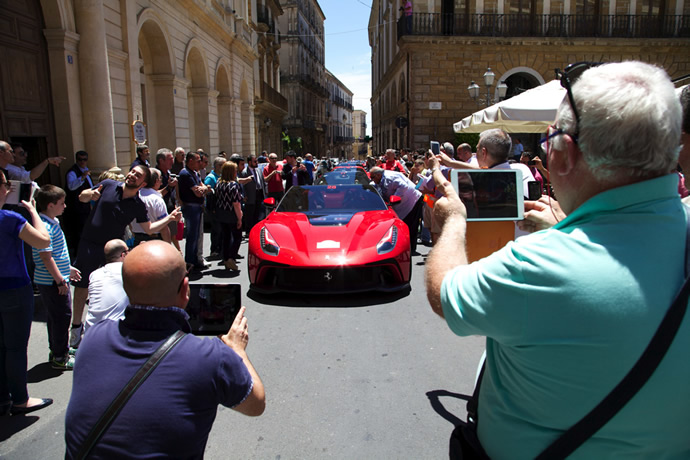 The design and name F12 TRS came from the 1957 Ferrari 250 Testa Rossa which is the car that drew the inspiration of Flavio Manzoni and the Ferrari Style Centre team. As for the specification, the Ferrari F12 TRS is powered by the same 6.3 liter V12 as the F12 Berlinetta. It produces 740 hp and 509lb-ft of torque, enough for a 0-62mph time of just 3.1 seconds. The open cockpit is decked out in leather, Alcantara and carbon fiber, but creature comforts like glovebox, air vents, carpeting, and audio system have been removed to save weight. Contrary to earlier reports, the roadster doesn’t have KERS but the rumored price of $4.2 million was correct. 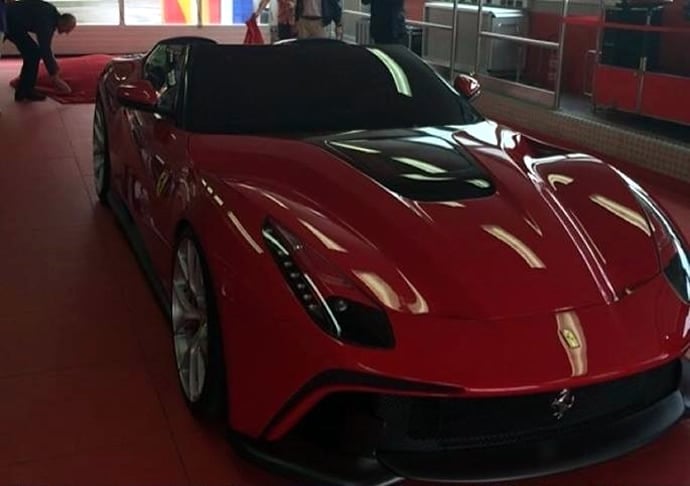 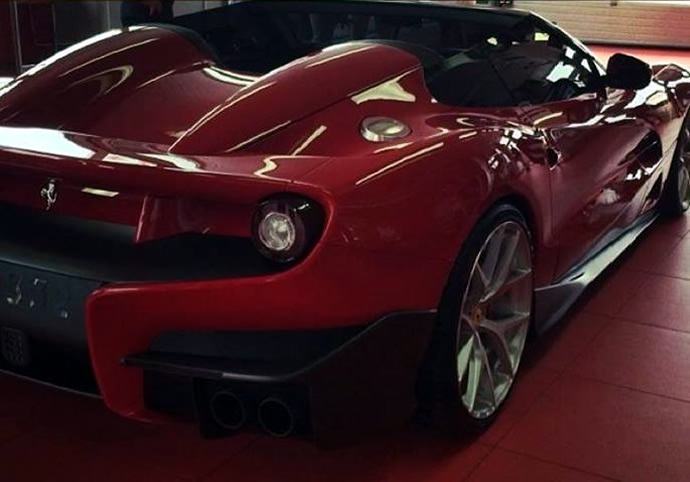