The automobile industry is currently going through a massive transition to adapt to ever-tightening emissions control regulations across the globe. Many believe that this is the last decade of internal-combustion-powered cars before the world makes a decisive move towards electric and hybrid cars. However, some of the biggest names in the automobile industry have spawned absolutely stunning exotic cars in the last 10 years as their final attempt before these machines become a part of history books – some of which can be regularly found on CarPages. Here are our 7 favourite exotic cars that have been launched in the last decade. 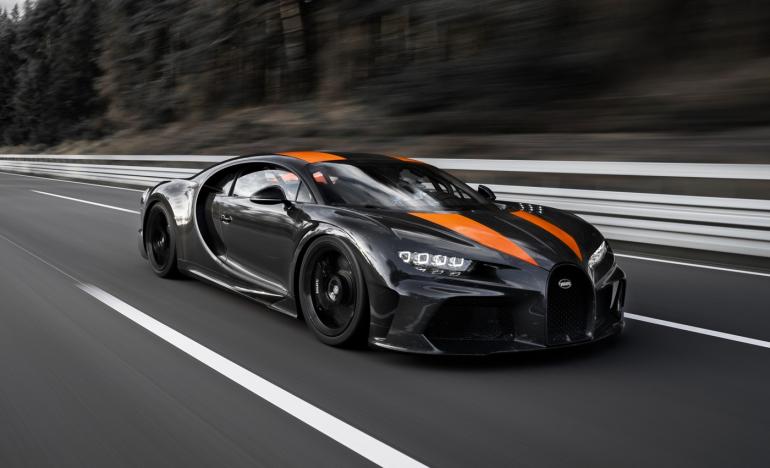 Bugatti Chiron Super Sport 300+
Bugatti finally became the first automaker in history to breach the seemingly unsurmountable 300mph barrier, beating the likes of Hennessey and Koenigsegg to it. While the car that created history was a prototype derived from the standard Bugatti Chiron, the French automaker announced that it will sell 30 examples of the record-breaking car. Officially called the Bugatti Chiron Super Sport 300+, it is powered by the same quad-turbo 8.0-liter W16 engine found in the regular Chiron; however, the output has been boosted to 1578 horsepower. Other changed include a tweaked, lighter bodywork that features a different tail section giving it the “Longtail” nickname and specially developed tires by Michelin that can handle speeds more than 300mph. The Bugatti Chiron Super Sport 300+ is priced at a whopping $3.89 million. 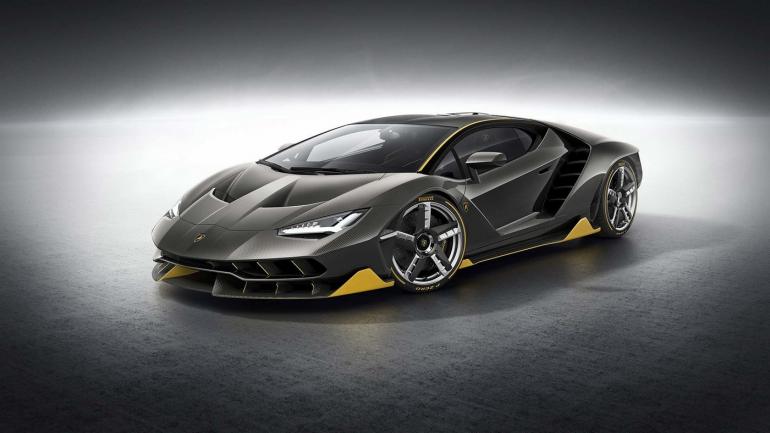 Lamborghini Centenario
To celebrate the 100th birthday of the Lamborghini’s founder, Ferruccio Lamborghini, the famed Italian automaker revealed a limited edition supercar at the 2016 Geneva Motor Show called the Centenario. Based on the Aventador SV, the Centenario was created by Lamborghini to showcase its evolving design language and the advancement of new technologies. It became the first Lamborghini to come with rear-wheel steering. While it retains the Aventador’s carbon monocoque chassis, the bodywork is made completely out of carbon fiber to make it as light as possible. Lamborghini upgraded the naturally-aspirated 6.5-liter V12 engine to 770 horsepower, making it the most powerful Lamborghini of its time. The Centenario also gets much more aggressive aerodynamic features including a massive rear wing and diffusor to increase downforce. Lamborghini built only 40 examples of the Centenario, 20 Coupes and 20 roadsters, and came with a starting price of $1.9 million. 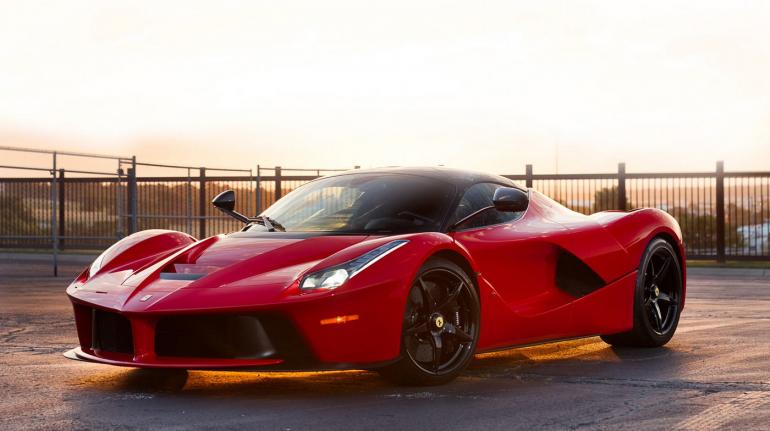 Ferrari LaFerrari
The LaFerrari is considered by many as the best car of the 21st century. The LaFerrari along with the McLaren P1 and the Porsche 918 Spyder were dubbed as the holy trinity of hypercars that forever transformed the idea of hybrid cars. The LaFerrari made its debut at the 2013 Geneva Auto Show and was launched as a road-legal car with technology derived directly from Formula 1. The styling of the LaFerrari is an evolution of the design language of Ferrari’s Halo cars from the past, including the famed F40 and Ferrari Enzo. The hybrid hypercar is powered by a 6262cc V12 engine that churns out 800 horsepower and is assisted by electric motor provides an extra 163 horsepower, taking the total to 963hp. Ferrari created only 500 examples of the coupe version and followed it up with 200 units of an open-top version called the LaFerrari Aperta. It has a starting price of $1.69 million when it was launched in 2013. 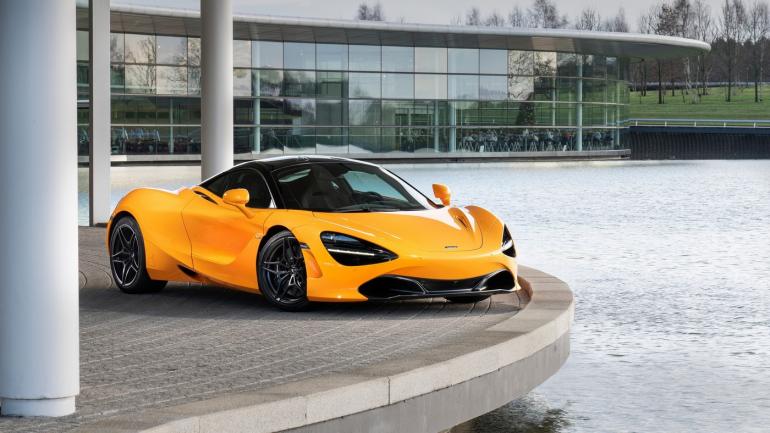 McLaren 720S
The McLaren 720S is the flagship series-production supercar that was introduced by the British automaker at the 2017 Geneva Motor Show as a replacement for the 650S. It was also the first all-new car to be introduced by McLaren as a part of its new plan to launch 15 new cars into the market by 2022 and McLaren claims that it is 91% new as compared to its predecessor. The 720S has an ultra-lightweight all-carbon fiber chassis and is powered by the automaker’s twin-turbocharged 4.0-liter V8 that delivers 710 horsepower. The mid-engine supercar is wickedly fast and can rocket from 0 to 60mph in just 2.8 seconds. The McLaren was launched with a starting price of $285,000; however, the price can easily swell to a little below million dollars with all the optional extras. 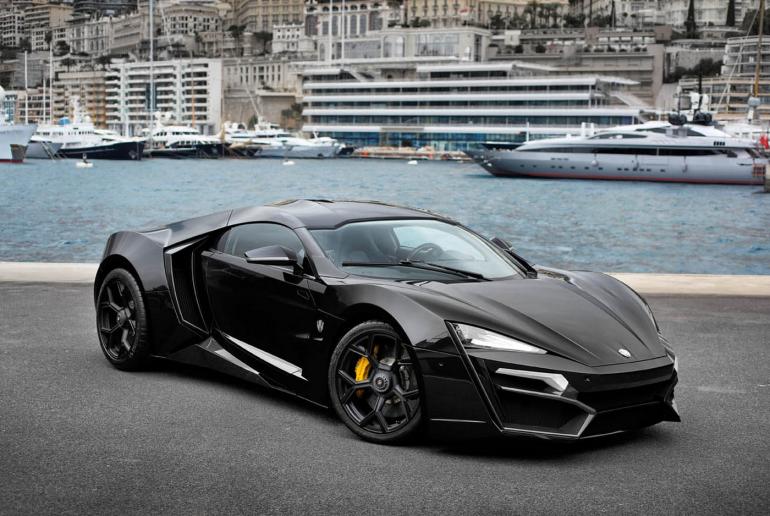 Lykan Hypersport
The Lykan Hypersport is one of the most exotic hypercars that was launched in the last 10 years. Billed as Arabia’s first hypercar, the Lykan Hypersport is the creation of a Lebanon-based company called W Motors Dubai Motor Show. The wicked-looking hypercar made its debut at the 2013 Dubai Motor Show and has been featured in the Hollywood movie Furious 7. The Lykan Hypersport is also a part of the Dubai Police Department’s fleet of exotic patrol cars. It is also the first car in the world to have diamonds in its headlights. It is powered by a twin-turbocharged flat-six Porsche engine that is tuned to produce 750 horsepower. Only 7 examples of the outlandish hypercar were built and it carried a price-tag of $3.4 million, making it one of the most expensive production cars. 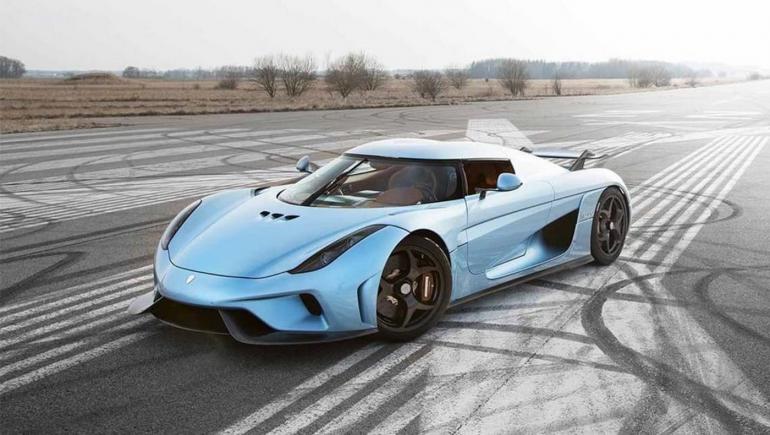 Koenigsegg Regera
Revealed at the 2015 Geneva Motor Show, the Koenigsegg Regera is one of the most technologically advanced hybrid megacar with a power-to-weight ration of 1:1. Instead of traditional gearbox, the Regera has a single-speed, torque-convertor-style direct drive, making it the first-of-its-kind. The hybrid megacar is powered by a 1100hp twin-turbo V8 paired with three electric motors—one in front of the crankshaft, and one at each rear wheel. In total, the Regera makes 1500hp and 1475lb-ft of torque, which is enough to give it a well over 250mph top speed. In fact, the Koenigsegg Regera recently smashed the record for the fastest 0-400-0 km/h (0-249-0 mph) by completing it in a rather unbelievable 31.49 seconds. Koenigsegg said it will build only 80 examples of the record-breaking car that was launched with a price-tag of $1.89 million. 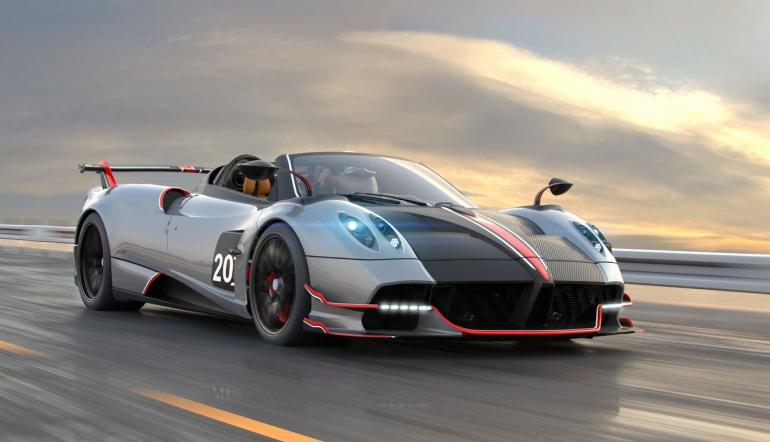 Pagani Huayra Roadster BC
Pagani revealed the Huayra Roadster BC earlier this year through the mobile game CSR Racing 2 ahead of its official debut at the 2019 Monterey Car Week. The open-top version of the Huayra BC is powered by the same Mercedes-AMG-sourced 6.0-liter twin-turbo V12 found in the BC coupe; however, the power has been increased from 750 horsepower to 790hp to offset the additional weight. The hypercar has been purpose-built to perform well on racetracks thanks to its ultra-lightweight and stiff monocoque chassis and big rear-spoiler and winglets all around the bodywork. Pagani will build on 40 examples of the Huayra Roadster BC and the starting price has been set at $3.4 million.