It is a known fact that China is currently the world’s largest and the most crucial market for high-end automobiles. Most of the luxury marquees have pivoted accordingly and we have seen a flood of special edition cars in the last few years created to woo the Chinese clientele. Pagani is the latest to join the bandwagon; the Italian supercar-maker has announced it is creating a special edition Pagani Huayra variant dubbed the Dinastia exclusively for China. The special edition Huayra celebrates the establishment of Pagani China Automotive Limited (PCAL) operations in China and Macau. Pagani will build only three examples of the special edition (3out of a 100-unit allocation for China) because the “number 3 pronounced in Chinese language sounds like the character sheng, which is the meaning of life, new birth.” 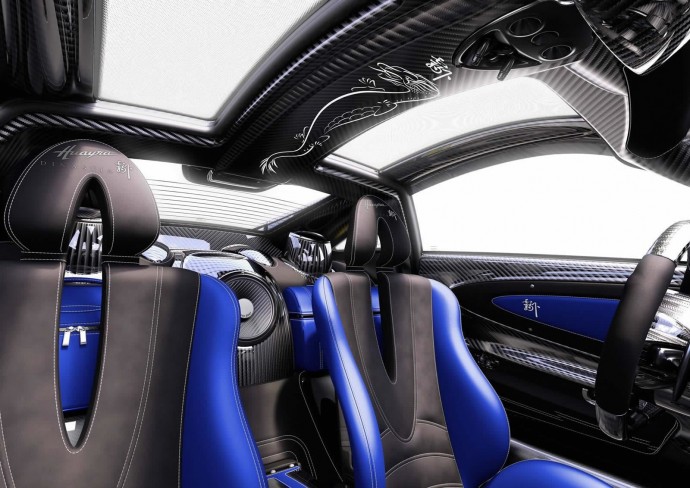 The theme of the Pagani Huayra Dinastia Edition is centered on dragon that has a significant spiritual role in China. But unlike other special editions from Pagani, each of the three Pagani Huayra Dinastia’s will look unique from each other. Horacio Pagani himself selected three different colors for these three carbon fiber-bodied Huayras. One will be entirely finished in gold carbon fiber making it the only car Pagani has created in such a finish. The other two will come with blue tinted carbon fiber and red tinted carbon fiber across the vast majority its body. All three examples will feature Dragon graphics across the exterior. The three versions of the special edition have been previewed through design renderings and highly detailed scale models showing dragon accents both inside and out. Under the special body, he Pagani Huayra Dinastia will utilise the same twin-turbocharged 6.0-litre V12 engine as all other Huayras. As a result, they will deliver the same 700 hp and 737 lb-ft of torque and be capable of reaching 100 km/h in just three seconds.