Thankfully, we are now finally done with the countless special edition Pagani Zondas (not that we were complaining but it was time to move on) which means now we’ll be treated with a slew of special edition Huayras. A couple of days back, the internet was flooded with pictures of a bespoke Pagani Huayra named the La Monza Lisa edition. It’s in fact only the second bespoke Huayra hypercar to have landed on American soil and this one has been specially prepared for Kris Singh, a wealthy businessman and a car collector from Miami Beach, Florida, USA. You may remember him as the same person who also bought one of the three Lamborghini Veneno models. 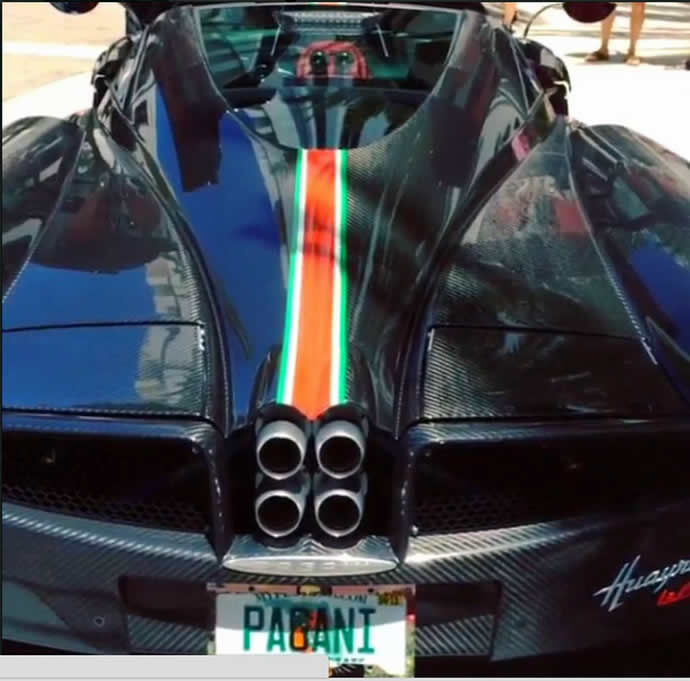 The Pagani Huayra La Monza Lisa is finished in bare carbon fiber prominently featuring the colors of the Italian flag (green, white, and yellow), similar to the one of the Zonda Revolucion and we must say that it looks absolutely stunning. The vehicle comes with Pirelli wheels, with a second set of black Zonda R wheels also purchased by the owner. All the details on the tech specs aren’t known yet but what we know till now is that the hypercar is powered by a modified V12 bi-turbo 6.0-liter AMG engine. The motor was supposedly built by Michael Kübler, one of only two people in the world who makes the AMG powertrain, and could even be more powerful than the standard version. The special edition has also been signed by the entire Pagani team who created it, including Horacio Pagani, the company’s founder, and his family.