Pagani has lifted the veil off the ultimate Huayra, and it is a track weapon that proudly wears the ‘R’ badge like its predecessor, the legendary Pagani Zonda R. The boutique supercar manufacturer debuted the Huayra in 2014 as a replacement for the Zonda. And after almost seven years in production, it’s time for Pagani to come up with its successor. But before that, the Pagani factory will create 30 examples of the Huayra R as a goodbye to the model. Don’t be fooled by the looks of the new supercar. It’s a lot more than a simple sticker, even though it looks a lot like the standard variant. In fact, Pagani has equipped the Huayra R with a host of bespoke features and parts to create an exceptional performance car tailored for race tracks. 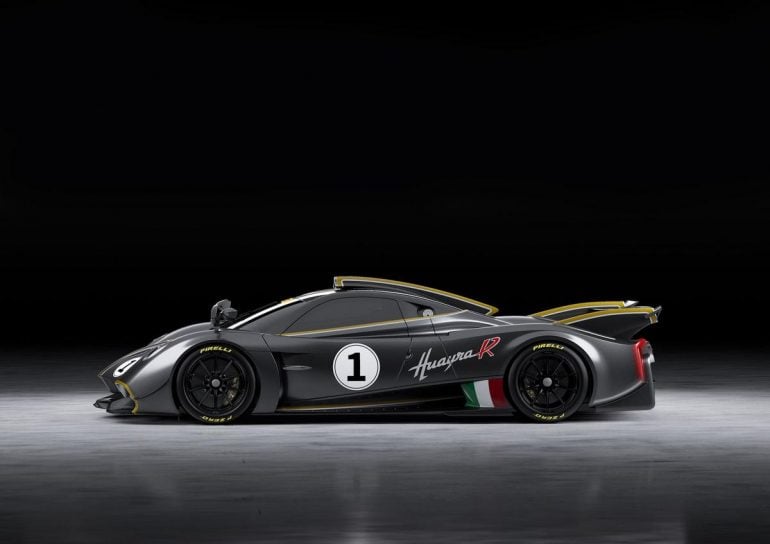 The highlight of the Huayra R is its bespoke engine engineered and built by Mercedes’s HWA racing subsidiary. The naturally aspirated 6.0-liter V12 can rev to 9000 rpm and churn out 838 horsepower and 553 pound-feet of torque. Pagani says the new engine has nothing in common with the Mercedes-AMG twin-turbo 6.0-liter V12 that powers the rest of the Huayra line-up. “It will sound like an F1 car. An old F1 car, not a new one,” says Pagani’s head of sales and marketing, Hannes Zanon. Pagani will also offer an optional muffler to help the Huayra R meet 110-decibel noise limits for tracks that enforce them. The engine is paired with a race-spec six-speed non-synchronized dog-ring sequential gearbox that channels the power to the rear wheels and is rigidly mounted to the chassis, acting as a stressed member. 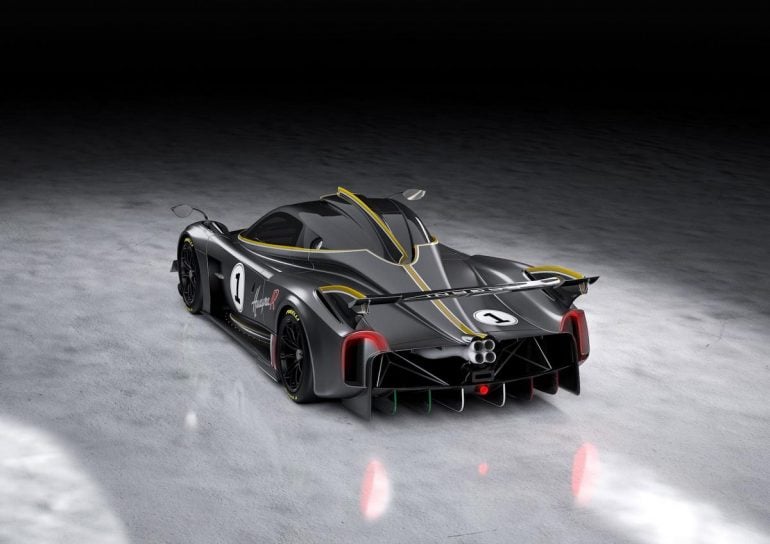 “The Huayra R, just like the Zonda R, is the freest, most extreme, and performance-oriented Pagani car of all time,” says Pagani boss Horacio Pagani. The Huayra R uses carbon-titanium for the monocoque that increases the torsional stiffness by a claimed 16 percent and bending stiffness by 51 percent compared with the coupe. In terms of aerodynamics, there’s a pair of active aero flaps at the rear that help create 2205 pounds of downforce at 199 mph. In addition to that, the Huayra R is fitted with Pirelli’s slick tires are derived from GT3 racing that is claimed to provide 30 to 40 percent more grip than the grippiest street tires. Only 30 units of the Pagani Huayra R will be made, and the track-only supercar has a sticker price of $3.1 million. 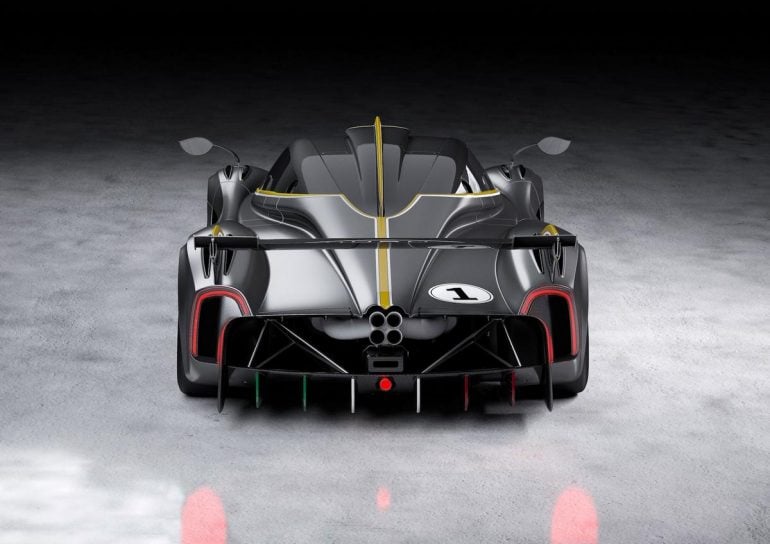 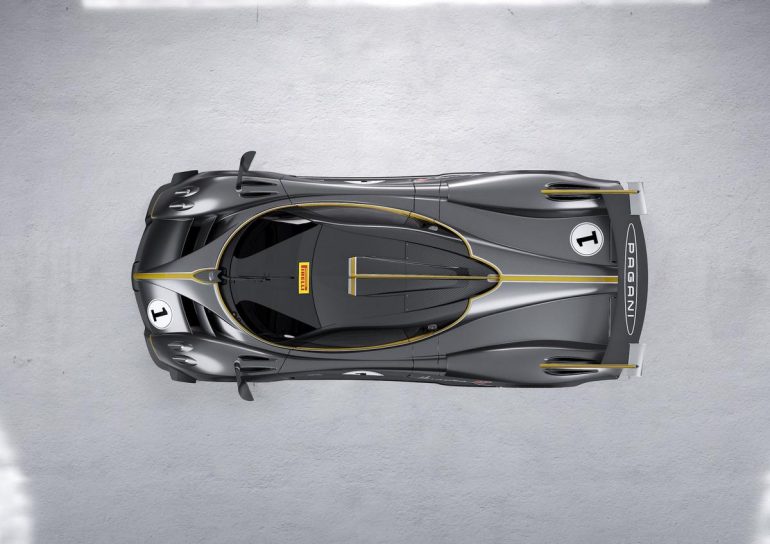 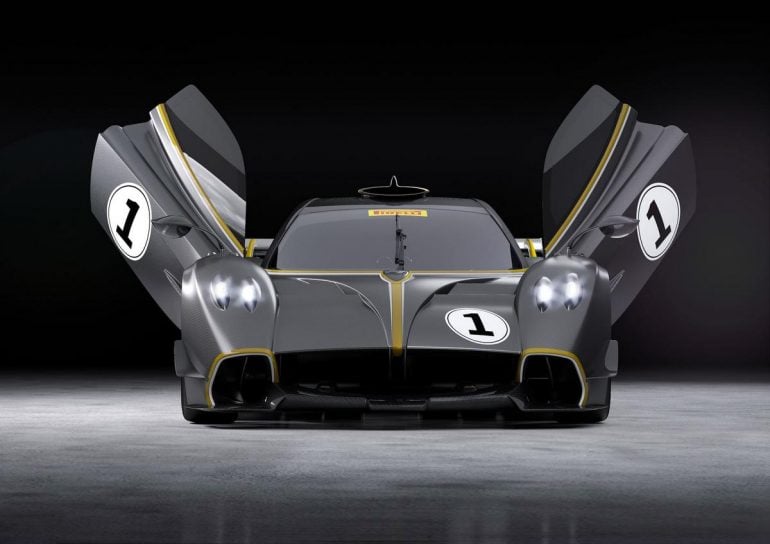 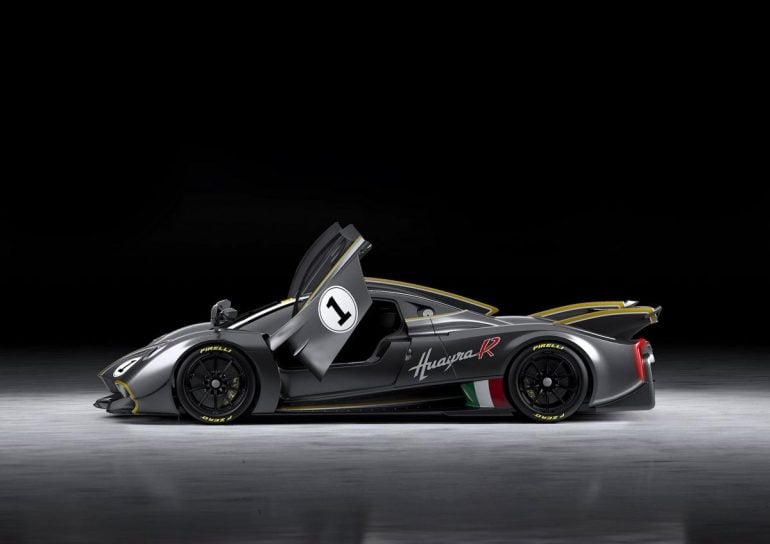 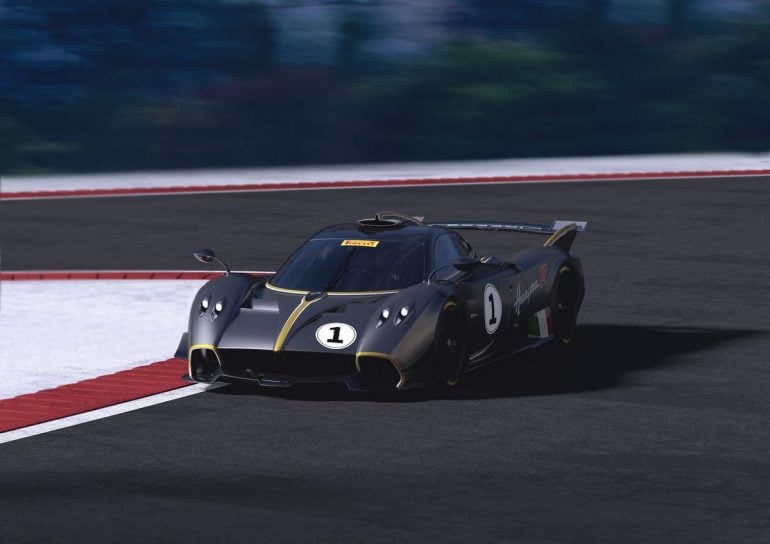 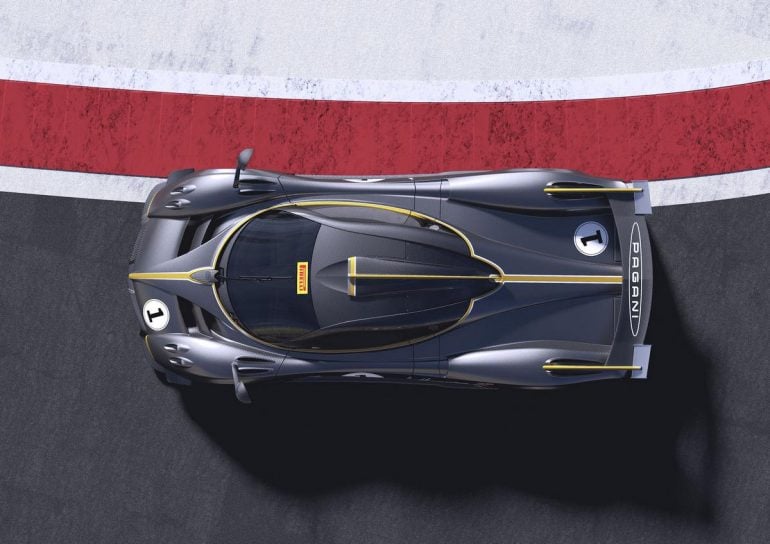 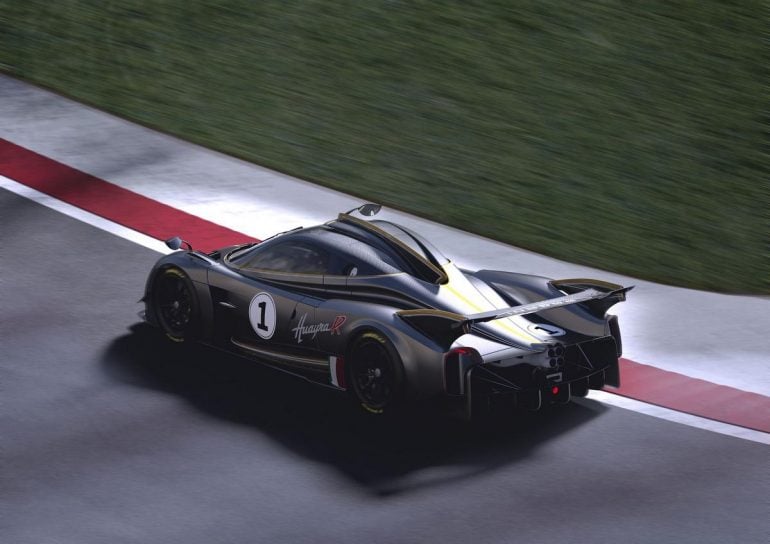 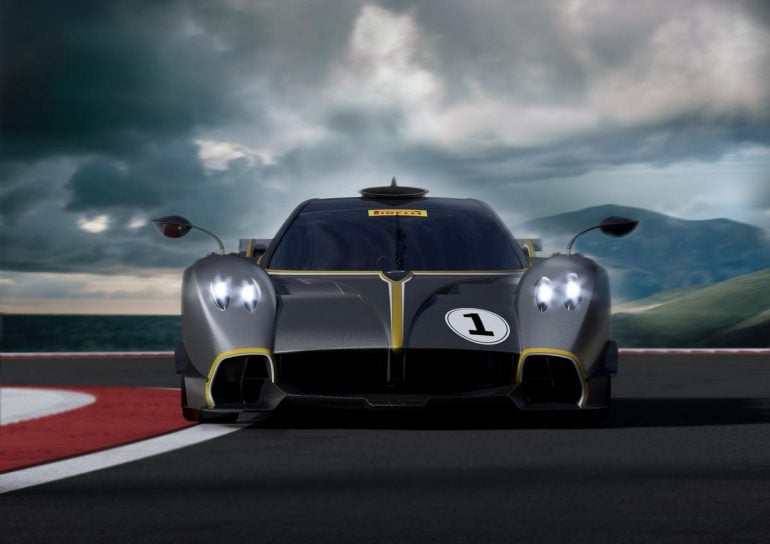 Tags from the story
Pagani-Huayra, Supercar