Last year, Porsche surprised everyone by debuting a book called Porsche Unseen that included 15 previously unshown design studies conducted by the German automaker between 2005 and 2019. While many of the concept designs were so intriguing that many Porsche fans started asking for production variants, but there was one that stood out from the rest – the Porsche Vision Renndienst Electric Van. The Stuttgart-based manufacturer has finally released photos of the concept van’s cabin. 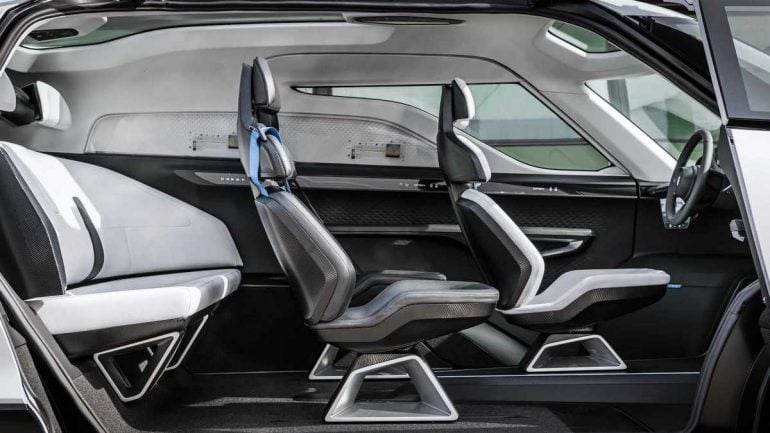 Porsche has been historically known as a manufacturer of sporty cars tailor-made for driving enthusiasts. The company was severely criticized when it decided to build the Cayenne SUV in 2002. This is what makes Porsche’s design study of an electric bus surprising and interesting at the same time. However, Porsche has mentioned that it has no intention of putting the Vision Renndienst concept into production. 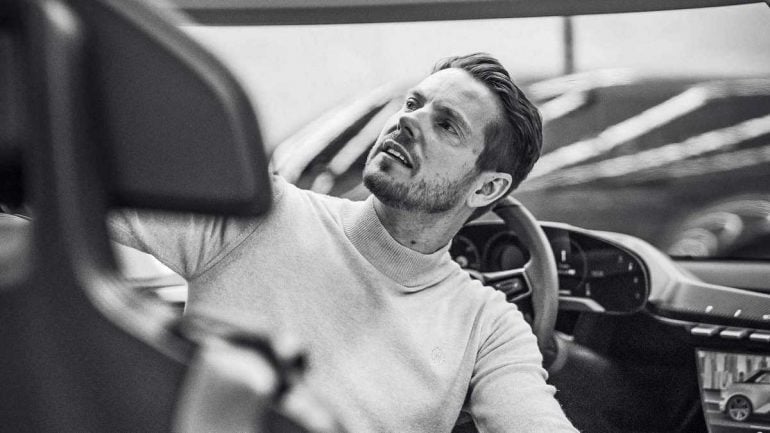 The concept van’s interior has a very unconventional layout with seating for 6. The most noticeable thing about the cabin is its driver’s seat. It has a central seating position for the driver, which might remind you of the mighty McLaren F1. This gives the van a rounded shape at the front which should help to maximize aerodynamic efficiency, along with opening up space inside the cabin. The central seat can also swivel 360 degrees, making it easier for the driver to communicate with the passengers. 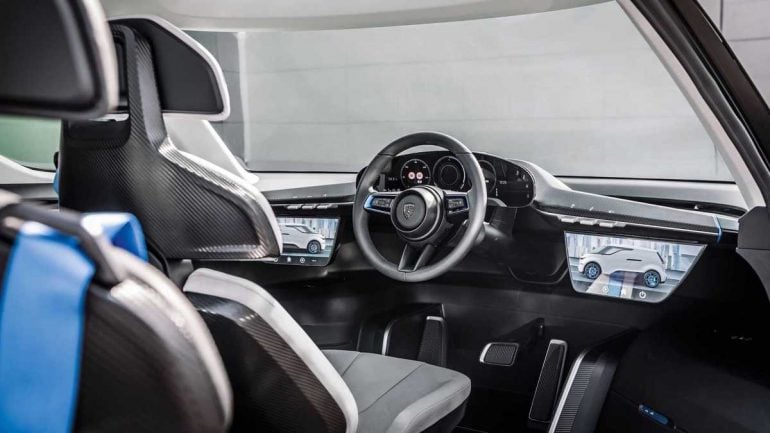 Right behind the driver’s seat are two individual seats that are pushed right next to the doors on each side. This opens up a lot of space in the middle, making it easier to reach the third-row seating. The bench seat at the rear can seat 3 people and gets floating headrests to maximize rear visibility for the driver. Interestingly, the van has asymmetrical windows on each side, while looks cool but might not be the best for those sitting on the left. 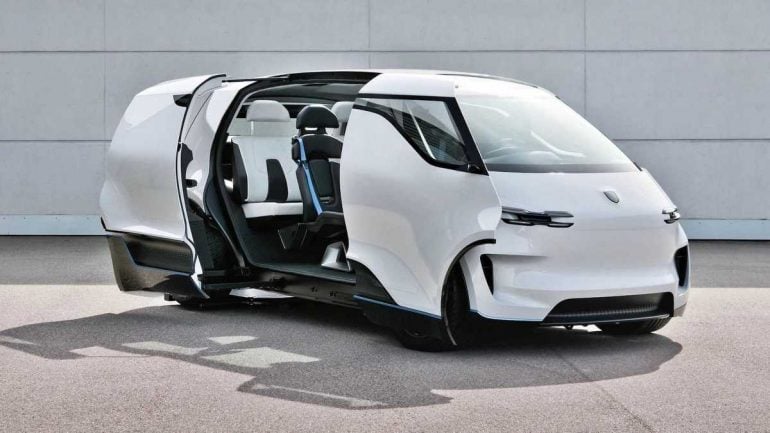 “We thought about how we could still give a distinctly Porsche flair to a passenger compartment that is so far removed from the classic sports-car interior. And how autonomous driving could be designed,” said designer Michael Mauer said. Do you think it will be a good idea for Porsche to build an electric van in the future? 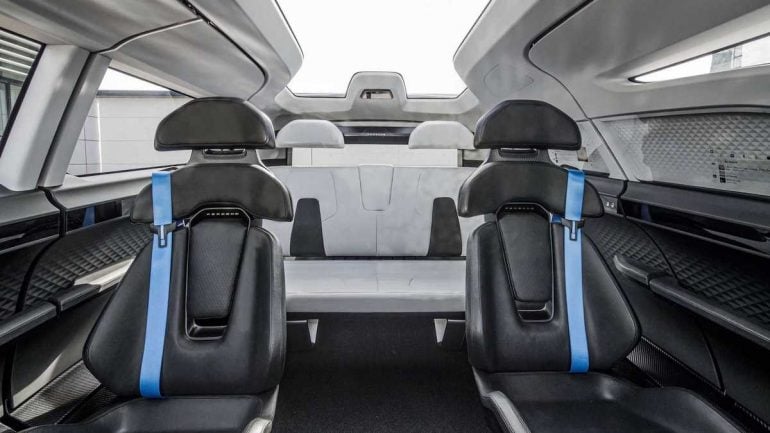