It’s been six years since we came up with our list on the world’s top 10 fastest street-legal production cars. A lot has changed since then and the automotive world’s focus has now decisively shifted towards the electric car. So it makes more sense to make a list of the world’s top fastest electric cars. And, why not? After all, they have not only caught up with hypercars powered by internal combustion engines but even surpassed them. However, instead of top speed, we chose to rank these electric cars on their acceleration figures – something there are almost unbeatable at! 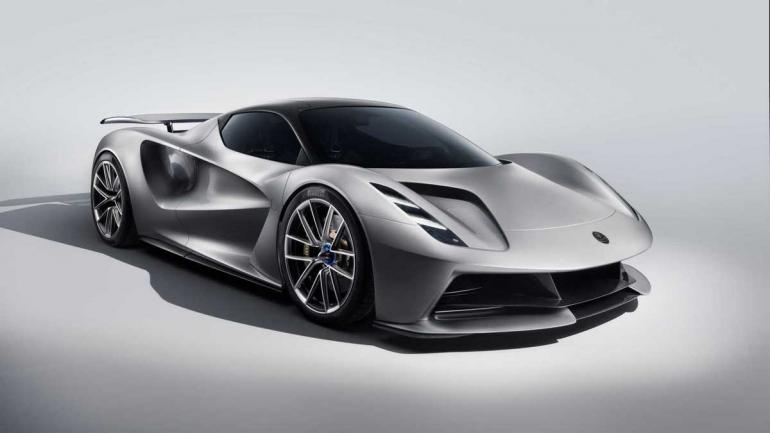 Lotus Evija :
0-60mph/under 3 seconds – Famed British automaker Lotus last year in summer revealed its most ambitious project of recent times – a $1.86 million all-electric hypercar with specs to match the best in the segment. The Lotus Evija is the first product to be fully developed by Lotus after it was bought by the Chinese automotive group Geely. Only 130 units of the electric hypercar will be made and production is scheduled to start later this year. Lotus is still going through the final phase of testing of the Evija and is yet to give an exact 0-60 time; however, the iconic British brand has said that it is below 3 seconds. 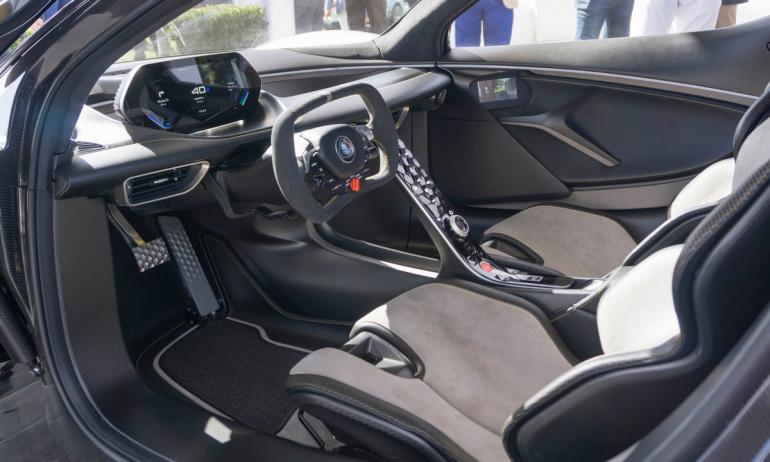 How does it do it? The Evija gets four electric motors supplied by Integral Powertrain, with each of them placed at the individual wheel. Each motor individually produces 493 hp, taking the total output 1,970 hp or 2000 PS. The motors are powered by a 70 kWh battery pack developed in conjunction with Williams Advanced Engineering. 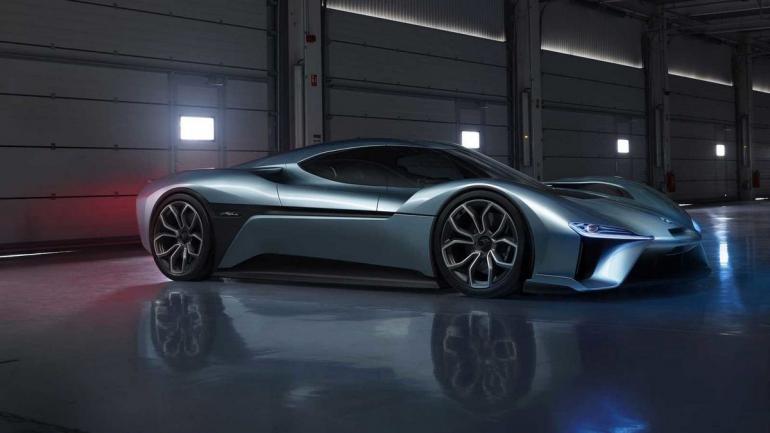 NIO EP9 :
0-60mph/2.7 seconds – Chinese electric car maker NextEV launched a new brand called NIO back in 2016 along with introducing its first product called EP9. The technology driving the two-seat sports car is assisted by the brand’s Formula E racing division. Although the EP9 has a comparatively slower 0-60 time of 2.7 seconds, the sports car has several lap records to its name. The EP9 set the record the fastest lap by an electric vehicle for the Circuit of the Americas, Shanghai International Circuit and the Circuit Paul Ricard tracks, while its lap record on the famous Nurburgring was broken by Volkswagen’s ID R electric race car last year. 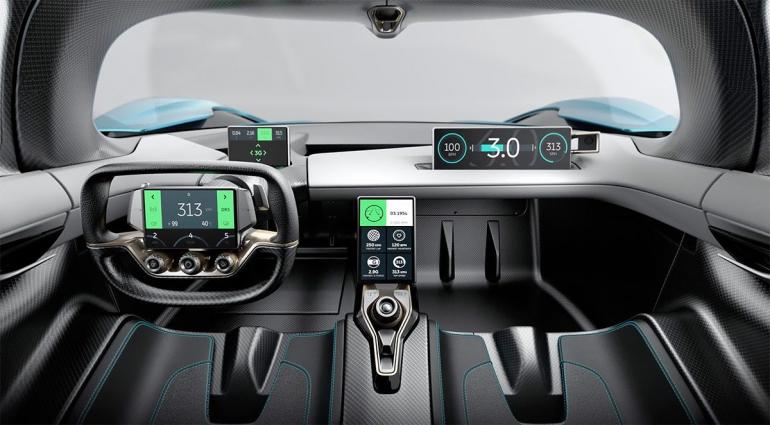 How does it do it? The NIO EP9 has four electric motors powering each individual wheel of the sports car. Each motor churns out 335 horsepower, with the total output adding up to 1341 hp. In addition to that, 4 individual single-ratio transmissions – one at each wheel. The car has an advanced torque vectoring system that can adjust the power output to each wheel. 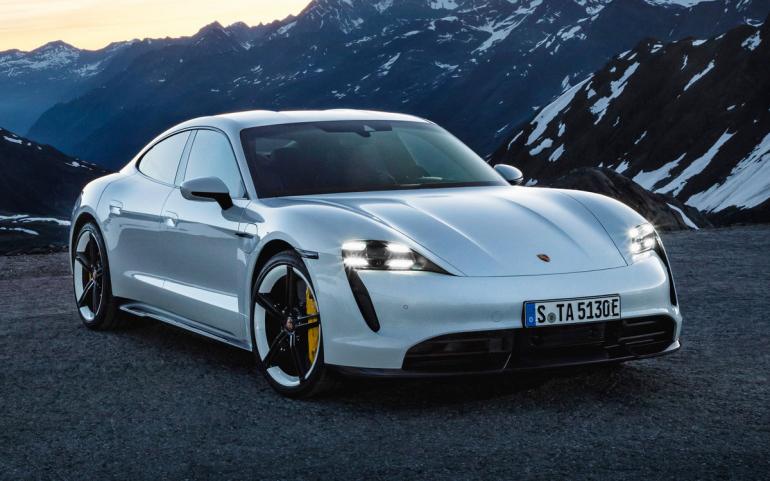 Porsche Taycan Turbo S :
0-60mph/2.6 sec – Porsche finally made its entry in the quickly evolving EV market last year by launching the Taycan – its first-ever all-electric car. Porsche currently has three trim levels of the Taycan on sale, which include the high-performance Turbo and Turbo S variants along with the entry-level Taycan 4S. Although, the Porsche Taycan is a four-door sports sedan with a 2+2 seating layout, the electric car’s range-topping model Turbo S is already the quickest in the German automaker’s entire line-up of production cars. It can accelerate from zero to 60mph in a blistering 2.6 seconds and hit a top speed of 162mph. 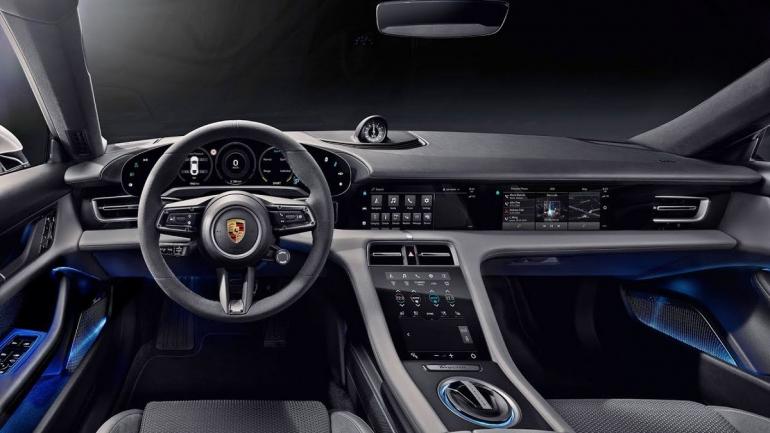 How does it do it? The Porsche Taycan is powered by two electric motors located on the front and rear axles. While all production EV uses a single-speed transmission, the Taycan’s rear electric motor is coupled to a two-speed transmission that helps with both top speed and efficiency. Powered by a 93.4-kWh battery, the Taycan Turbo S has a whopping 616 horsepower on tap, which can be further increased to 750 HP with launch control and overboost.

Tesla Model S Performance :
0-60mph/2.28 seconds – Tesla Model S has to be the most popular electric car ever made, which can be credited for single-handedly changing the boring image of electric cars into something which can be fun and insanely fast. Introduced back in 2012, the electric sedan has received regular updates over the years, keeping it ahead of its competitors. While Tesla claims that the Performance variant of the post-2016 Model S has a 0-60mph time of 2.4 seconds, many independent tests have shown that the electric car is considerably faster than that. In fact, the Model S Performance in the Ludicrous mode is said to have a 0-60 time of 2.28 seconds, which was even before the new Raven update came in.

How does it do it? The Tesla Model S is powered by a dual 3-phase AC induction motor setup at the front and rear axles, making it an all-wheel drive car. The combined output of the car is 825 horsepower and 960 lb-ft of torque. 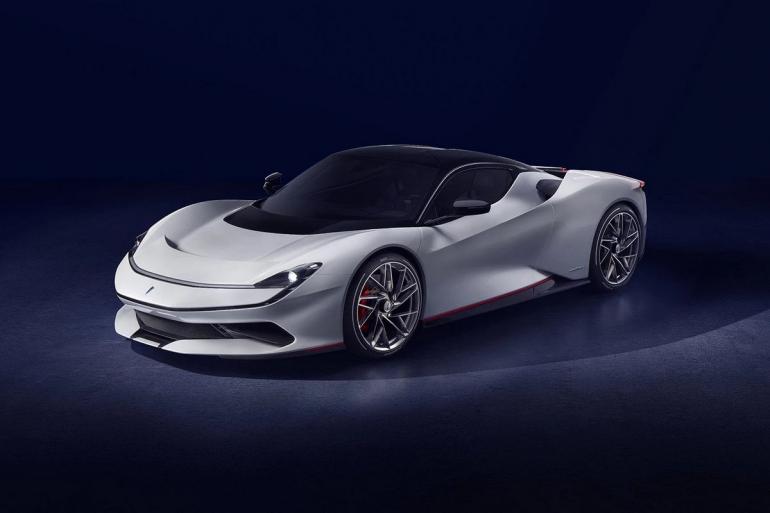 Pininfarina Battista :
0-60mph/under 2 seconds – The legendary Italian design studio Pininfarina, known for penning the designs for some of the most beautiful Ferraris, has made its foray into building cars and its first offering is an insanely quick electric hypercar. Called the Pininfarina Battista, the most powerful production road car ever to come from Italy. The company claims, the Battista can accelerate from 0 to 60mph in less than 2 seconds (the exact timing is yet to be announced) and reach a top speed of 218mph. 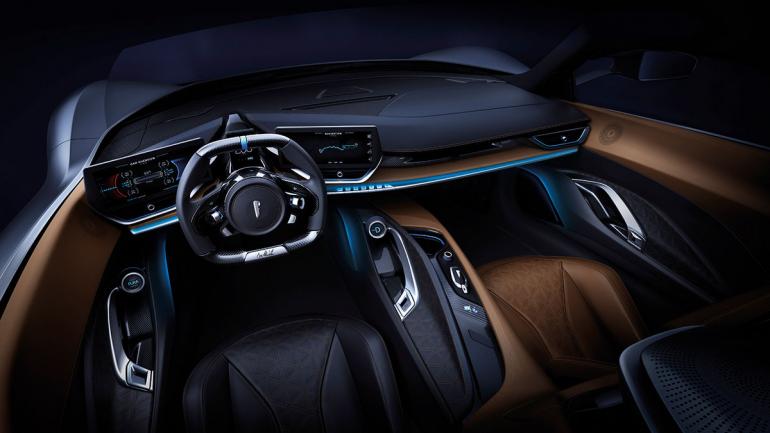 How does it do it? The Pininfarina Battista is powered by EV technology developed by Croatian EV maker Rimac. The electric hypercar uses individual electric motors for each wheel with a combined power output of a whopping 1900 horsepower and 1696 lb-ft of torque. The power is controlled by a torque vectoring system distributing thrust to each wheel independently for maximum performance. The motors are powered by a Rimac-developed T-shaped liquid-cooled 120 kWh lithium-ion battery pack that is placed right behind the driver at the lowest possible point in the chassis to keep the center of gravity as low as possible. 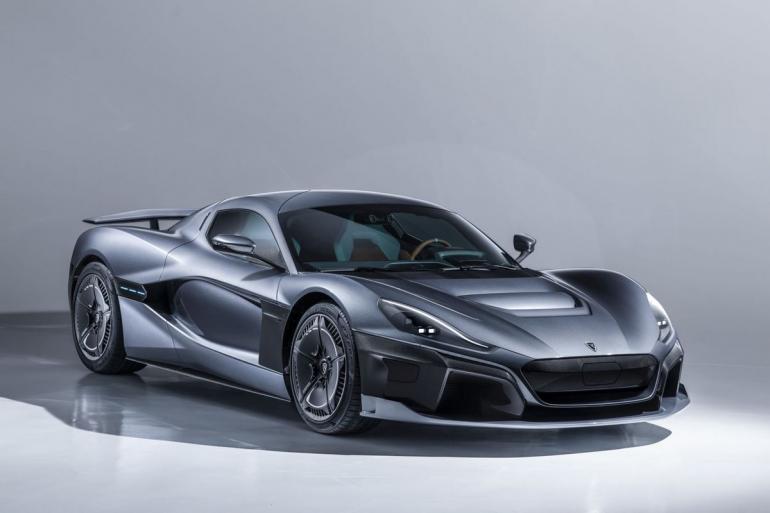 Rimac C_Two:
0-60mph/1.85 seconds – Croatian automotive manufacturer Rimac Automobili showcased the C_Two all-electric semi-autonomous hypercar at the 2018 Geneva Motor Show. With plans to start deliveries in 2020, the automaker is currently completing the process of homologation for the global market. The C_Two is Rimac’s second car which is preceded only the Rimac Concept One – the same electric hypercar Richard Hammond famously crashed while filming an episode for The Grand Tour. While only 8 units of the Concept One were built, Rimac plans for a production run of 150 vehicles for the C_Two. Rimac also says the C_Two is a significant technological leap over its predecessor. According to claimed figures, the C_Two can go from zero to 60mph is 1.85 seconds and hit a top speed of 258mph. 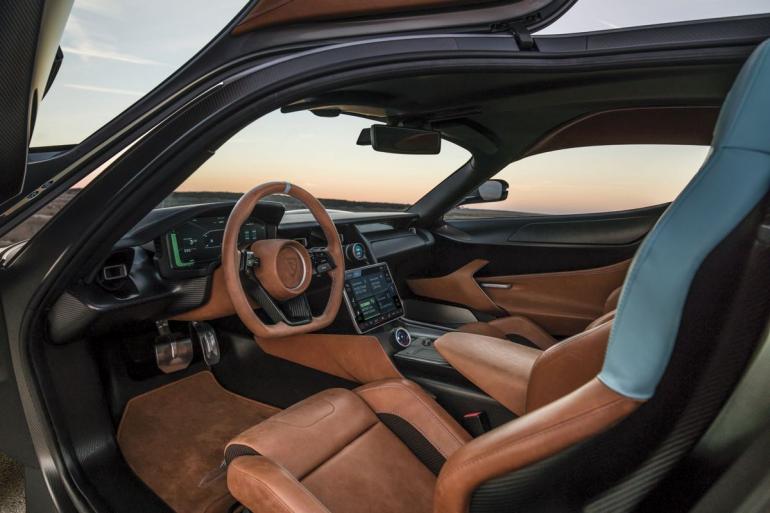 How does it do it? As mentioned earlier in the list, the Rimac C_Two shares the underpinnings with the Pininfarina Battista. It has four electric motors with a combined output of 1,914 horsepower and a torque figure of 1,696 pound-feet. Powered by a large 120-kWh battery pack, it has a 342 miles as per WLTP or 404 miles according to NEDC. 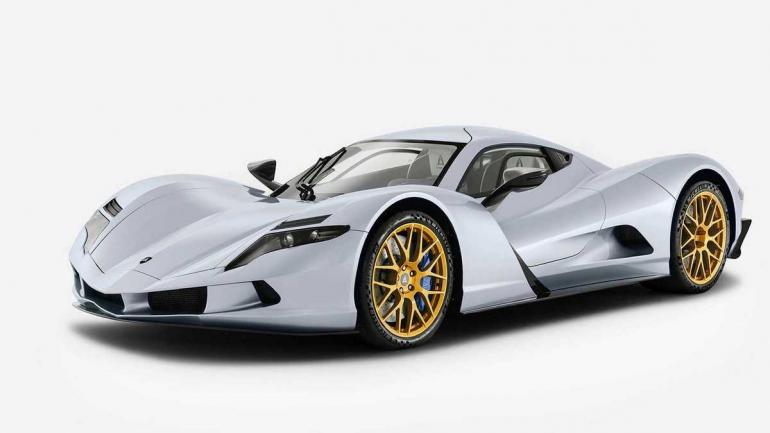 Aspark Owl:
0-60mph/1.69 seconds – Japanese engineering firm Aspark, a relatively unknown name in the automobile industry, shocked the world two years back by posting a video online of an electric hypercar prototype that blitz the 0-60mph sprint in an unbelievable 1.9 seconds. The company finally revealed the production variant called the Aspark Owl with the world-beating performance specs. Aspark claims that the production version of the electric hypercar can accelerate from zero to 60mph in an ungodly 1.69 seconds, making it the fastest in the world. The claimed top speed is 249 mph, while the sprint from a stop to 186 mph requires a mere 10.6 seconds. 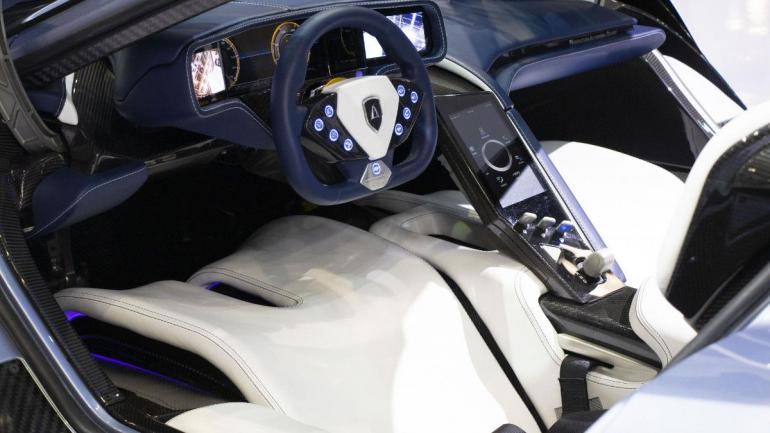 How does it do it? The Aspark Owl has four electric motors making a total of 1,985 horsepower and 1,475 pound-feet of torque, which is powered a relatively small 64-kilowatt-hour lithium-ion battery pack. Aspark says it might introduce a bigger battery sometime in the future. The entire hypercar is made of ultra-lightweight materials, including all of the panels which are made of carbon fiber reinforced plastic. Only the frame of the roof is made of stainless steel.