Airlines these days are trying too hard to remain afloat. From launching fancy amenity kits, bag delivery services, dine-on-demand meals, and even offer long-haul flights sans economy class. If you think they are getting innovative now (partly due to the pandemic-induced setbacks), you would be pleasantly surprised to learn about the Boeing 377 Stratocruiser in the late 1950s. Completely justifying the word luxury and first-class, the golden age of travel truly belonged back to the 50’s when airplanes had bunk beds like trains. Champagne, cigars, and caviar were consumed instead of sandwiches and burgers, and a plane journey was simply vacation in the skies. Air New Zealand announced its plans to introduce bunk beds in 2020, and that must’ve blown the socks off some travel-enthusiasts. Only it’s not a new idea; in fact Pan Am airways operated flights where overhead storage space was actually a sleeping compartment, passengers used to drift off to sleep after intoxicating meals of beef roast and cocktails. Back in those days, ample legroom and recliners weren’t considered the epitome of luxury; on the contrary, aircrafts like Martin M-130, Lockheed Constellations, and Douglas DC-6s operated by airlines such as KLM had beds in both the upper and lower berths. Comfortable mattresses, Pullman-style curtains, windows, reading lights, and even breakfast in bed were provided, making the experience of flying in the skies truly unforgettable. The whole experience didn’t come cheap back then though it was absolutely worth every cent; a round-trip coach ticket from New York to London in a Boeing 377 Stratocruiser cost approximately $580.

Pan Am flight attendant Bronwen Roberts used to fly on the Boeing 377 Stratocruiser in the late 1950s, said, “This style of flying is very unlike the flying of today, where passengers typically stay quiet and keep to themselves. In the lounge, however, flyers would chat and socialize. One of the special features of planes during this time was overhead beds. Instead of cramming luggage in the overhead compartments, passengers could pull down a bed and drift off to sleep above the plane seats. I tested them when we’re on the ground, and it was so spacious,” Roberts added. “Even a tall man could stretch out, and it was very comfortable.” The 377 Stratocruiser is redundant today, but the Pan Am Museum Foundation has an exhibit about the plane in New York City filled with pictures and the luxury plane’s memorabilia. 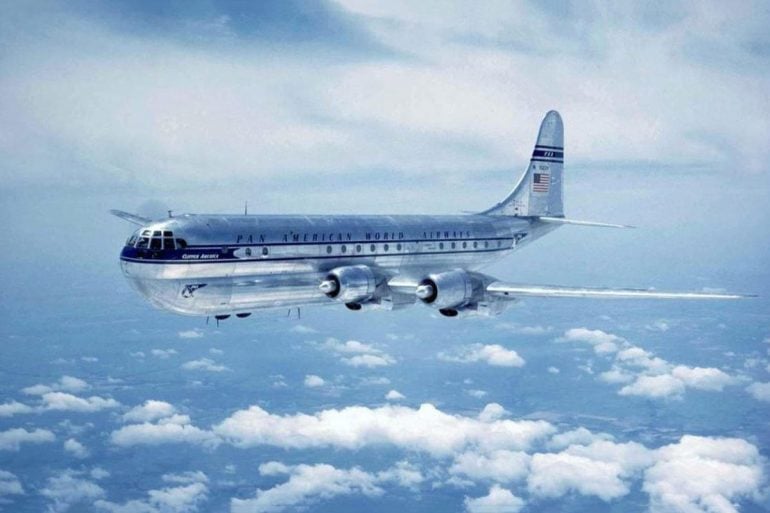 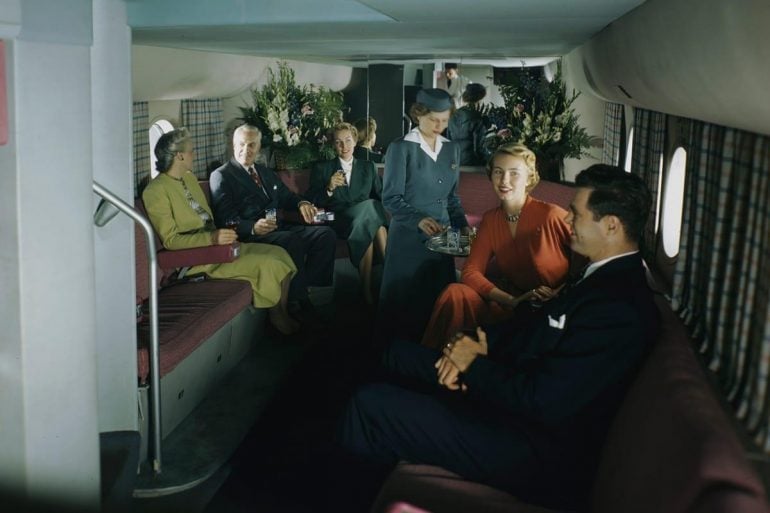 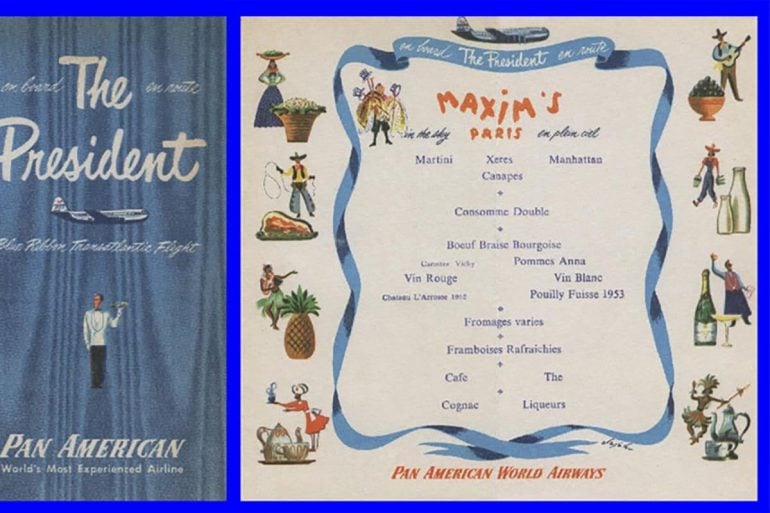 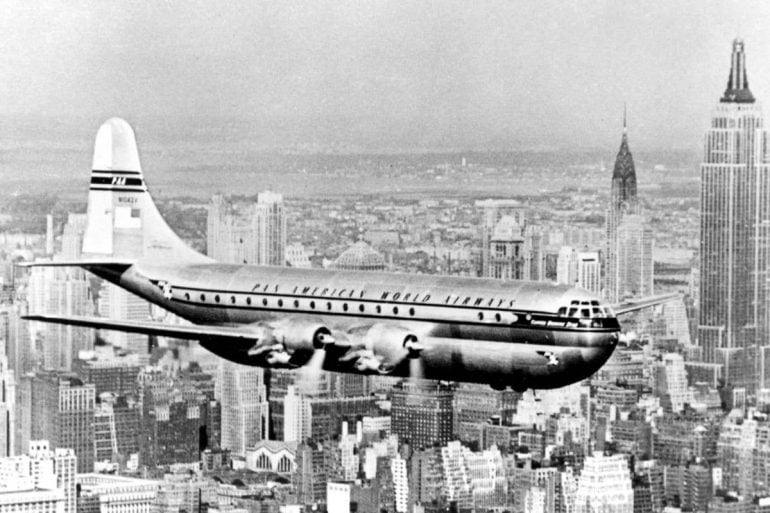 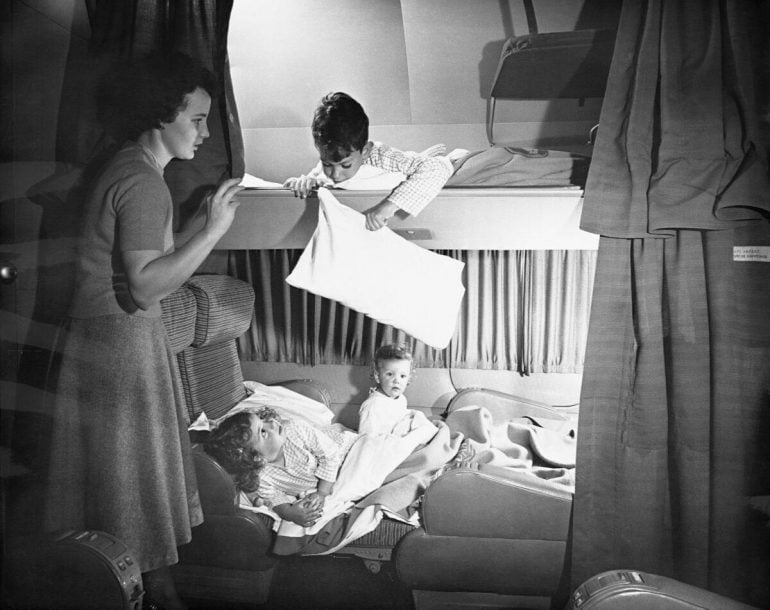 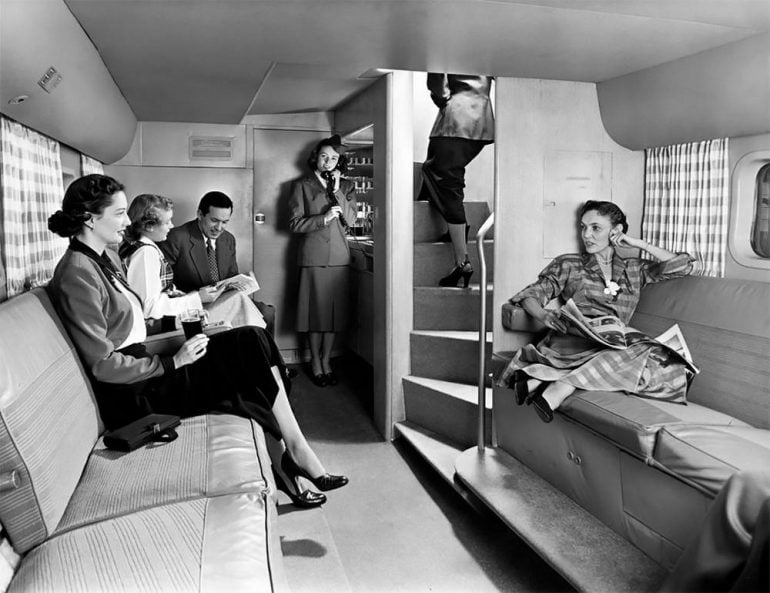 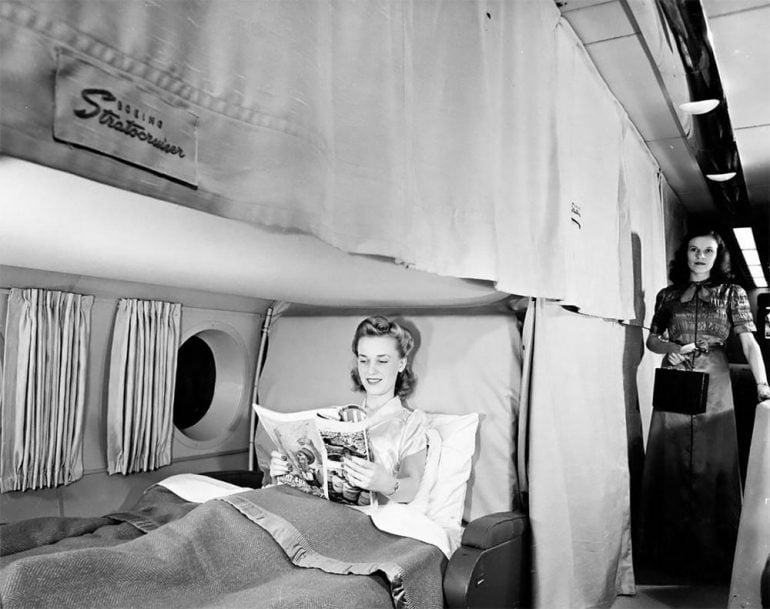 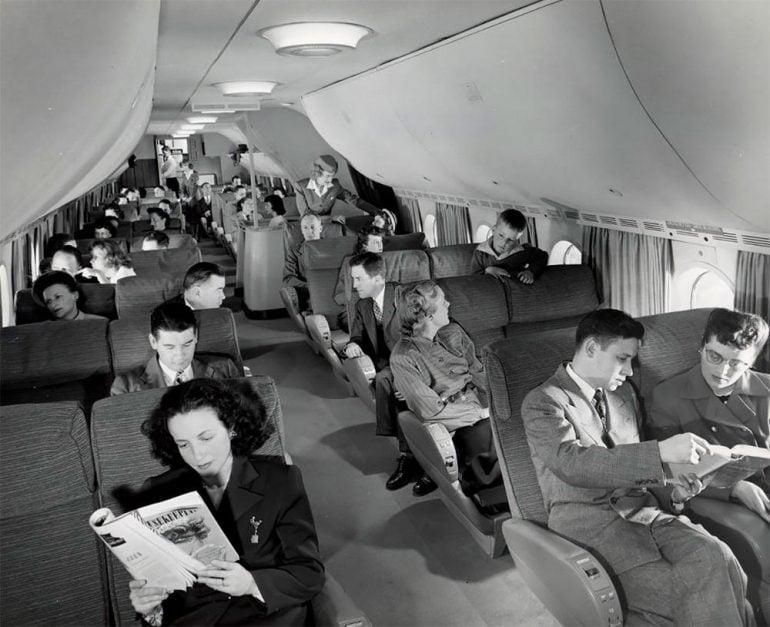 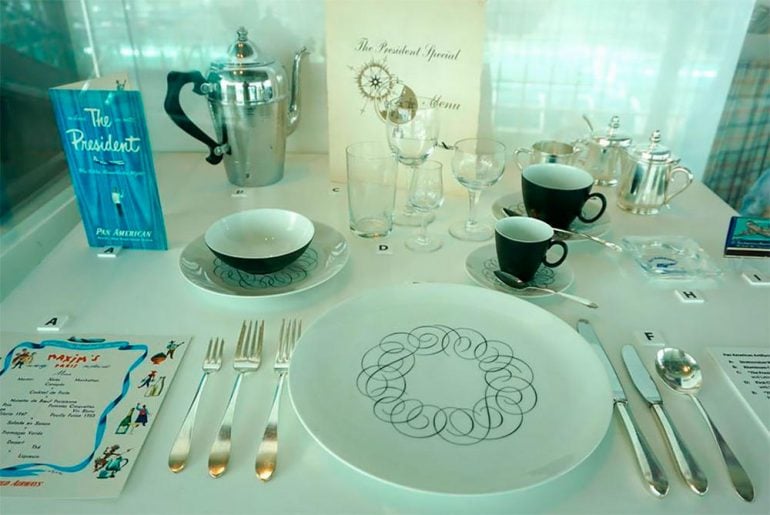 Tags from the story
Boeing, Pan-Am