While ‘electric’ is the potential future of scooters in the next few years, it would be nice to have is the chicest form of all. And that is exactly what Piaggio has in store for scooter enthusiasts across the world. Very recently the Italian marquee finally announced the Vespa Elettrica – an all-electric variant of the classic bike. 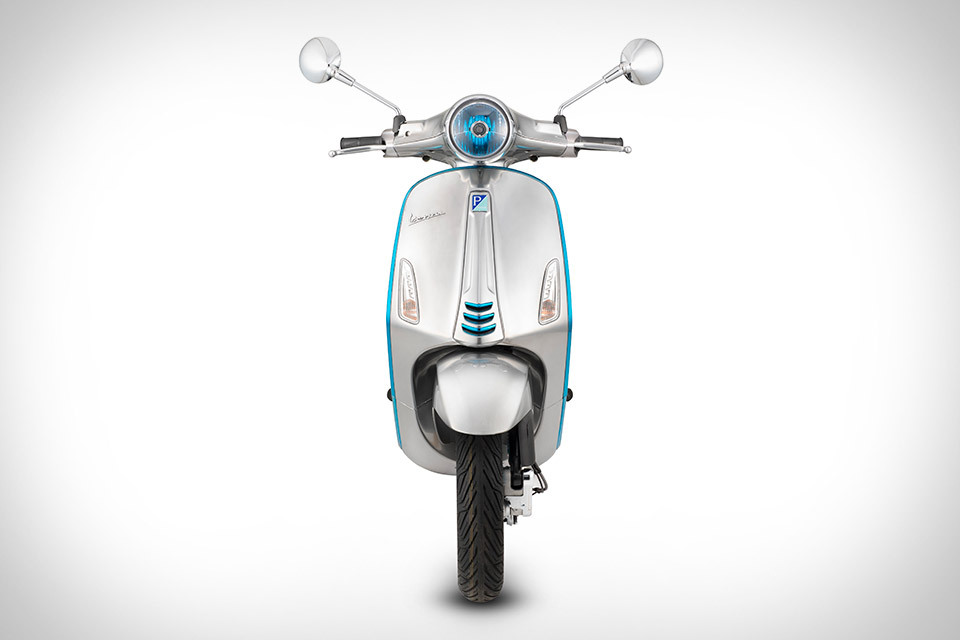 Although our beloved Vespa will don an environmentally friendly avatar, it promises to retain all its style and maneuverability. The Elettrica will also feature ‘innovative connectivity solutions’, though it is little known what they are for now. While the Gasoline-powered Vespa comes in an all-steel frame, the electric variant will showcase a stark, luster brushed metal body with electric blue accents combined with silver.

Off late, many bike manufacturers are seen to catch onto the electric trend. Earlier this year, Mahindra also introduced its electric scooter- the GenZe 2.0, which demonstrated a speed limit of 30 miles per hour, essentially meaning you can zoom on it without needing an official driving license! Though similar technicalities for the Elettrica remain un-disclosed, it is rumored to be priced higher than its counterparts- somewhere closer to $10,000. Piaggio is expected to unveil more details on the new bike at the EICMA. For now, many like me stand with are jaws dropped, waiting for the spectacular new Vespa Elettrica to arrive!

Tags from the story
Electric-Bike, Vespa