When you have an RV that’s named Project Rhino, you pretty much know that it’s a rugged, purpose-built machine that has been created for adrenaline-filled, adventure trips. However, what it doesn’t tell you is the level of luxurious amenities packed inside an RV that looks straight out of a Jurassic Park movie. Well, let me confirm that the Project Rhino designed by Krug Expedition features a cabin that feels more like a luxurious apartment with just about all the creature comforts you can ask for from an RV of its size. The off-road motorhome by the Austrian company is based on a Mercedes-Benz Atego 1023 A S-cab which has been fitted with a 4.3 by 2.2-meter box at the back. 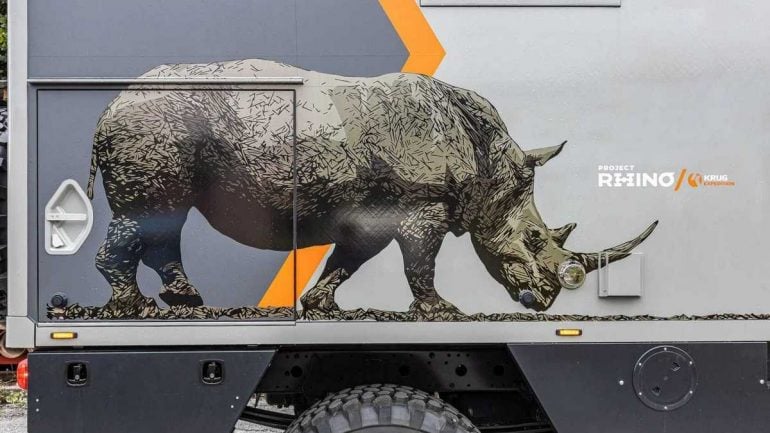 The front features a prominent roof rack above the cab that also provides protection to the windscreen, while the headlights get protective mesh covers to save them from bushes and rocks. The RV is wrapped in an inconspicuous shade of beige to help it easily blend in with nature. On the other hand, the living quarter is diametrically opposite in its look and feel with a beautifully appointed cabin. It’s big enough to feature a roomy rear-sleeping area with a fixed double bed, along with a wardrobe and a bathroom. It also has a sliding dining table that can be transformed into a single bed. Other amenities include a compact air-conditioner, an internet router, satellite television, and a washer and dryer. 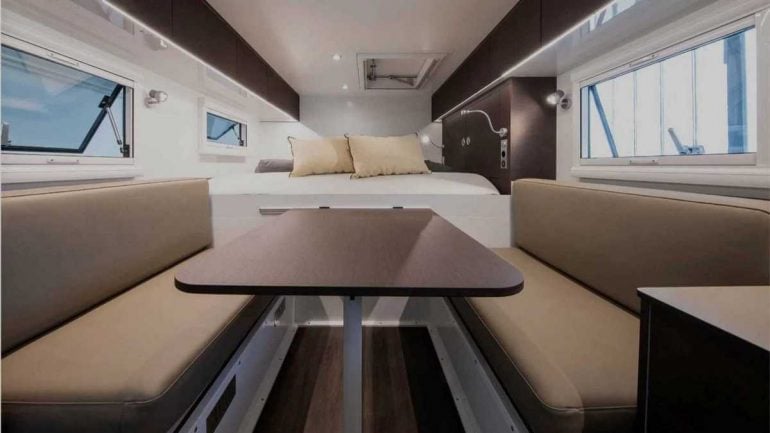 Designed for off-the-grid adventures, the Project Rhino is equipped with a power system that includes a 300-Ah 24-V lithium-ion battery pack. Additionally, it gets a 5,000-VA inverter/charger, a 915-watt solar panel system, and a 50-A DC-DC converter for charging from the engine alternator. Powering the RV is a 5.1-liter, four-cylinder turbodiesel that churns out 231 horsepower and 664 pound-feet of torque.

The Project Rhino has a starting price of 300,000 Euros (about $330,000) and the company has said that proceeds from every sale will go to Nkombe Rhino, a South African organization protecting rhinos and other endangered wildlife. 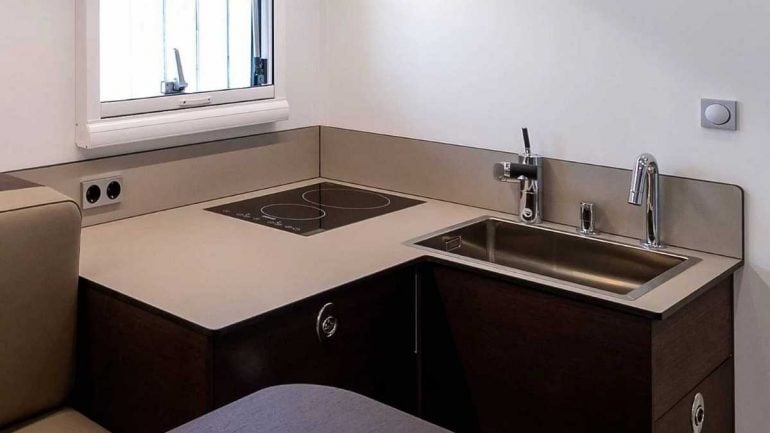 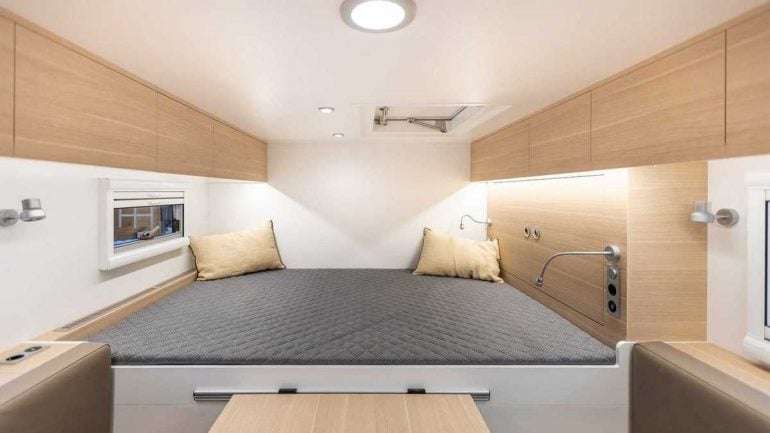 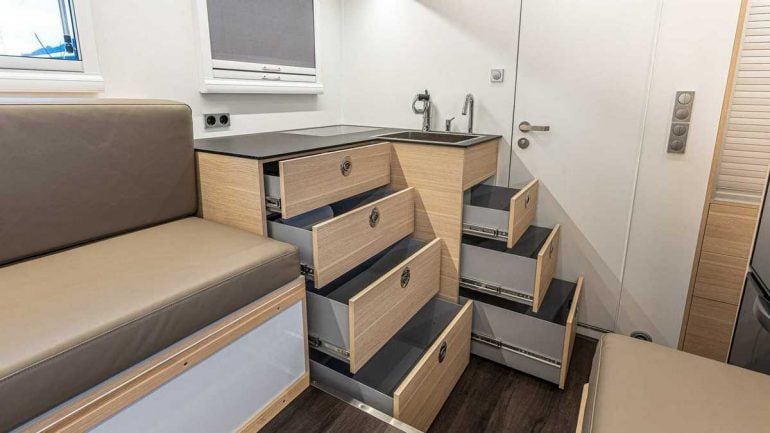 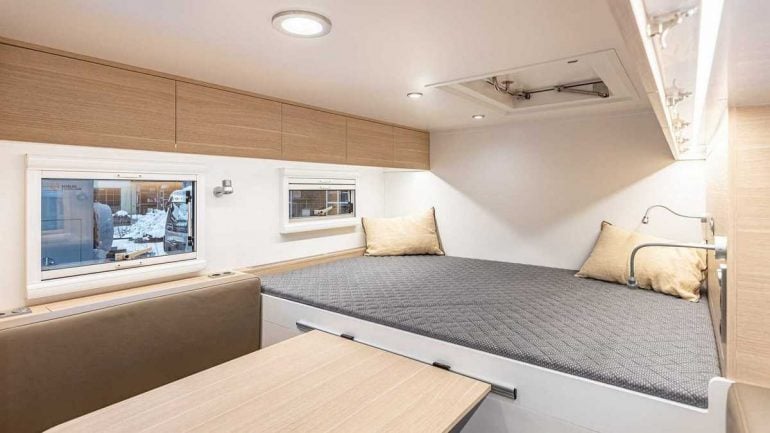 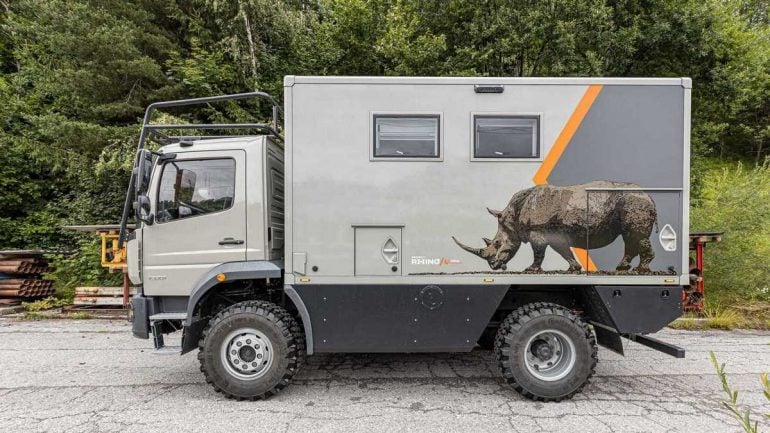 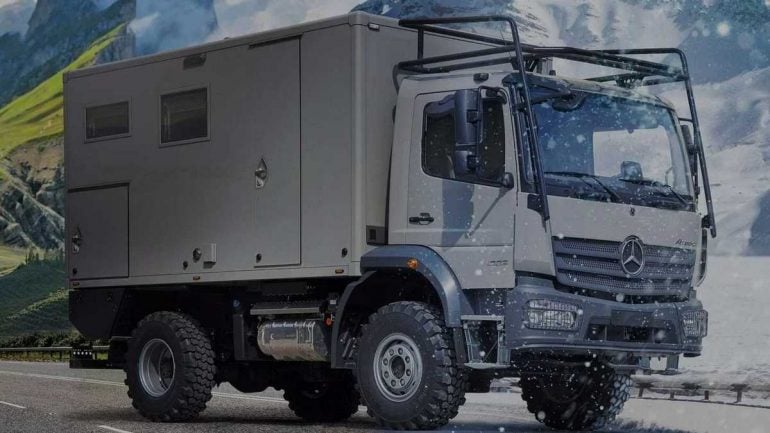 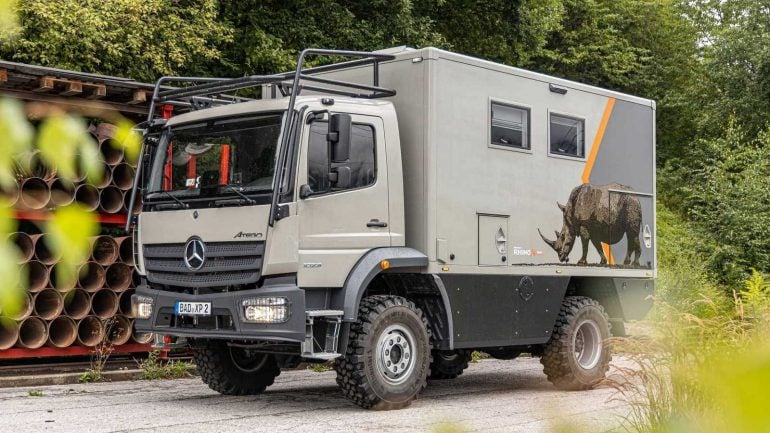 Tags from the story
Mercedes-Benz, Motor-Home