You may take Katara out of Qatar, but you can’t take the Qatari affluence out of the extravagant Katara! Believed to be the floating palace of Emir Tamim bin Hamad bin Khalifa Al Thani and his family, the $400 million megayacht is indeed one-of-a-kind. The name is derived from the pages of history, dating back to 150 AD when ‘Catara’ was the first name designated for the Qatar Peninsula. Catara was replaced with a ‘K’ in the 18th-century French maps, and that’s how the Emir’s beautiful boat got her name. Take a look at the voluminous and lavish 410-footer that grabbed headlines as the 23rd biggest yacht in the world at her launch in 2010. 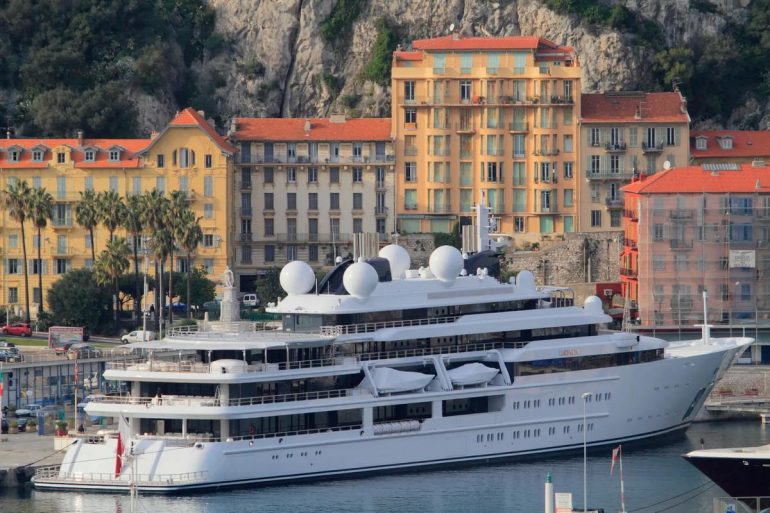 Katara superyacht, the floating palace of the high seas-
Ultra stylish, voluminous, decked up, and packed with luxuries, that’s Lurssen’s unrestrained Katara yacht built in 2010 for the Qatari royal family. Going by that description, the luxury vessel does sound like an aquatic Kardashian laced with luxuries and beauteousness. Everything associated with the House of Thani immediately brings to mind an image of luxury, and the Katara motoryacht is no different.


Of course, the 7,922-tonne superyacht offers insane room to create a floating city for its royal owners. Designed by Espen Øino with elegant interior styling by Alberto Pinto, the 410-footer brings more to the plate than just extraordinary volumes. The ship flaunts a helicopter deck, an array of satellite communication domes (her most recognizable feature), various tenders, and jet skis. More entertaining amenities include a beach club, swimming pool, a gym and spa, an on-deck hot tub, and the main saloon that towers over two decks (rumored to be the largest room on the vessel), per DailyMail. 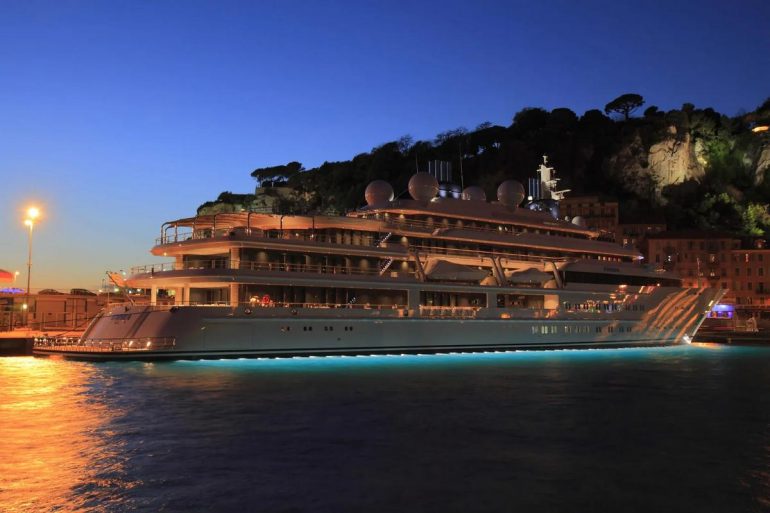 Interestingly, Katara includes nearly all amenities and features indoors, including several pools. Not one is found on the decks except for a small Jacuzzi on the upper deck. An enigma even for the yachting world, Katara’s interior and exact specifications are not well-known as the yacht is perpetually shrouded in secrecy. What happens in Katara certainly stays in Katara!


It is conceivable by her sheer largeness and GT that the massive boat comfortably accommodates up to 34 guests in fourteen cabins serviced by 95 crew members on board. Katara caters to the crème de la crème of the planet and is made to impress those that thrive in the very best.
She boasts a robust performance owing to twin diesel MTU (20V 1163 M94) 20-cylinder 9,925hp engines. Katara cruises with ultimate stability at 15 knots, reaching a maximum speed of 20 knots.

Meet the House of Thani that boasts affluence and influence in equal measure-
House of Thani, Qatar’s ruling royal family, is headed by Tamim bin Hamad Al Thani and is one of the wealthiest surviving dynasties in the world. Their lives are lined with luxuries unimaginable to the commoner. From mega mansions around the best cities of the world to the best supercars, there is nothing fantastic they don’t own. Tamim bin Hamad Al Thani holds the most powerful position in the country, along with immense wealth. The royal family owns a palace in the heart of Doha, a private jet which is not a Gulfstream or a Bombardier but a Boeing 747 Jumbo jet with 10 bedrooms and of course the floating palace ‘Katara’.. The House of Thani is believed to be worth $335 billion.