Remember the absolutely wild Lamborghini Veneno? The Aventador-based limited-production supercar had debuted at the 2013 Geneva Motor Show. Created to celebrate Lamborghini’s 50th anniversary, the Veneno had a starting price of $4 million, making it one of the most expensive production cars in the world. Many consider the Veneno as one of the most desired Lamborghinis ever built and a future classic, but its rarity makes it almost impossible for car collectors to get their hands on one of them. Only 4 coupes and 9 roadsters were made by Lamborghini and among them is the world’s only Veneno with an exposed carbon-fiber body. The one-off is up for grabs, giving car collectors a unique opportunity to bring home the unobtanium. 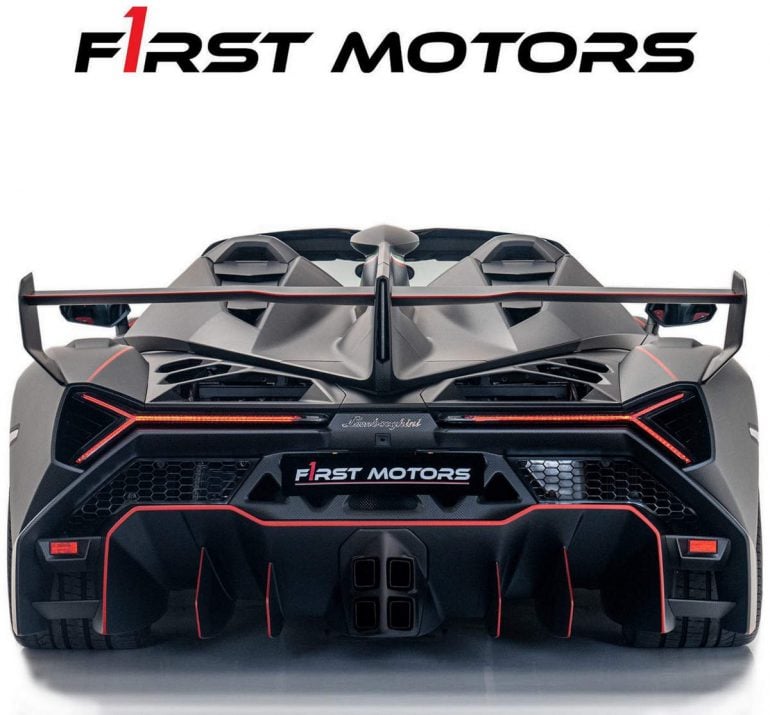 The bespoke Lamborghini Veneno is on sale at a Dubai-based luxury car dealership named First Motors. While the asking price has not been listed, we expect the highly-desirable Lamborghini to fetch more than $6 million. At least that’s what an ultra-rare exotic supercar like the one-off Lambo deserves. What’s interesting is that the same Veneno was listed for sale back in July 2019 with just 52 miles on the odometer, making it practically brand-new. There’s no information on how many miles the one-of-a-kind Lambo has clocked in the last three years. 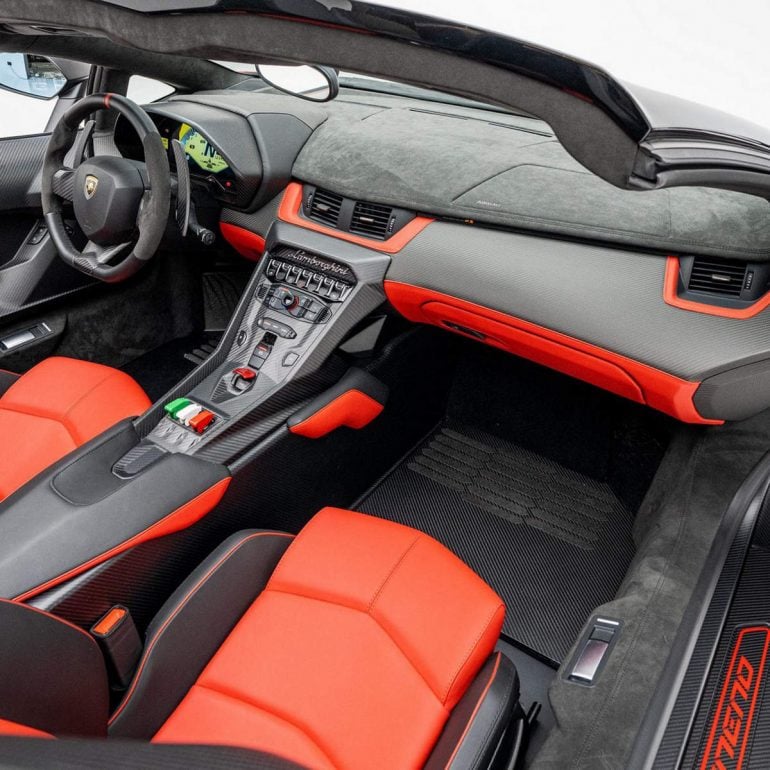 The exterior of this Lamborghini Veneno Roadster is made of exposed carbon fiber panels with a matte finish. To add contrast, the open-top supercar features red accents, including stripes highlighting the jagged contours of the bodywork. The contrasting color scheme is continued on the inside with upholstery done in red and black leather. The cabin also gets plenty of matte carbon fiber inserts, black Alcantara, and toggle switch covers painted in the colors of the Italian flag. The supercar is powered by Lamborghini’s 6.5-liter naturally-aspirated V12 that was tuned to produce 750 hp. 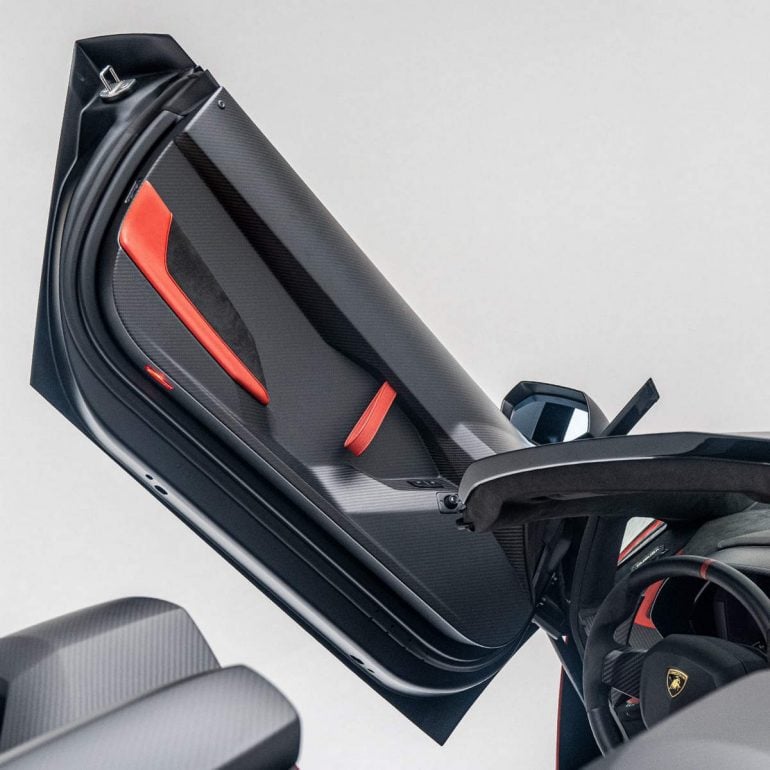 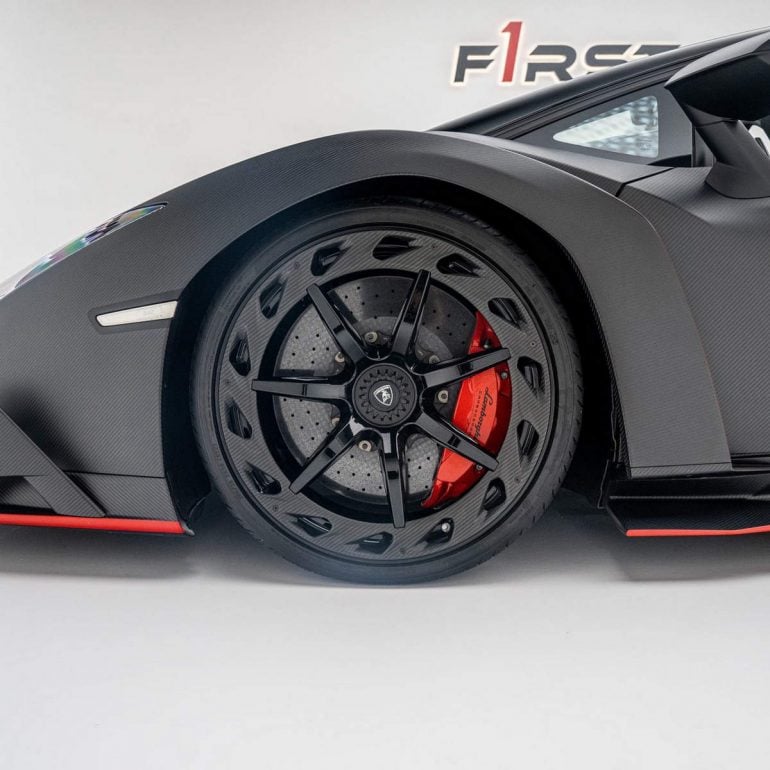 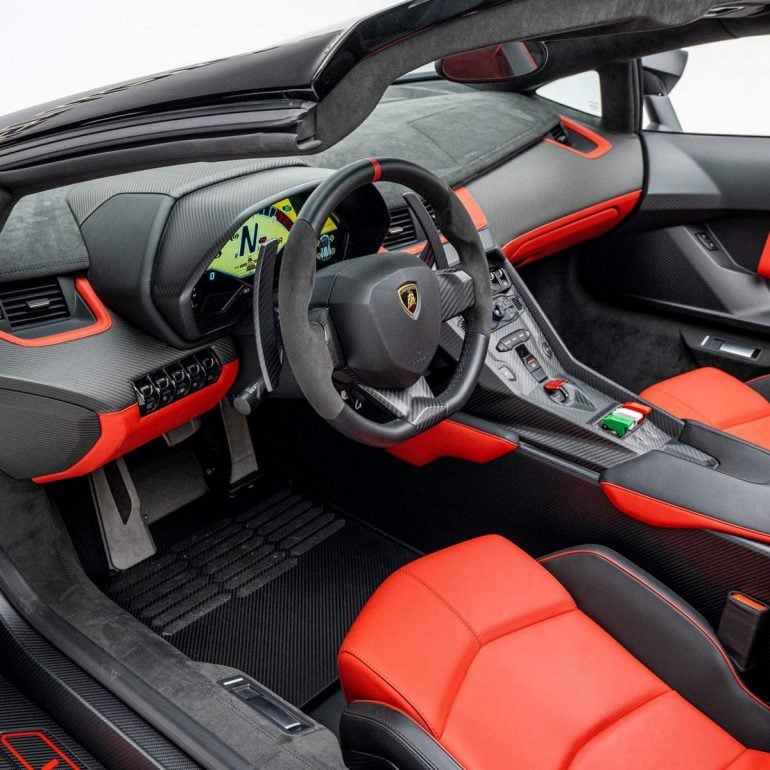 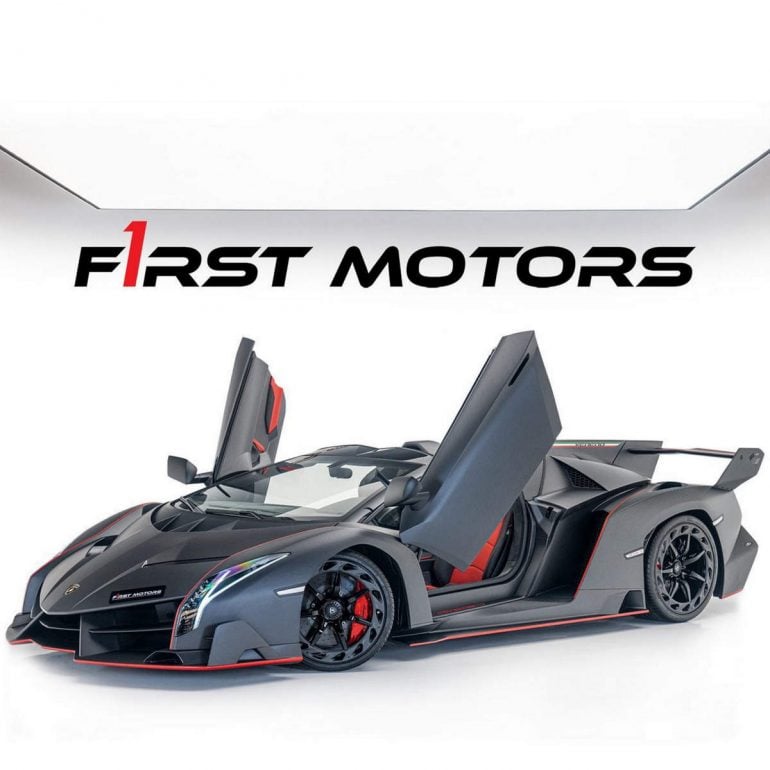 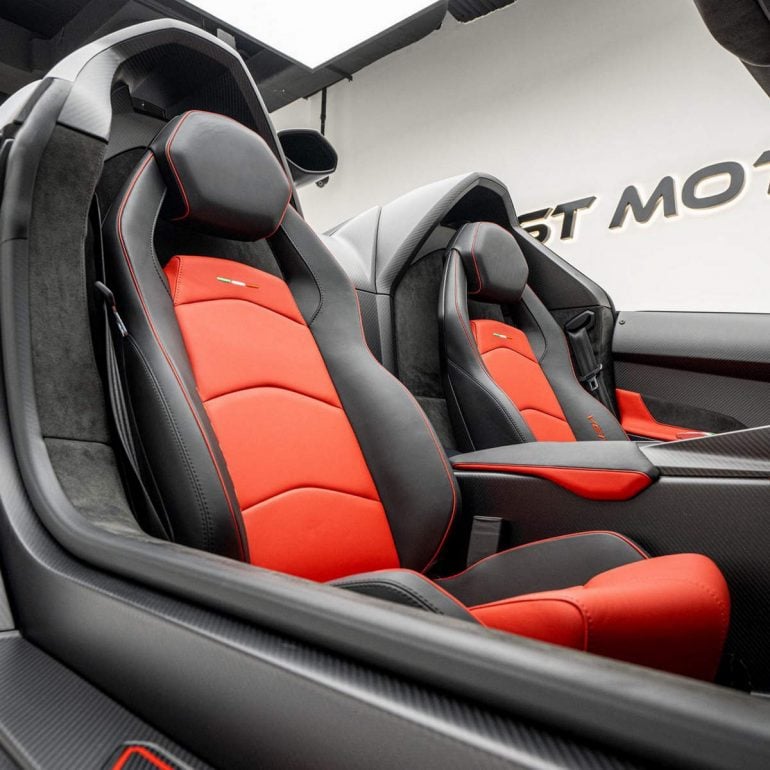 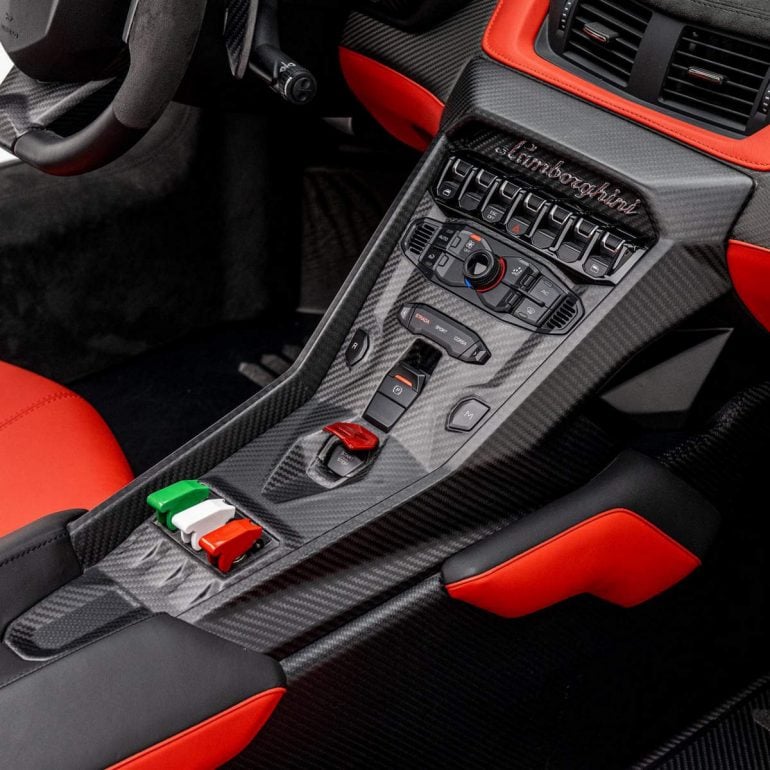 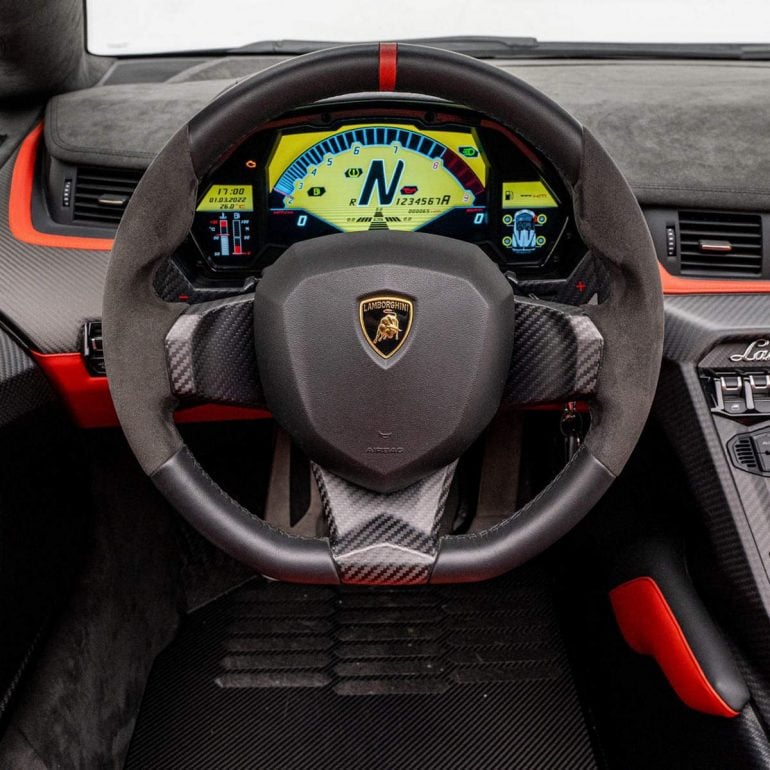 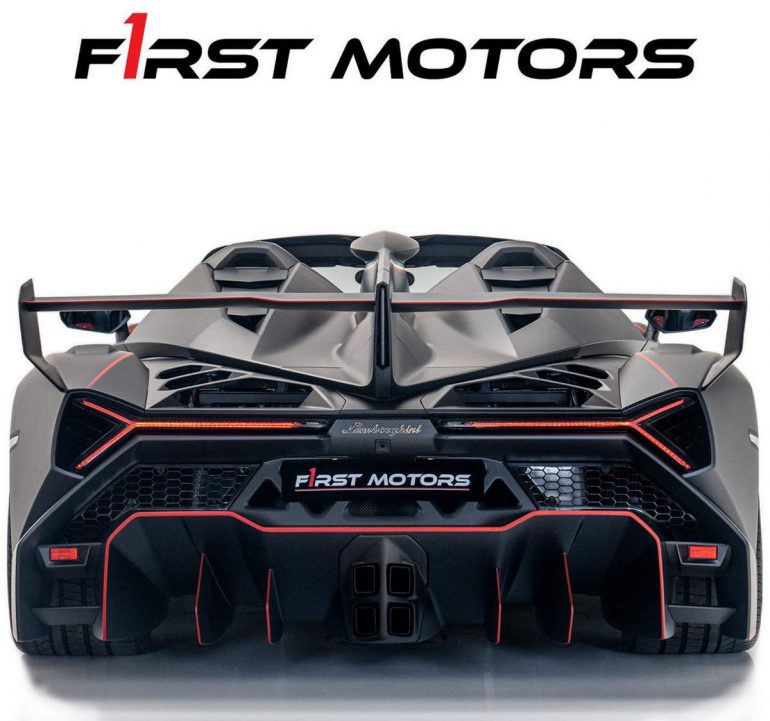 Tags from the story
Lamborghini-Veneno