If you like the slick and high-speed world of cars along with the beautiful complexity of art, then you’ll love Dutch artist Jacques Tange’s one-of-a-kind design for the Renault Twizy. The electrically powered –zero-emission- car, known in Europe as a quadricycle, has been given an artistic makeover with the addition of vivid colors and nature-inspired motifs like leaves, clouds, animals, and trees. The design is unique and universally appealing, and the car should be auctioned off to raise money for a Dutch foundation names Kika that battles childhood cancers. Last year, Italian artist Palolo Gonzato was also commissioned to lend his artistic touch to the Renault Twizy. 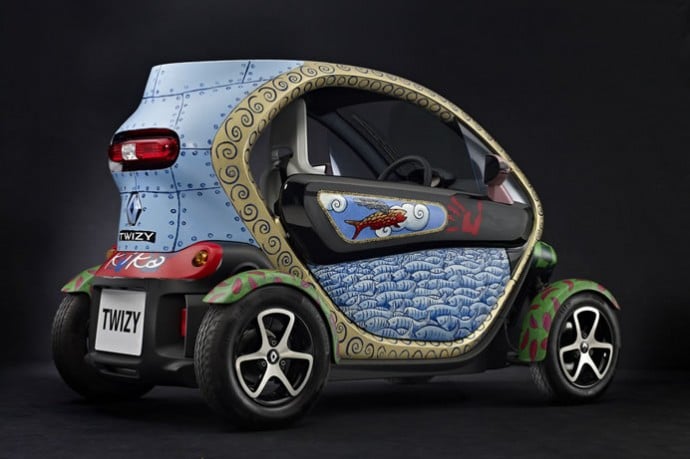 The imagination and creativity of Jacque Tange clearly shines through this masterpiece. Having been chosen to be the Netherlands’ Artist of the Year in 2005/06, Tange has also exhibited his works throughout Europe and is the perfect candidate for Renault to collaborate with. 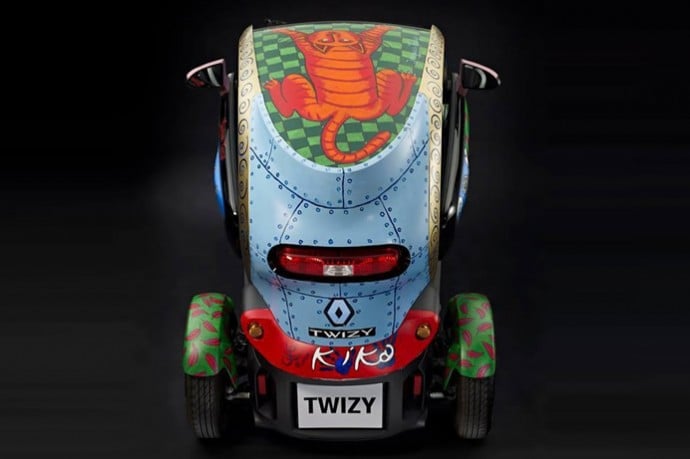 From December 12 to December 16, the car was presented at the Masters of Luxury exhibition 2013 in Amsterdam, and it will be auctioned off in 2014 on March 30th at the Kika event. 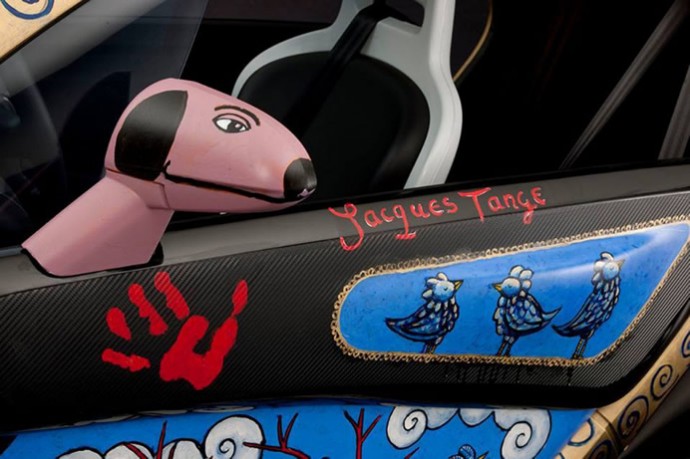 [Via – Autoevolution and Autoplus]