Herewith lies a tale of friendship, wagers, and superyachts. As it goes with his flamboyance, Russian oligarch, Roman Abramovich has been known to place a bet or two on his central strikers, who he frequently shuffles around at English Premiership soccer club, Chelsea FC. As the story goes, you will learn that he doesn’t deal too differently with his multi-million dollar possessions as well. And so goes the story of a 370-foot yacht called the Le Grand Bleu.

The slender mistress of the tides
Touted to be among the longest yachts in the world, the motor yacht was built by Bremer Vulkan in Germany and delivered in 2000. With a top speed of 17.0 knots and a cruising speed of 15 knots, the Deutz-MWM diesel engine propels her angelically across the waters as she inspires a glint in many envious eyes.
With 10 staterooms to accommodate 20 guests and 35 crew members, she’s a delight to watch, let alone experience. The Le Grand Bleu was recently fitted with a wastewater treatment system so that it could reuse wastewater instead of dumping it into the ocean. This helped alleviate one of the many problems that shipping poses to the state of the oceans. That’s good karma on her part.
The elegance of the yacht should be attributed to Italian architect, Stefano Pastrovich. Stefano is among the more reputable names in the industry for the elegance of his designs. The interiors of the yacht are not modest by any stretch of the imagination.
The water toys of the Le Grand Bleu include a 22-meter Dubois sailing yacht, a couple of Buzzi sports boats, a Sunseeker motor yacht, and a landing craft that ferries a 4×4 Land Rover. All of these can be found in the massive garage of the yacht. That’s not all. There’s so much room on this expansive mothership that it has a spare room for an aquarium within the garage too. The aquarium offers a window to the marine life encountered by the ecosystems that the yacht finds itself in.
Lady Liberty approves, New Yorkers don’t
Back in 2017, the Le Grand Bleu found herself anchored right in front of the Statue of Liberty for several months. It blocked the perfect view of the statue and tourists, as well as locals, had a thing or two to say about it. Imagine visiting New York just to get a glimpse of the Statue of Liberty and have a Russian billionaire’s mega-yacht parked right in front of it, simply because he can. ‘It’s the people’s statue versus a person’s private boat,’ Roland Lewis, president of the non-profit Waterfront Alliance was quoted saying. The boat’s owner, Russian-American oil tycoon Eugene Shvidler also owned a London townhouse and a home in Surrey at the time.

But then, didn’t I begin this story speaking about Roman Abramovich?


Roman’s wager
The board was originally owned by John McCaw Jr., an American businessman who once owned NBA team Vancouver Grizzlies and McCaw Cellular. He sold it to Roman Abramovich in 2002, who refitted her with the many water toys she sports today.
According to Wikipedia. on a fine day in 2006, Abramovich sat across the table with his friend from many decades, Eugene Shvidler, with whom he earned a combined fortune of over $9 billion, trading oil. Only this time they sat across a game of poker, in which Roman seemed to have poor luck and lost. His wager was the magnificent Le Grand Bleu, which he handed over to his close friend. Ever since, Eugene has had his own escapades, like parking it in front of the Statue of Liberty so as to avoid paying the astronomical daily price to rent out a spot large enough to anchor it at the marina. 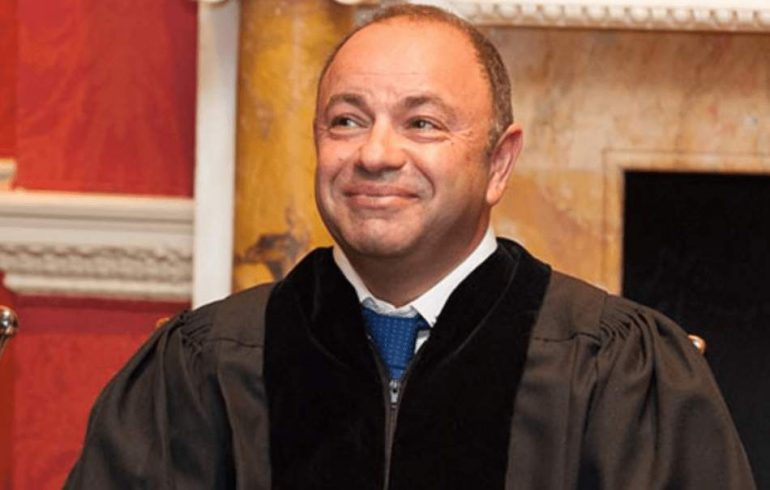 Who is Eugene Shvidler?
Eugene Shvidler is an American-Russian billionaire who made his fortune during the privatization of the Russian industry. His net worth, as of October 2021, was $1.9 billion. He is a US citizen and had worked with Deloitte & Touche in New York before moving to Russia. He partnered with Roman Abramovich with whom he gained control over oil giant, Sibneft, via an auction. The company was then acquired by Russian government entity Gazprom, making a fortune for both men. Presently, he serves as the chairman of Millhouse LLC, asset management and investment company.