German-based industrial designer Daniel Straub has designed and built a concept camper trailer that takes camping adventures to a whole new level. Named the Sealander, the trailer is a clever two-in-one module that combines features of an electric power boat and a camping trailer. What it means is now your camping adventure won´t end at the shore anymore and rather than parking it on the dry land, you can take your camper into the water and enjoy a tranquil time floating in the river or a pond. And mind you, the Sealander is not a design rendering of a concept but a fully functional prototype which has already been tested on the roads as well as water and is now reportedly being prepared for production.

The innovative and mobile amphibious accommodation offers a table and seating for six people on the inside that can be transformed into a large bed. The fully-equipped interior includes cooking/washing module, cooler, heater, toilet and sound system. Sealander’s shell is made of fiberglass reinforced plastic with a double bottom to prevent sinking in case of a leakage. Power is provided through a 5 hp electric motor which doubles as a source of energy for on-board devices. It measures 389 cm (12.8ft) in length, is 160 cm (5.25 ft) wide and 185 cm (6 ft) high and weighs 400 kg (881 lbs). 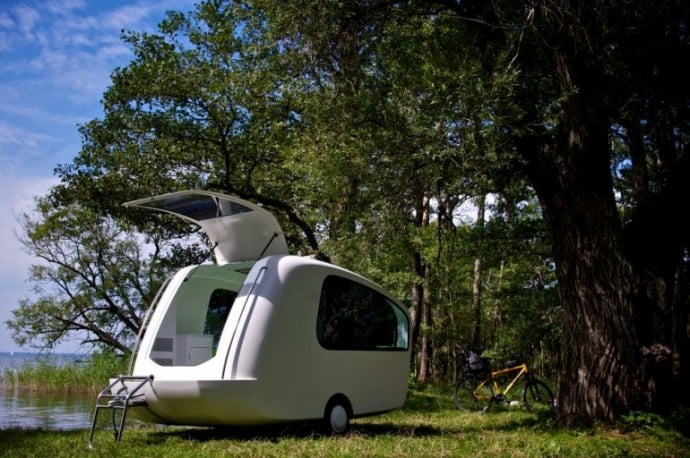 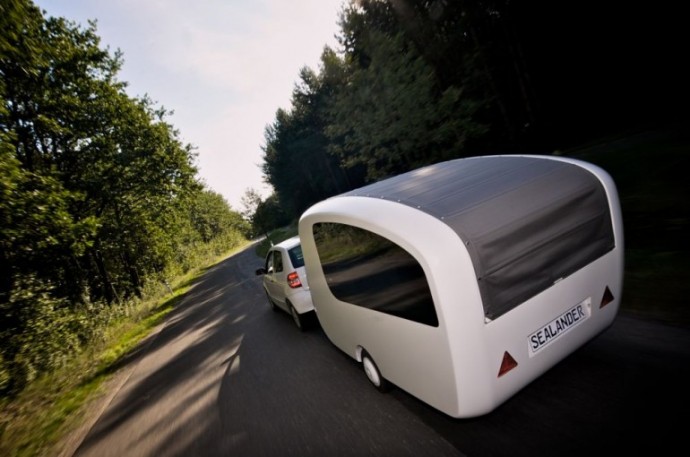 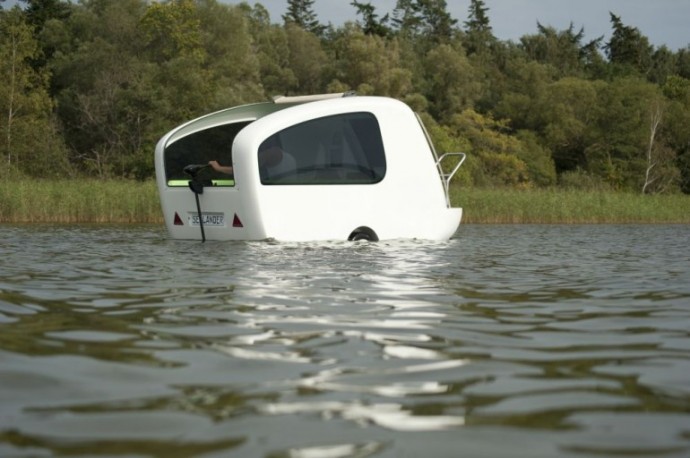 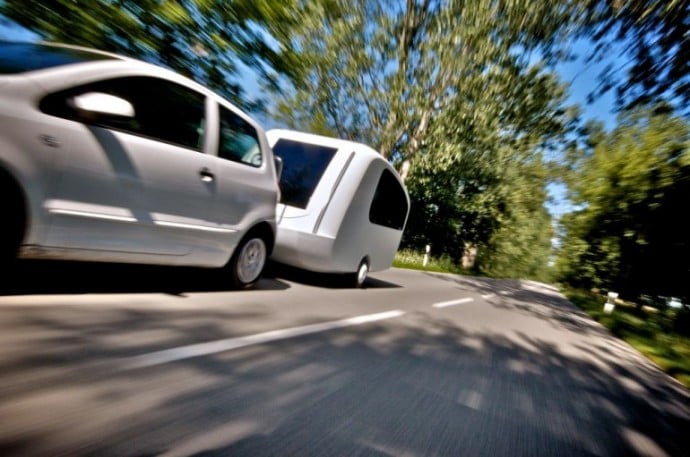 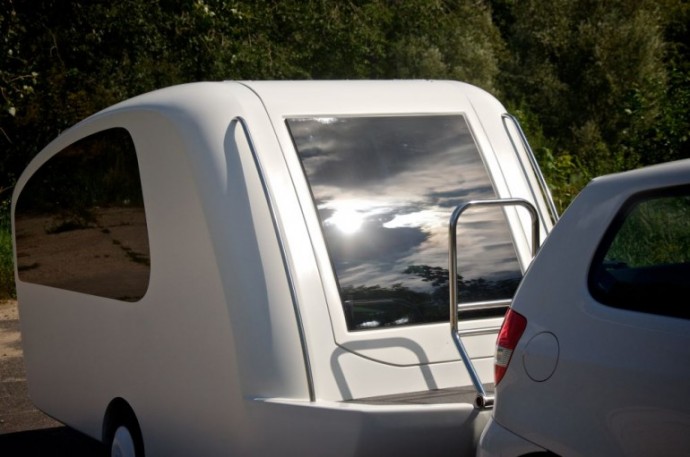 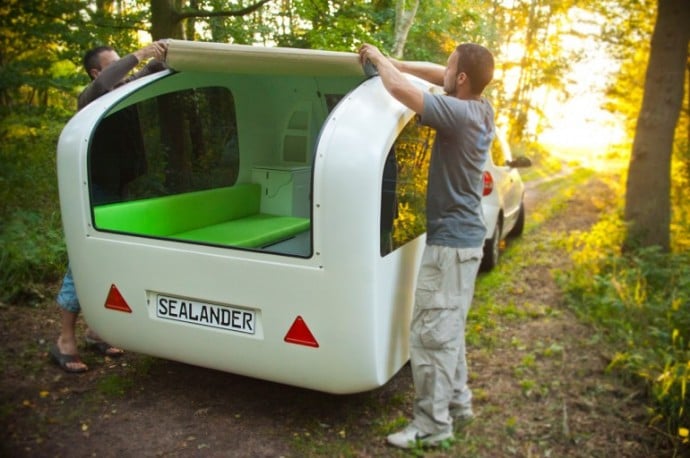 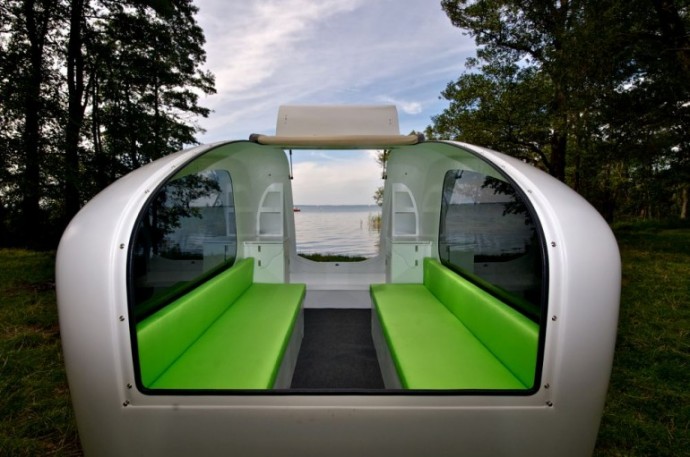