Ferraris are, of course, synonymous with the color red, mostly a fiery red that almost reminds you of the hottest part of a fire. However, this shiny red 458 Italia is a whole other kind of red; it’s a blingy red that reminisces of Christmas and Valentine’s Day. Judging from the plates on this car, it is a limited edition featured in the Ferrari showroom at the Wynn hotel in Macau. Receiving this shiny red 458 Italia would make even the most critical of Valentine’s Day fall in love with it. A carbon black hood adds a level of contrast to this sparkling red beast of a car. The mirrors, bumper, and alloys have all been covered in the same red. We have of course covered other Valentine’s Day options some romantic, some sexy and some just plain expensive. However the shiny red on this 458 Italia Ferrari is distracting me from all the other Valentine’s Day idea. 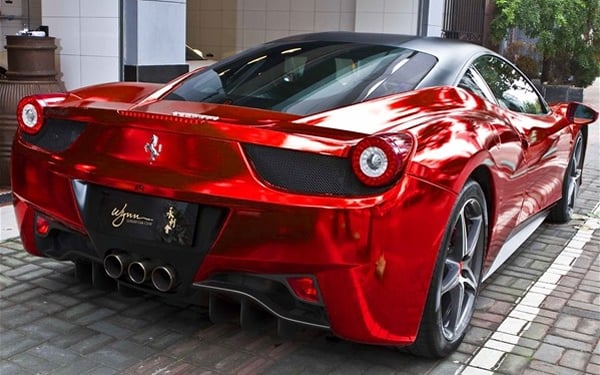 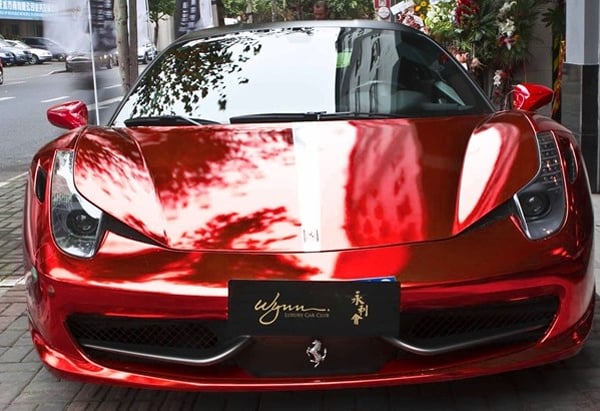 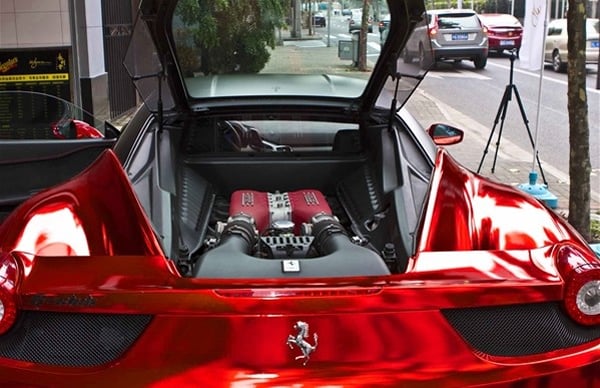 Tags from the story
Ferrari, Valentines-Day