Dwayne ‘The Rock’ Johnson is a rock-solid man (pun intended) who stands 6 feet 5 inches tall and doesn’t fit in most supercars owing to his towering physicality. Funnily though, a few years ago, he bought an incredibly rare matte white LaFerrari. Unfortunately, the car didn’t really work out for the rock since he couldn’t bring himself to fit in the Ferrari’s carbon-fiber tub. Five years down the line, the car may have changed, but his height obviously remains unchanged, causing a bit of a problem on the sets of the upcoming Netflix heist film Red Notice. The movie’s leading man Dwayne Johnson found himself unable to fit in the Porsche Taycan. Apparently, the super cool vehicle was shipped from overseas and took “months of prep and costs” to bring over, and after all that turmoil, Johnson didn’t fit in it! The superstar tried his best to make the car work for the chase sequence and diligently tried to squeeze into the shoot’s Porsche Taycan, only to fail miserably as the crew watched haplessly. Johnson also shared this experience with fans on social media, saying, “And guess who’s too big to fit in yet another sports car, and now we have to change the entire shot sequence around. For our @netflix globe-trotting heist movie, Red Notice, my writer/director @rawsonthurber (pictured here on the ground setting up the new camera angle) wrote this insane chase sequence where I hop in this iconic Porsche and be the badass behind the wheel that I am. Well, after months of prep and costs, buying and shipping this car over to the states, it’s time to rehearse the big chase sequence.” 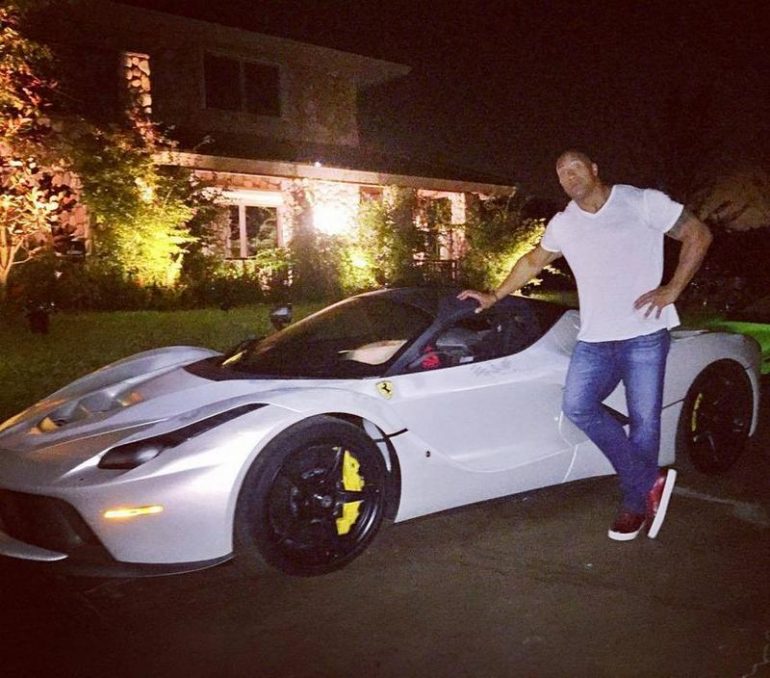 Johnson added, “Trying to shimmy into this Porsche like a big-ass brown marshmallow getting shoved into a coin slot.” Ultimately the crew got creative and got the desired shots they needed for the scene despite Johnson’s size disparity with the Taycan. Fans now have one more reason to look forward to the action-packed movie with a budget of nearly $188 million and starring superstars like Dwayne Johnson and Gal Gadot, with Ryan Reynolds.