Porsche has finally revealed the facelifted 2021 Panamera after a teaser campaign that included the accouchement of the updated second-generation Panamera dethroning the Mercedes-AMG GT 63 S to set a new lap record for an executive car at the legendary Nürburgring race track. The new Panamera arrives with subtle design tweaks, increased power figures, plenty of hardware updates, and few changes to the line-up. Starting with the changes made to the styling of the sporty executive sedan, the design in the most Porsche fashion has received barely noticeable evolutionary updates which give it a tad sharper and aggressive appearance than before. The front sports the SportDesign look that was previously offered as an option, while a fresh new SportDesign package has been added to the options list. Other changes include a modified taillight strip to mirror other recent Porsche models, new wheel designs, and two new exterior paint options. 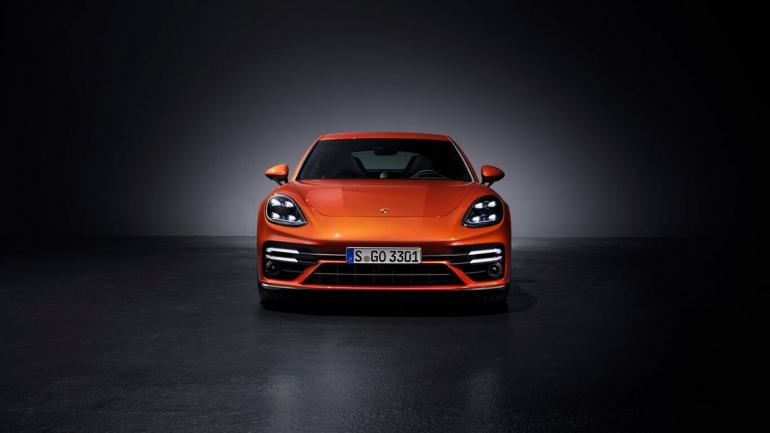 There are changes that can be found inside the cabin, as well. The most prominent update on the 2021 Porsche Panamera is the new equipment generation for the steering control with paddle shifters. The GT Sport Steering wheel is available as standard on the Turbo S and as an option on the rest of the variants. The Porsche Communication Management system has been updated with new digital functions and services, including an upgraded Voice Pilot online voice control, Risk Radar, Radio Plus, wireless Apple CarPlay. In terms of mechanical changes, Porsche has enhanced the chassis components along with recalibrating adaptive dampers for improved driving comfort. The sharpened steering and increased grip from the brand new tires for the Panamera make it sportier than the outgoing model. 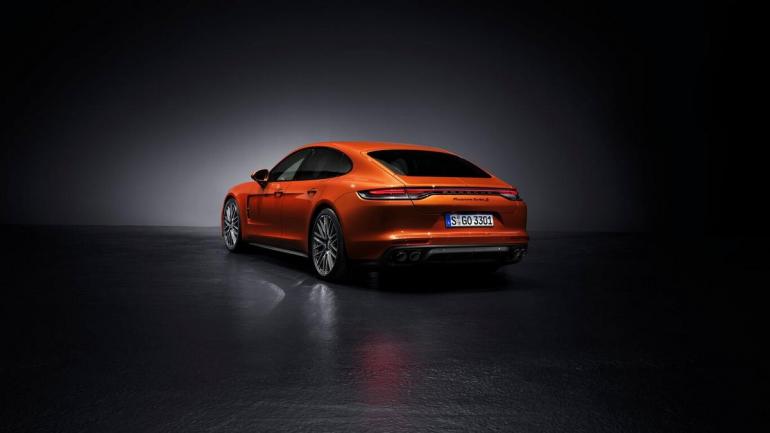 Porsche has made several changes in the line-up for the new Panamera. The Turbo S variant has made a comeback after it went missing with the launch of the 2nd-generation model in 2017. The new Turbo S also replaces the Turbo variant and the Turbo S E-Hybrid as the model powerful variant. Powering the Turbo S is Porsche’s twin-turbo 4.0-liter V8 that now churns out 620 horsepower and 604 pound-feet, 70 hp and 37 lb-ft more than before. This has helped it get half a second quicker than the old Panamera Turbo in the 0-60mph sprint with a time of 2.9 seconds; it tops out at 196 mph. The other noticeable change comes in the form of a new Panamera 4S E-Hybrid added to the range that combines a twin-turbo 2.9-liter V6 with an electric motor to achieve a combined output of 552 hp and 553 lb-ft. It can sprint to 60mph from a standstill in 3.5 seconds and hit a top speed of 185mph. The battery capacity for the PHEV has also increased from 14.1 kWh to 17.9 kWh and Porsche claims it has an all-electric range of up to 34 miles. Porsche has not revealed the pricing for North America, but the prices in Germany start from 95,289 euros (about $112,000) for the Panamera 4 and go all the way up to 179,737 euros (approx. $212,000) for the Panamera Turbo S. The prices don’t include taxes and optional equipment. 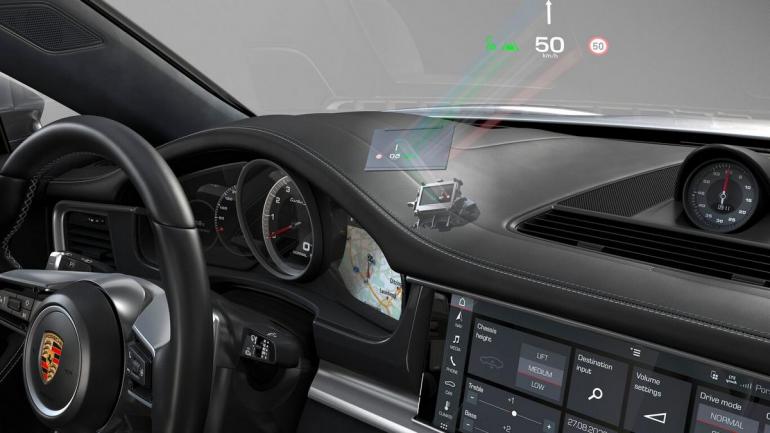 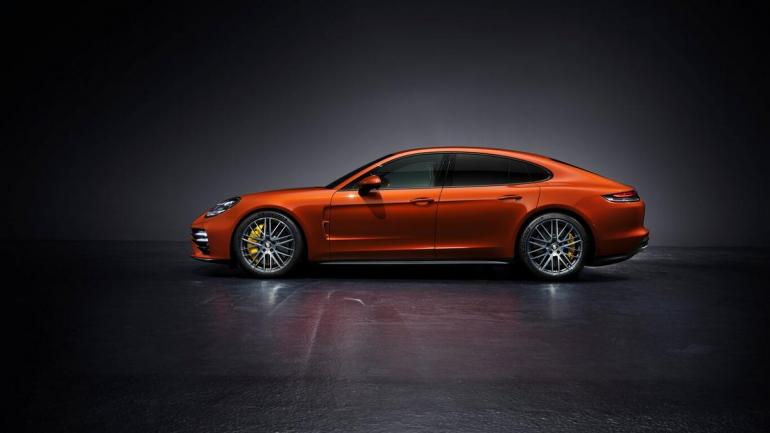 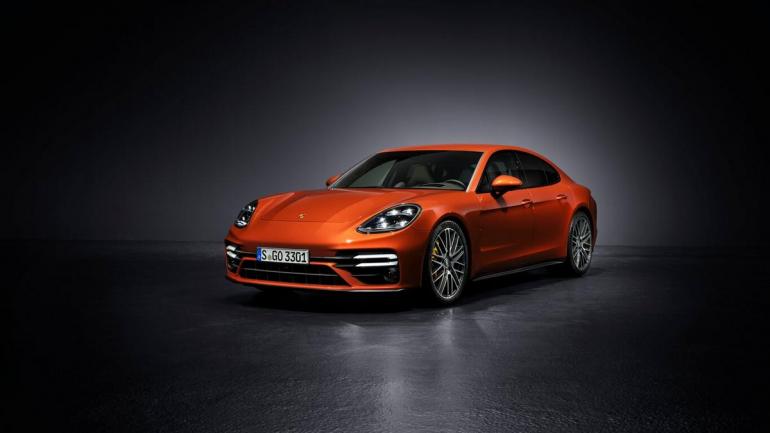 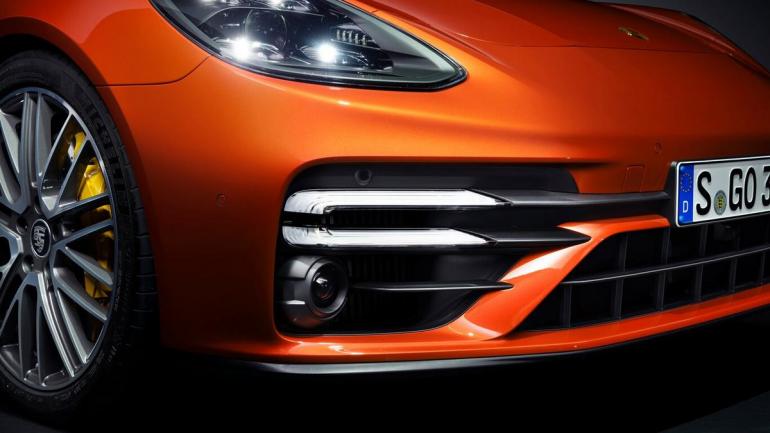 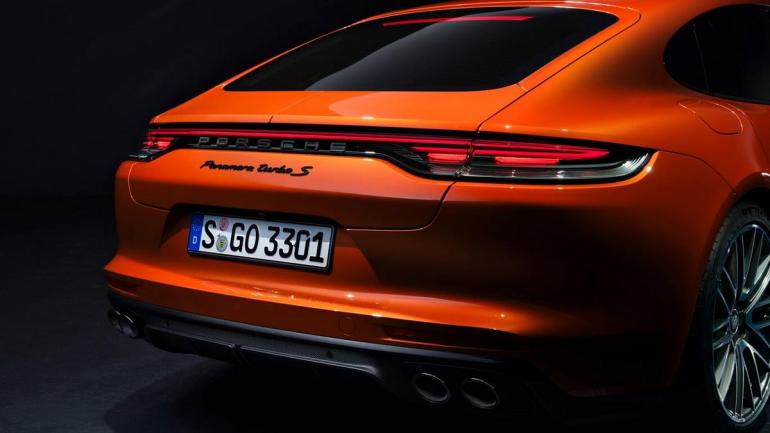 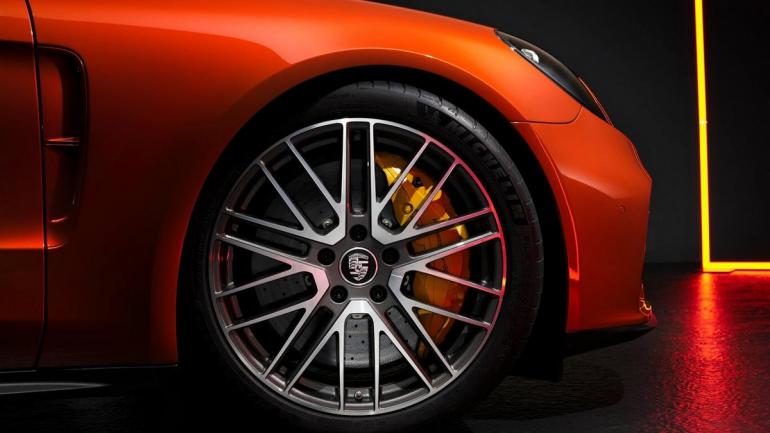 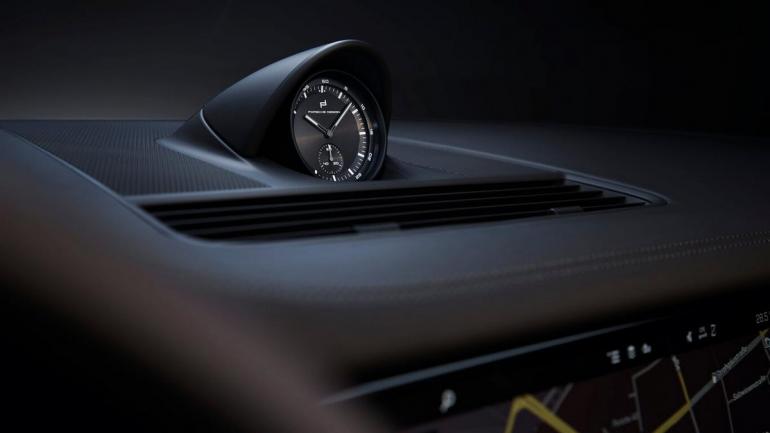 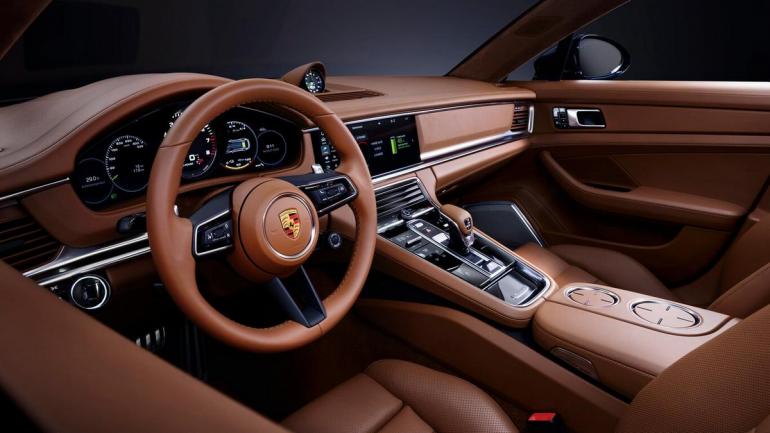 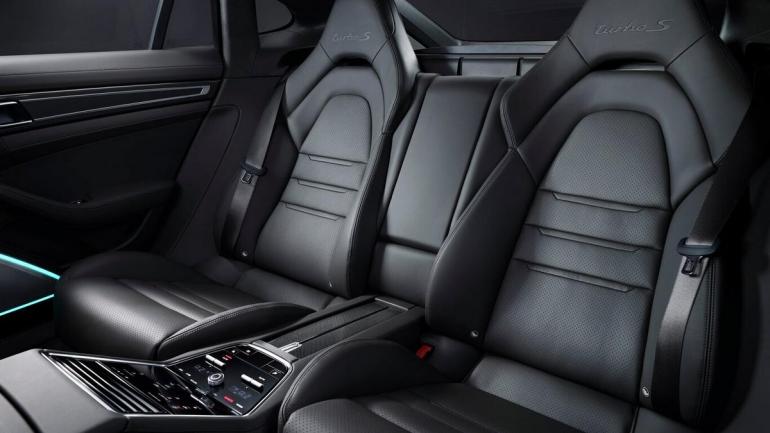