Porsche has finally pulled the wraps off the Taycan Cross Turismo – a long-roof version of the sporty Taycan electric sedan. The lifted electric wagon is the production version of the Mission E Cross Turismo concept that debuted three years ago at the 2018 Geneva Motor Show and it arrives with more generous cabin and luggage space as compared to the standard Taycan along with off-road capability. Visually, the production model closely resembles the concept it’s based on. The silhouette of the all-rounder electric sports car is very similar to the current-generation Panamera. However, it shares a lot of distinct styling elements with the Taycan, including the front-end design. What sets it apart from the sedan variant is the long roof that slopes downwards towards the rear. In addition to that, the Cross Turismo gets off-road design elements including plastic wheel arch trims, unique lower aprons at the front and rear as well as the side sills. These provide protection from stone impacts. 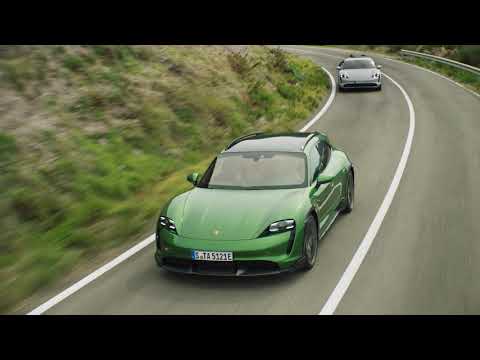 Inside the cabin, the Cross Turismo is near identical to the Taycan sports sedan, which includes the dashboard design, the curved instrument cluster, the central 10.9-inch infotainment display, and even an optional front passenger display. The Off-Road Design package adds a compass on top of the dashboard. What’s different is the roomier cabin, which opens up more space for the rear passengers, who’ll have more headroom. The Cross Turismo also offers a maximum luggage capacity of more than 1,200 liters behind the large tailgate, which means the electric sports wagon can very easily serve as the only car in your garage. Porsche has also introduced two e-bikes to go along with the Taycan Cross Turismo, specially created for eco-conscious adventure-seekers. Additionally, Porsche has also developed a rear carrier for up to three bicycles for the Taycan Cross Turismo. 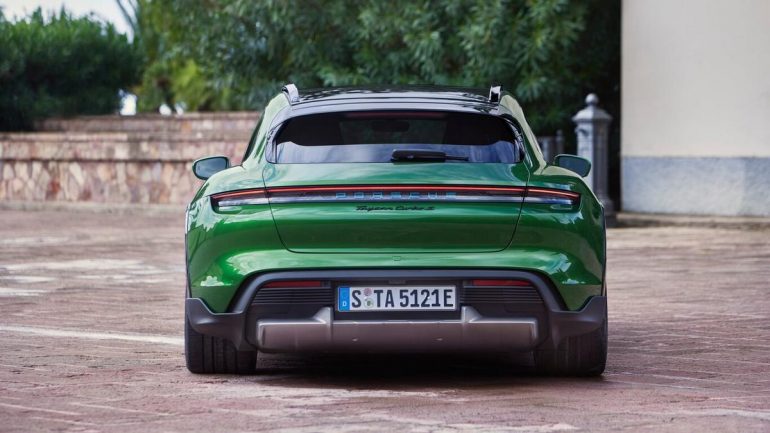 The Cross Turismo is underpinned by the same electric powertrain and battery pack found on the Taycan sports sedan. It has been launched in four trim levels, with the Turbo S at the top of the range. All-wheel drive and height-adjustable air suspension are offered as standard equipment for the entire line-up. All the Cross Turismo models also have two electric motors, one fitted on the front axle and a second on the rear axle, and is powered by a battery pack with a total capacity of 93.4 kWh. The range-topping Turbo S gets 616 horsepower on tap, which increases to 750hp with the overboost feature. The top speed is limited to 155mph, while the 0-60mph sprint takes 2.7 seconds. Porsche says, the Taycan Cross Turismo Turbo S has a range of 388 – 419 km (241 – 260 miles) on the WLTP cycle, which is not very impressive. The Taycan Cross Turismo will be launched in the summer and the prices start at 93,635 euros (roughly $113,000) in Germany. The US pricing and availability are yet to be revealed. 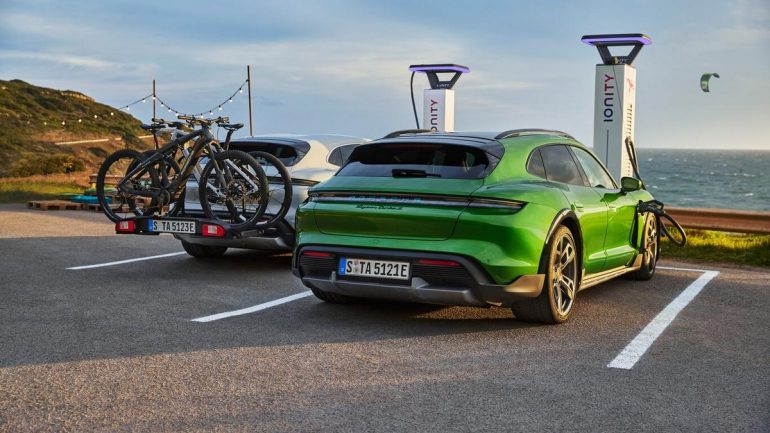 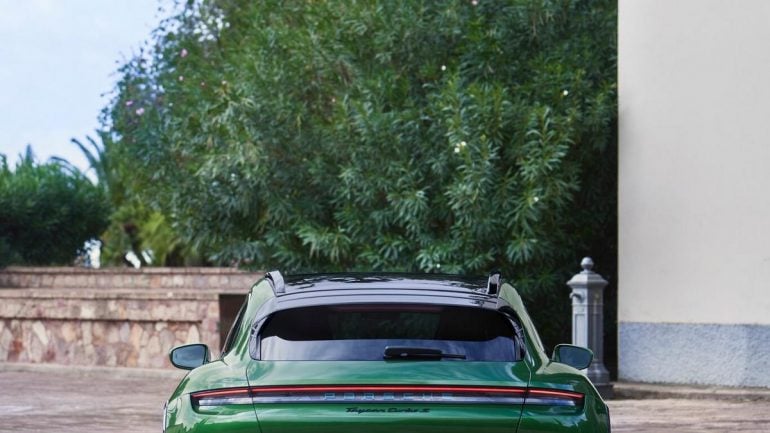 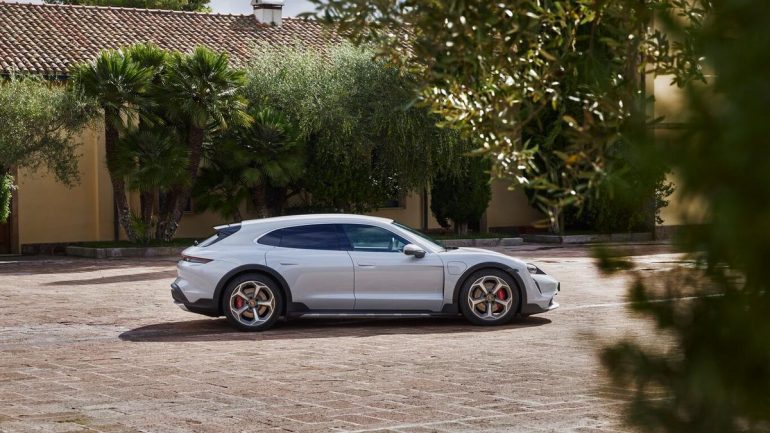 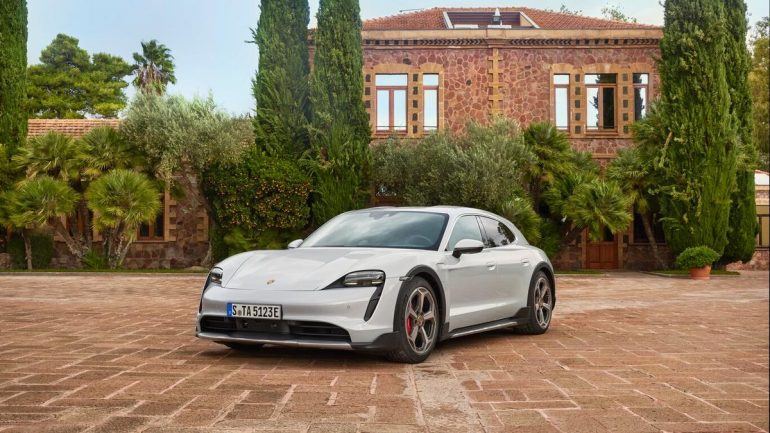 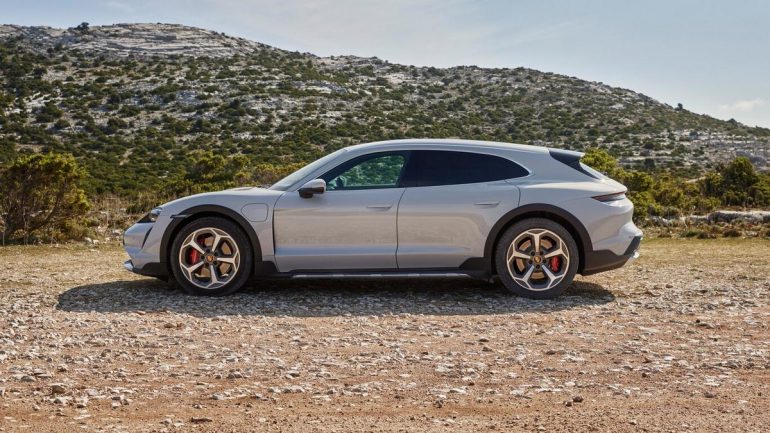 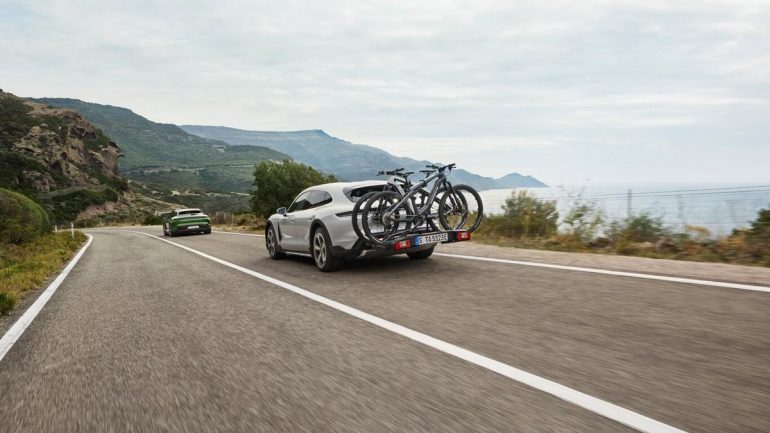 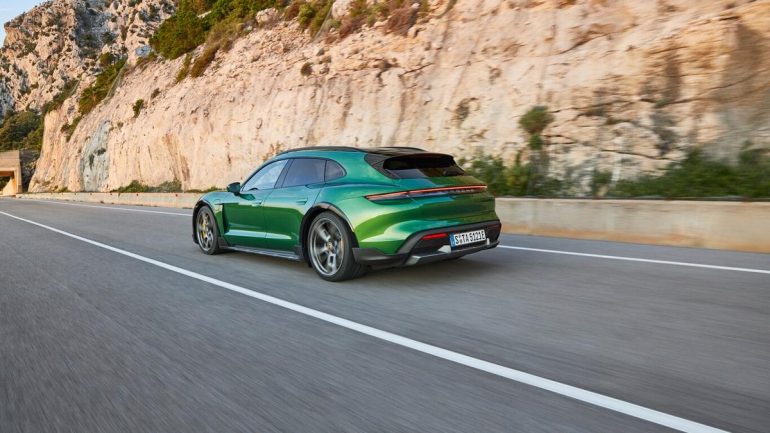 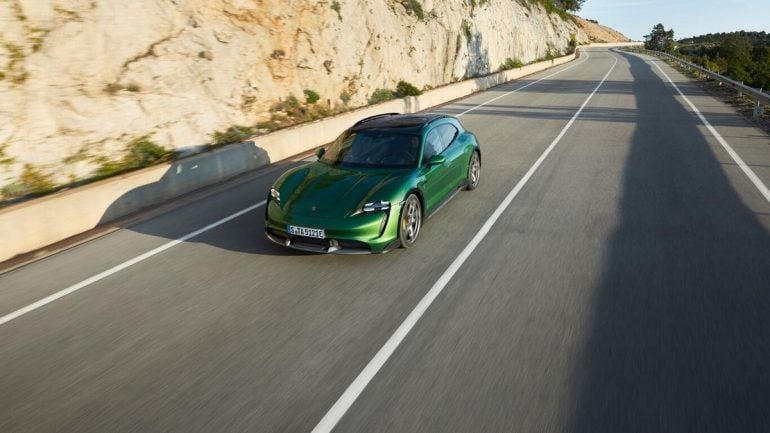 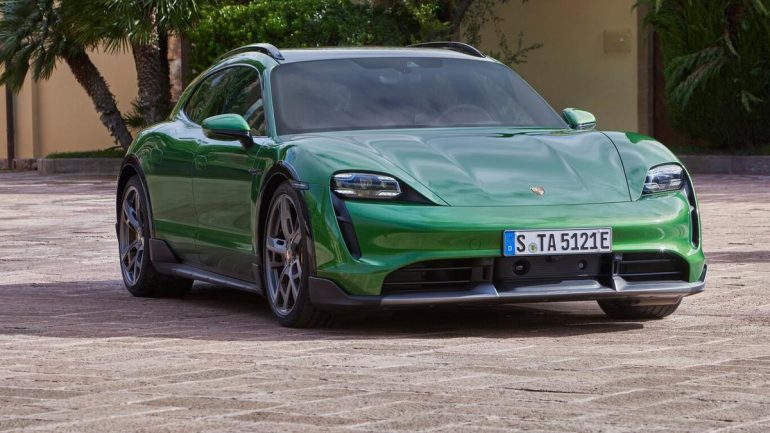