Any kind of after-market modification done to a Ferrari is off-putting. The exotics that are hand-crafted at the Italian marque’s factory are just perfect the way they are built and running it borders on blasphemy. So you can imagine the kind of reactions a Ferrari limousine with a stretched body will get, especially from diehard automobile enthusiasts and Ferrari purists! And there’s one such cringe-worthy creation that only exists but is up for sale. A stretch limo created from a 2003 Ferrari 360 Modena is listed for sale on CarSales and located in Australia. The rare exotic Ferrari existed as a normal, two-door supercar in the UK for the first nine years of its life, after which it was brought to Australia. A man named Scott Marshall decided to give the Ferrari a complete transformation and “cut the bastard in half” using an air hacksaw. 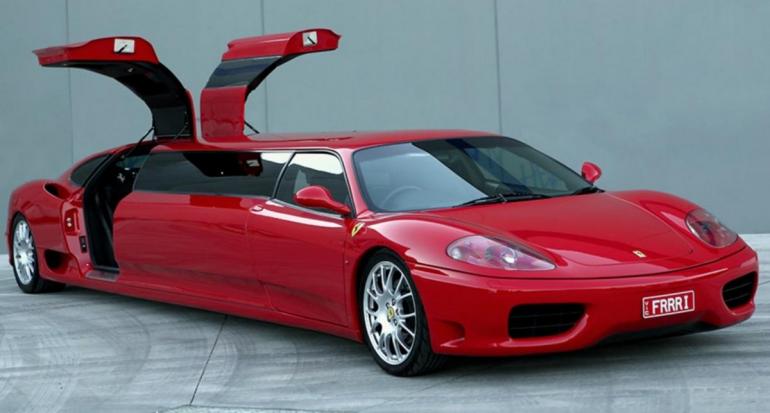 According to Scott, aluminum extension rails were added to the chassis and the rest of the body was made out of lightweight fiberglass. Despite that, the conversion added over 2,400 pounds to the supercar. The Ferrari limo was equipped with air-ride suspension to make the ride supple and comfortable. The rear section features gull-wing doors like Tesla Model X. The Ferrari can accommodate eight people inside, including the driver, and the cabin is fitted with genuine leather seats, two TVs and a minibar with LED accents. The stretch limo is powered by the same the 3.6-liter V8 found in the standard 360 Modena that churns out 400 horsepower. If for some reason you one this Ferrari limo to be a part of your garage, the asking price is around $285,000 USD and the seller is willing to ship the car overseas. But let me remind you that it’s not the only Ferrari in the world to get the limo treatment. In fact, there are several Ferrari limos and interestingly almost all of them were created from 360 Modenas. One was even on sale in the US in 2018 with a reserve price of $95,000; however, it failed to find a buyer. 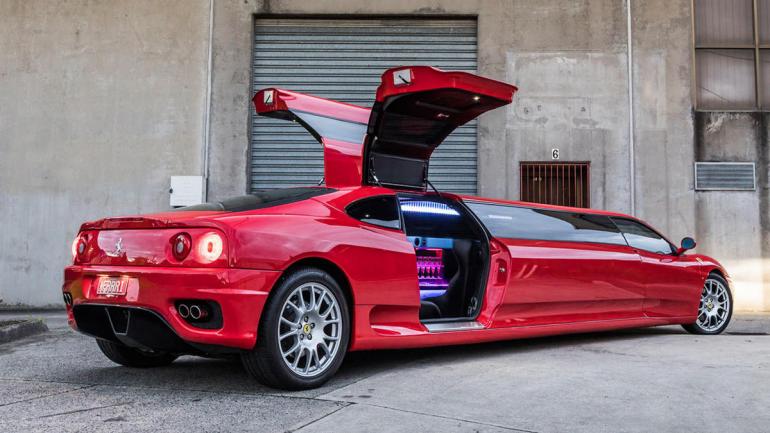 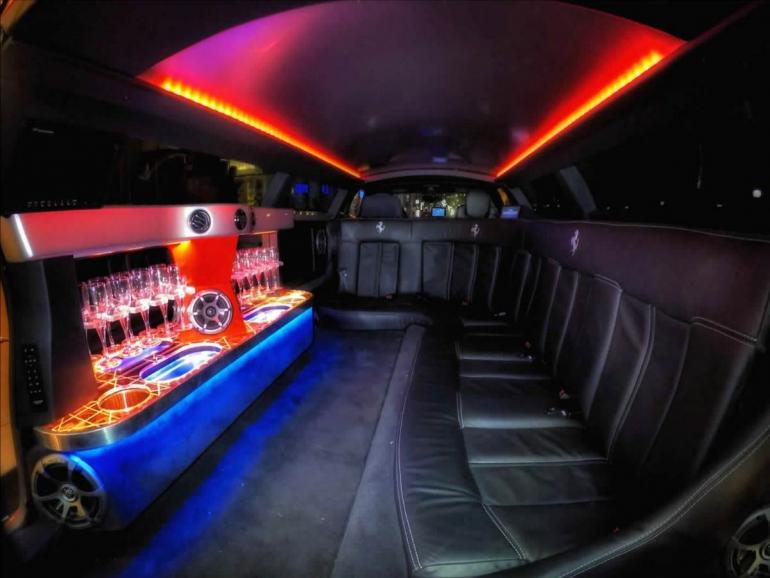 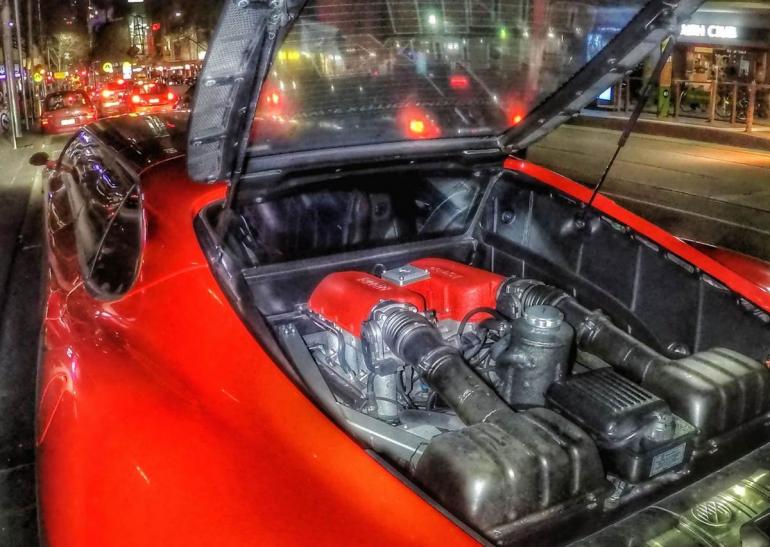 Tags from the story
Ferrari, Limo