A little more than 50 years ago began one of the most interesting time periods in automotive design, often referred to as the Wedge Era. Pioneered by legendary Italian car designers like Marcello Gandini and Giorgetto Giugiaro, the era was known for its low-profile, wedge-shaped cars that still look futuristic despite being almost half a century old. Dominated by the Italians, an unlikely hero emerged from the United States in the form of the iconic DeLorean DMC-12. A wedge-shaped car with a stainless steel body and gullwing doors, the wild sports car was immortalized after starring in the Back to the Future series during the late ‘80s, which turned it into a pop culture icon. Come January 2021, the DeLorean will turn 40 years old, and a Spanish designer named Ángel Guerra has come up with a design study that explores a modern, updated version of the legendary sports car. 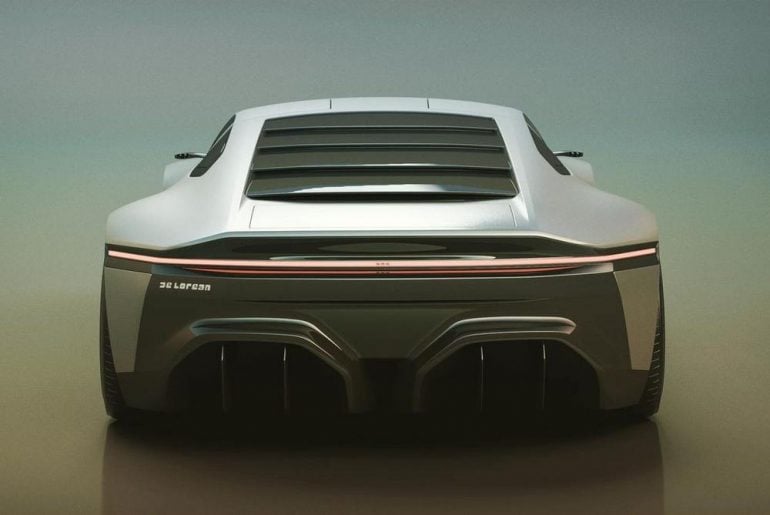 The DeLorean served as an inspiration for many to fall in love with automotive design, and the 38-year-old Spaniard is one of them. “Ever since that car rolled down the ramp of the truck in Back to the Future, I knew that I would be a car designer,” Guerra told Retrogeist. The designer, who has previously worked for automakers such as Rimac Automobili, worked on the project during his spare time and completed it in just two weeks. “I have professionally redesigned the DeLorean adapting it to the automotive world four decades later. This is a thank you to an icon and a movie that marked my childhood. This is also a new DeLorean for my son’s generation,” said the designer. Guerra has preserved the original’s stainless steel body and its trademark gullwing doors. The wedge-shaped design has been modified into something similar to modern sports cars by replacing the sharp, angular lines with rounded ones. The characteristic headlights of the DeLorean are also swapped for a single, continuous LED bar. Guerra concludes by saying: “Of course, this project is personal and is not commercially related to either the DeLorean motor company brand or the back to the future movie. This is just a tribute to design.” 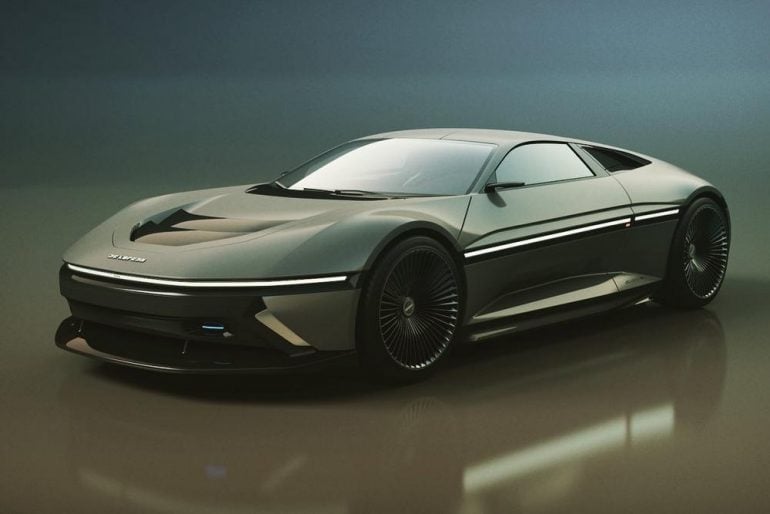 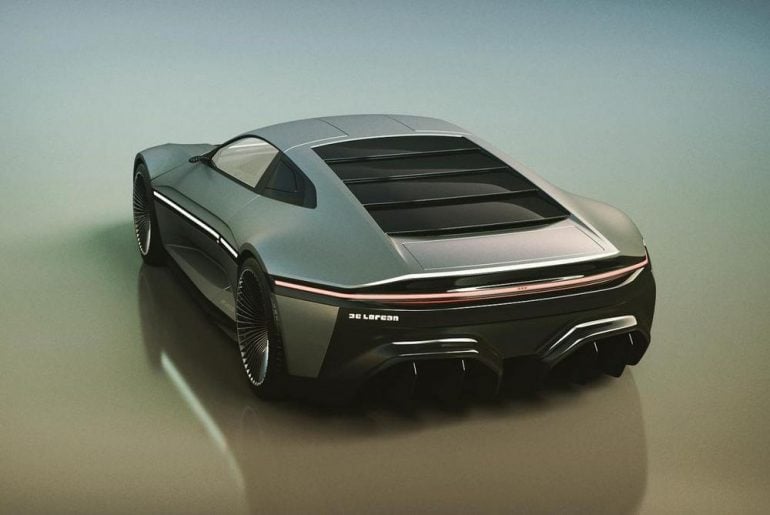 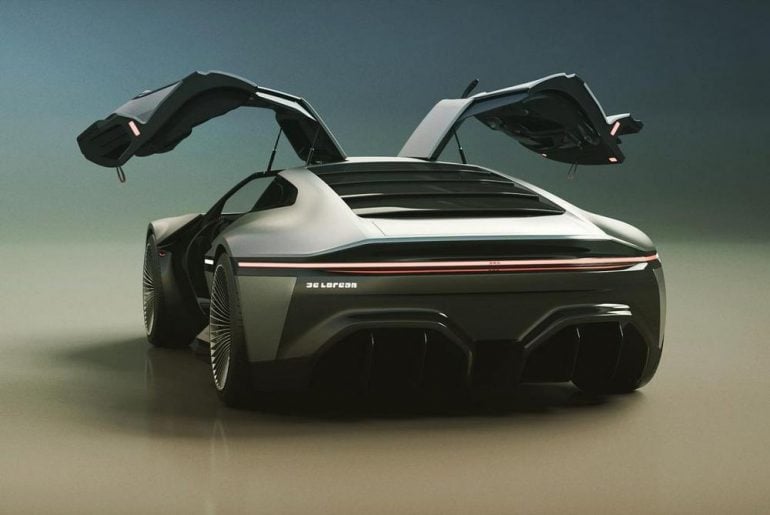 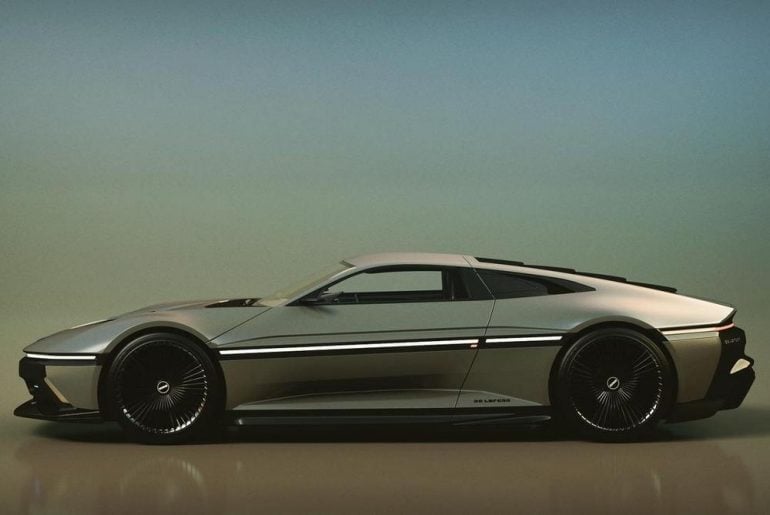 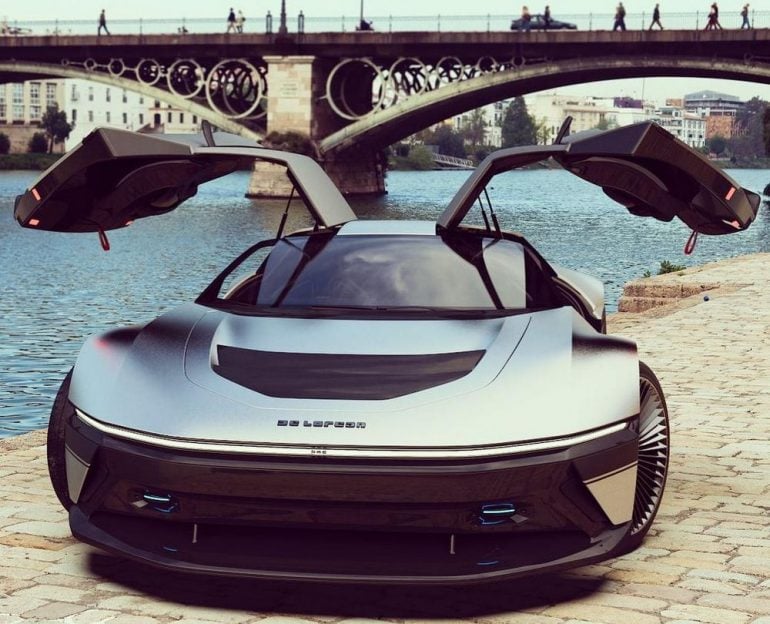 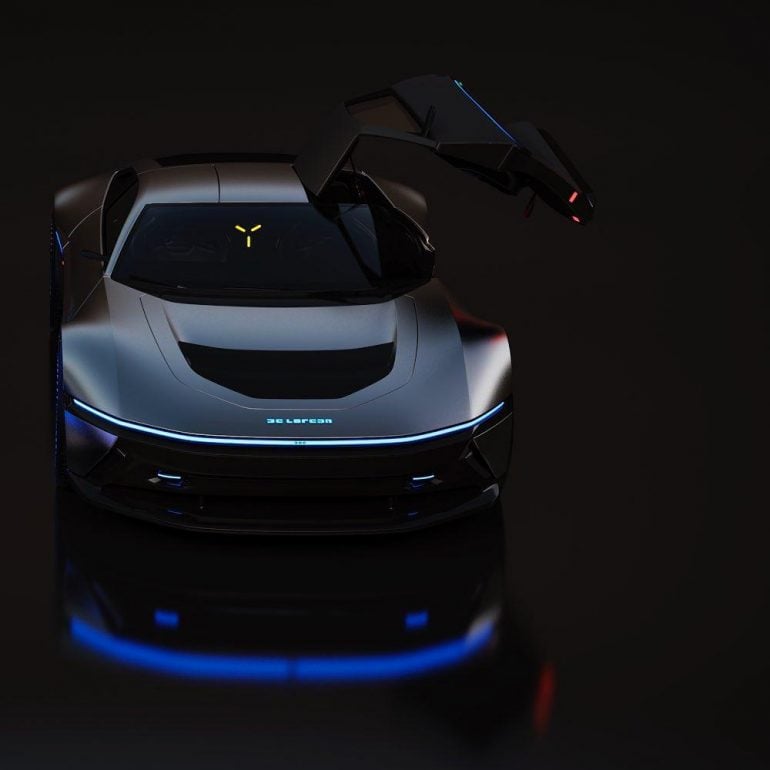 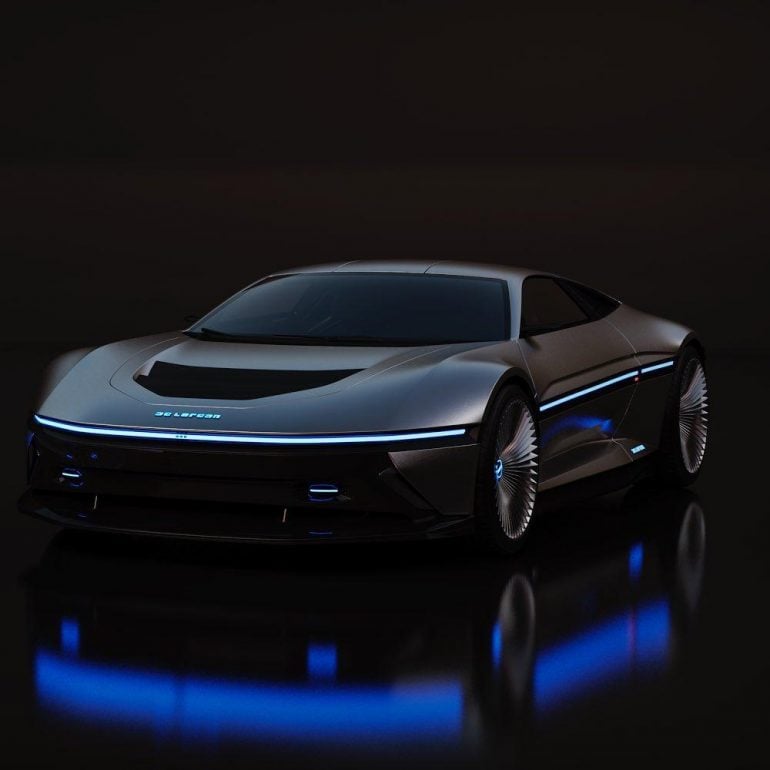 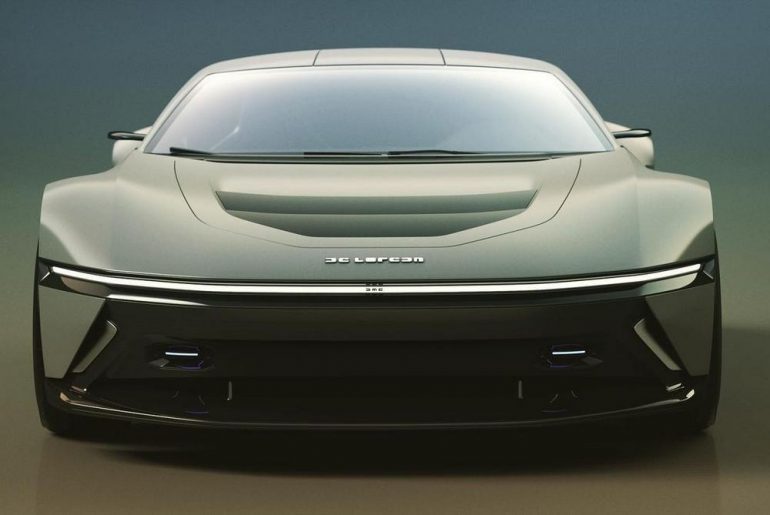 Tags from the story
DeLorean, Electric