Pagani Zonda just refuses to go away. Back in 2013, Pagani announced that the Zonda Revolucion would the last Zonda they would produce, but the hypercar’s unending popularity has forced the Italian manufacturer to regularly add new special editions. The latest in the range is another variant of the Zonda 760 line, and it’s the first we’ve seen with the Zonda’s roadster bodystyle. The special edition Zonda 760 features a blue and bare carbon finish similar to that of the Zonda Revolucion that was seen at the 2014 Geneva Motor Show, officially the last of the Zondas.

The special edition Zonda 760 roadster features a conventional manual transmission, just like the Zonda 760 owned by Formula One start Lewis Hamilton. Tim Burton aka Shmee150 gave a tour of this gem of a machine. The video was recorded at London detailer Topaz where the supercar was pampered with a clear protective film before being shipped to the owner who lives on another continent. All Zonda 760s come with AMG’s 7.3-liter V12 naturally aspirated engine pushing out 760 HP (559 kW). Watch the video of this special edition after the jump. 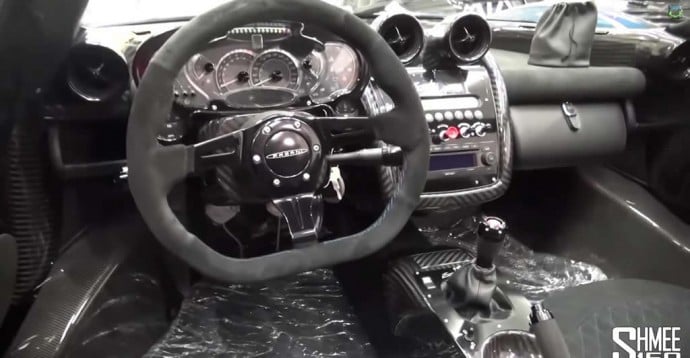 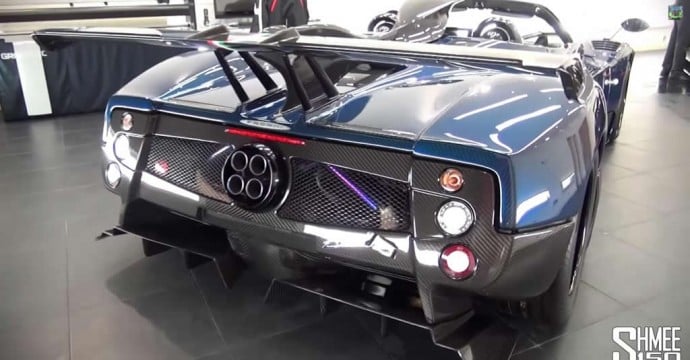 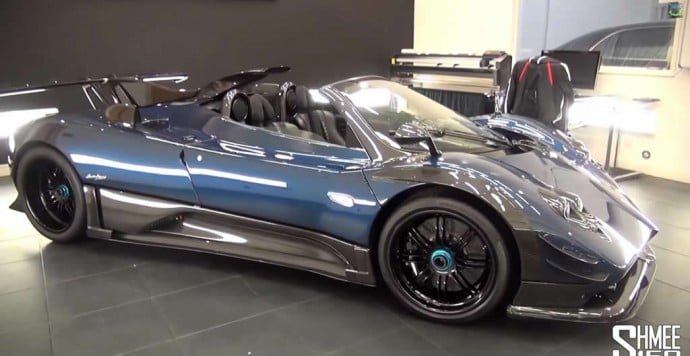 Tags from the story
Pagani-Zonda, Special-Edition